[VoxSpace Selects] Ilaiyaraaja : The Maestro And A Deeper Study Of His Subtle Favourites – Part One 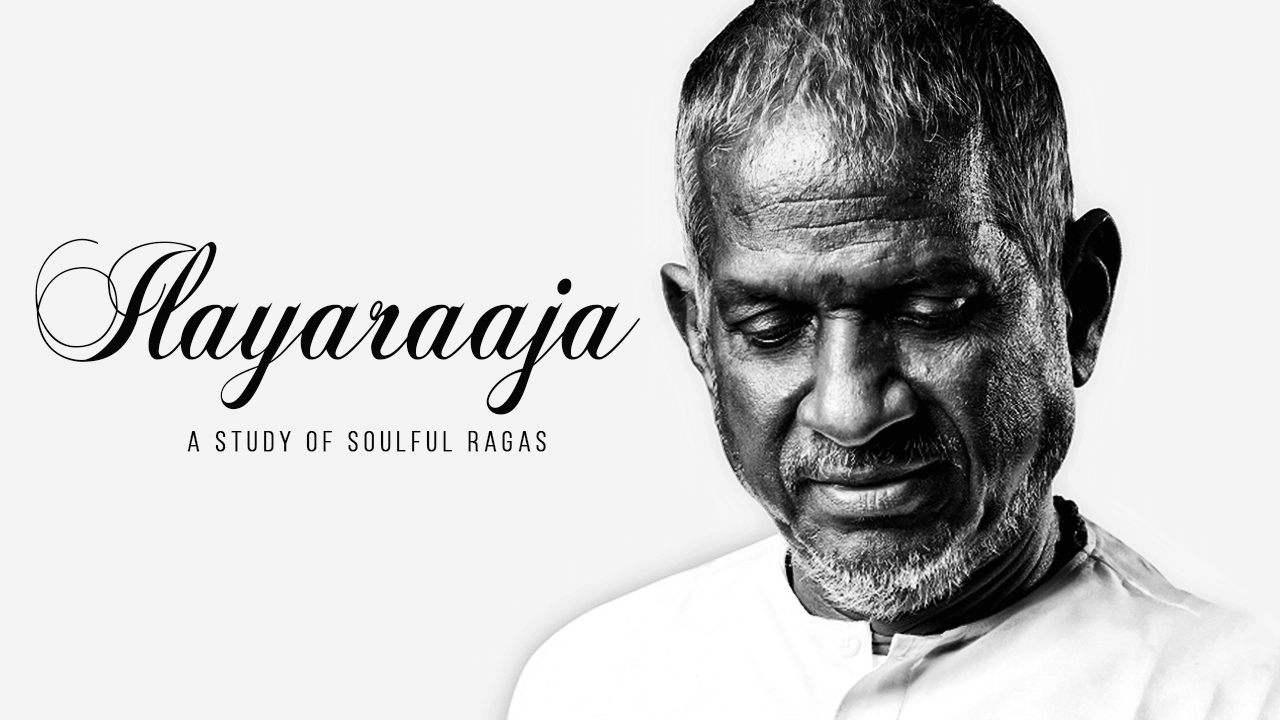 The Maestro Of World Music – Ilaiyaraja

Maestro Ilaiyaraaja needs no introduction to the world of Indian Film Music. He has the credit of revolutionizing the sound during the 80s- by blending various genres such as Jazz, Rock, Techno, Pop and of course Indian Classical along with Western Classical under one umbrella, which can be quite entertaining to all sections of the audience. This is not at all an easy task because there are various aspects of a composition and additional layers, which the common listener may not have a knack of. Coming to the concept of raaga, it is the most important and lively aspect of Indian Classical Music. Perhaps no other musical system has such intricate set of raagas and rare varieties which Indian Classical Music has. By saying Indian Classical Music, I mean Carnatic Classical Music, which is more prevalent in South India and Hindustani Classical Music which originated in North India.

Some of the musical purists link raaga to a certain emotion. For example, a raaga like Shivaranjani is always used during pathos scenario and a vibrant raga-like Mohana, is used to evoke feelings of love. But Maestro Ilaiyaraaja has redefined all those regular patterns which were set by composers earlier by using the unexpected!

The maestro also proved time and again that a raaga can be capable of evoking ANY emotion- provided it is used in the right manner! A simple example like Abbanee Teeyani – from Jagadeka Veerudu Athiloka Sundari composed by him is enough to say that a pathos raga can also emanate various shades of romance!

The Weaver Of Lives Infinitum

Being an ardent listener of Ilaiyaraaja sir’s music since childhood and repeated analysis of his songs and background scores,  I have observed him (knowingly or unknowingly) get drawn towards a certain set of raagas, which I would like to discuss here. A composer like Ilaiyaraaja, who gets tunes instantaneously without even deducing which raaga it might have been, for a music enthusiast – it would be an interesting topic of discussion.

It is a well-known fact that the Maestro is trained well in Western Classical Music as well- which made him fuse the best of both the worlds for the listener’s pleasure. He has been tremendously successful in bridging the long gap between Western Classical and Indian Classical music, which has been prevailing since ages. When it comes to his subtle favourites, which is the title of my article, here are some of my observations:

Love for Minor Scales (Keeravani/ Nata Bhairavi To Be Precise)

Western Classical Music uses minor scales usually to evoke feelings of eeriness, sadness and something darker in tone. These minor scales are roughly equivalent to Keeravani and Nata Bhairavi scales in Carnatic Music. In one of the concerts, Maestro Ilaiyaraaja clearly expressed his love for the Unfinished 7th Symphony by Franz Schubert and even demonstrated it with a live orchestra. Incidentally, this symphony is composed in minor scale! Isn’t it amazing that one minor scale classical piece could inspire Maestro to produce so many versatile and amazing compositions in varying proportions?

To give some examples, here are some songs:

1. Oh Priya Priya- Geethanjali: Though this song speaks of sadness and challenges faced by two dying lovers, the song evokes a sense of optimism and hope as it progresses towards the end. This itself shows that the Maestro has used the “sober” minor scale for a positive situation with amazing ease!

2. Priyathama- Jagadeka Veerudu Athiloka Sundari: Another complex situation where the lovers may or may not meet. But the song displays various shades of a strong emotional bonding with amazing symphony mastery and of course- Indian melody fused effortlessly!

3. Keeravani- Anweshana: The song’s name itself speaks about the raga and as the film’s theme is of forest backdrop, the eeriness is self-evident throughout. However, this is one of those “happy” minor scales which is a delight to hear! The interludes show up the blossoming of a fresh and unique love between the two lead characters.

4. Baba Sai Baba- Shirdi Sai Baba Mahatyam: A perfect example where a minor scale can be amazingly used for a sad situation. When something looks to shocking too be true and when the whole world around a person shatters, the emotion comes out in the form of such a song!

5. Chinna Chinna Vanna Kuyill- Mouna Raagam: Keeravani can also be used for showing up the feelings of a woman who has rediscovered her love for her husband. That is the exact scenario in this song and the Maestro does this quite effortlessly!

Romancing the Mountains with Pahaadi

Just as the name explains – Pahaadi is an exquisite raga which is known for its purity, softness and the pristine atmosphere of the mountains. It has been extensively performed by Hindustani Classical artists (both Vocal and Instrumental) and the Maestro too, seems to be enamoured by this raga. However, being true to his non-conformist self, the Maestro has used a highly cheerful raga-like Pahaadi, for a sad situation as well! Isn’t it wonderful to see how a bright raga, like Pahaadi, can show up feelings of doubt and shock?

Here are some of the songs in Pahaadi by Maestro:

1. Ade Neevu – Abhinandana: A failed lover is disappointed with his life. He wants to sing as if there is only one chance in life to sing! And guess what? He chooses Pahaadi! Maestro’s mesmerizing display of Pahaadi in this song is like a thesis for all those composers who aim at tweaking a raaga’s capabilities!

2. Yededho- Punnagai Mannan: Another classic example of a raaga paradox is seen in this song. A woman’s yearning for her lost lover is definitely something quite saddening. But the Maestro used a cheerful raaga, like Pahaadi, for this situation! Chitra’s succulent vocals and quite innocent interludes is another highlight of this number.

3. Mounamelanoyi- Sagara Sangamam: An all-time favourite of every late night listener, this song speaks mountains about unsaid romantic feelings between a reticent couple. The various delicate shades of a sensitive raaga– like Pahaadi are brought up in the so-called ghazal style for this song!

4. Yaar Veettu- Idhaya Kovil: A singer’s performance in the midst of troubles and challenges is quite a tough theme to choose from. But the Maestro zeroed in on a cheerful raaga, like Pahaadi, with a real challenging fervour and excels with flying colours!

5. Swarna Kamalam – Love Theme: A recurring theme throughout this classical flick by K.Vishwanath, the theme music speaks of innocence, sweetness, pristine quality- all being the trademark aspects of the Pahaadi raaga. The Maestro adds a dash of a funky bass guitar to give it a Jazzy feel which is another masterstroke!

I must confess that these are just some of the songs which I could do a little justice to them. There are a countless number of songs from the Maestro Ilaiyaraaja, in different languages, which follow this pattern quite admirably. More to come by in part 2!