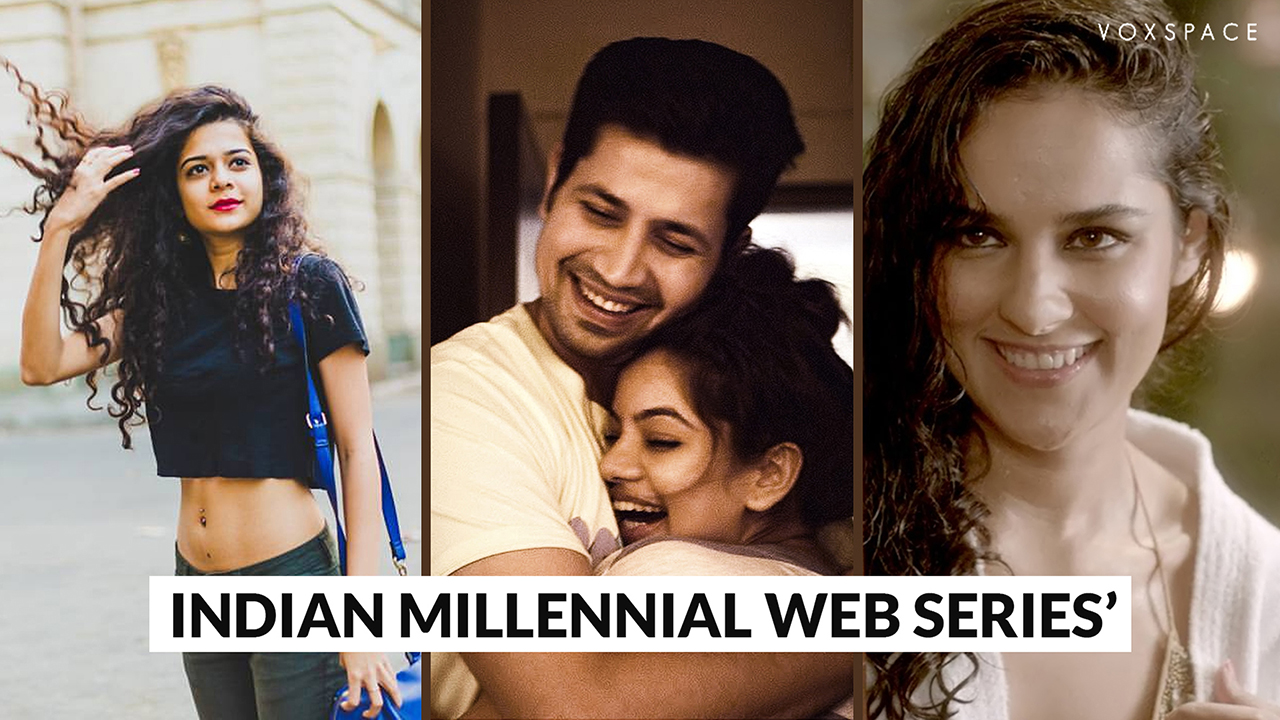 Most of us loved or still love watching sitcom series such as ‘FRIENDS’ or ‘How I Met Your Mother’ but to be honest, the last episode of these TV series had aired way back when we were teenagers or, perhaps, even before that. We still watch them because it’s relatable – the idea of having a motley of friends who are with each other through thick and thin resonates with us and more importantly, we don’t have any Indian equivalent to it. Thank god for YouTube!

This should give you an idea of the stasis the Indian television industry goes through or faces on an everyday basis. It doesn’t address the need of the millennials, the very same who are supposed to make India a superpower come 2020, at least, that’s what the number crunching says.

The Indian television industry, barring certain serials with limited seasons, has not produced anything that would make the young audience go through it. So, the only discourse that was available to many of us was to go and watch the overseas sitcoms. However, with the YouTube Series boom in the recent years, the scenario has changed radically.

We got fresh content, which brought up to date plots, relatable content and a lingo that we are comfortable with.  In a way, it addressed the void, which had been created in content demand, by providing indigenous characters and addressing pockets that, until now, had no proper portrayal on the small screen.

Suddenly risqué topics were being addressed, taboos were being flung, and the content was mature, yet light-hearted; exactly how we, the millennials, wanted it. To the Indian creators, YouTube Series also came as a boon. Getting a serial greenlit through a production house would require a lot of handwringing and stars, whereas getting into YouTube is as easy as creating the content and uploading them. Earlier, it started as a way to showcase their talents, portfolio but over the period, they understood that it was good business. There was money to be made via revenues, brand endorsements and creating content for brand promotions. An entirely different subculture started brewing in the country that made the traditional productions wary of its progress.

Going Beyond The Restrictions To Become Something More…

Breaking the mould of traditional content was something that was needed because, in the last few years, the Indian scene has changed rapidly. Nobody knew ten years ago what a start-up was supposed to be. Now, its a part of the Indian business scene, so talking about them was important. ‘TVF Pitchers,’ whose first episode aired back in 2015 was a big hit – four corporate lackeys quitting their jobs to follow their passion and the banter that ensued was something that the audience lapped up, because at that point in time, many were curious about the start-up scene that was emerging and they could relate.

The Indian television industry, however, failed to pick up the cue. Living together before marriage is not very uncommon among certain millennials, however, it is still seen as taboo by many and, therefore, we don’t get to see a series of them on the small screen. On YouTube, on the other hand, there is no moral policing or censorship, and thus, we got ‘Permanent Roommates‘. In similar tones, making fun of politicians on the small screen is a big no-no these days, but come over to YouTube, and you will find shows like, ‘Barely Speaking with Arnub’ or Arvind Kejriwal spoof by AIB.

The Freedom To Explore And Express – YouTube Series Have That

To create something, you need freedom, and that’s very limited in the small screen as well as in the movies due to censorship, whereas, the Internet is a place where content is only demarcated in two categories – either it’s good, or it’s bad. Even the production value of such content is way cheaper than that of a traditional television serial.

Real life locations, actors, who are talented but haven’t got their television break, a strong script and a decent dubbing and you’re good to go. This phenomenon is slowly being picked up by traditional production houses too; they have understood that for a very long period, they’ve been avoiding a huge chunk of the audience who would eventually become their bread and butter in the years to come.

Therefore, now you have ALTBalaji a Y-Films nudging their way into the territory, gauging the audience with experimental content. Biggies like Amazon, Hotstar and even Netflix are also eyeing fresh talent that made themselves famous via YouTube. This transition from television to YouTube series to streaming platforms significantly shows how India and its taste towards content and its consumption are changing over time.

Maybe, television, like radio in India, will also make a revival after rejigging itself to the needs of the modern audience. However, for now, if you snooze, you lose. Now, that we are here at the end of the line, it’d be a nice treat to give you a list of series that you can watch on YouTube using your phone, laptop or desktop and smart TV (see the choices we have now). So here’s a few and do something for humanity, write some of your favourite web series in the comments so that we can enjoy it too.

This is a hilarious web series about two people who are about to be married, it has Ali Fazal, Angira Dhar and Rajit Kapoor in it, who is always a treat to watch and they are supported by a stellar cast of comprising of Shernaz Patel and Gajraj Rao (or as you may know him as Jeetu ke papa) among others.

Girl In the City

Mithila Palkar shot into the limelight with this web series and it echoes to a certain extent what most of us have gone through while moving into a big city and going through the entire process of so-called “adult-ing”, have we become any wiser? It’s all debatable stuff.

This one hits quite close to home, that banter of two people who are finally settling down with each other for the journey of life. There is humour, there are troubles, and there are squabbles, but it’s all part and parcel of the journey called life.

Kanan Gill and Biswa Kalyan Rath reviewing old movies with a serious dose of humour and pointing out the WTF moments that took place in some of the classics back then and how cheesy the entire shindig was. Ever cried out of laughter? Well, go through this and you will.

What is a start-up? What is this disease that takes away corporate stooges away from their gilded cages of meritocracy in a well decorated and low paying office to a ramshackle room and a blackboard? Is it infectious? Will it happen to you anytime soon? Well, it did happen to four friends and… I am not going to give out the plot. So watch it and find out for yourself.