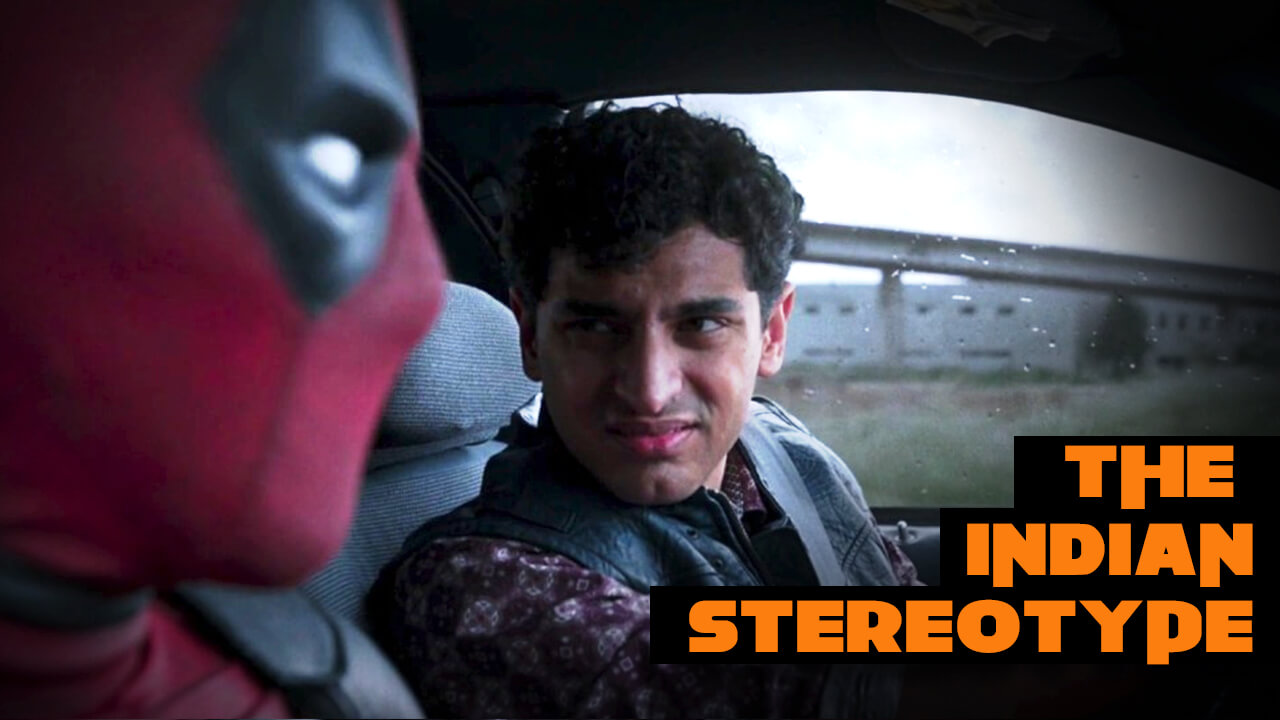 The Stereotype Representation In Hollywood – Indians And Accents

I was one of the sceptical ones, who sat in the movie hall waiting apprehensively for Deadpool to start. We all know how wrong Green Lantern went; so, I think at some level my scepticism was justified but as the movie progressed it all went away. It was a brilliant movie and, perhaps, Ryan Reynolds did more than redeem his name with it; however, there was a bitter taste in my mouth which I can’t seem to get out. It eclipsed everything of the movie with the nagging sensation.

I really didn’t get Dopinder’s accent. You know, Dopinder, the taxi driver who is paid by Deadpool with high-fives and the one, who keeps a man confined in his car’s trunk. I just didn’t think it was funny.

Maybe the reason for it was something that I have noticed over the years in Hollywood, a certain stereotyping of India and Indians over and over again, which stops being fun after a point of time and starts to bug. One ends up asking, do they even do their research or do they just pick up some random brown guy, lace him with a thick accent and say, “Here you go you are our designated Indian actor for the day!”

This is something that has been prevalent in Hollywood movies; seeping through an image of India that more often than not is filled with tradition, misguided beliefs and people, who never transcend more than certain social strata.

The Indiana Jones Effect – The Temple Of Doom

One of the movie franchises, which I loved growing up, was Indiana Jones, an explorer who delves into the farthest corners of the world and triumphs every time. In my formative years, I had ended up loving such a character; however, when I saw the second movie of the franchise, I was taken aback. The movie titled Temple of Doom, released in 1984, was full of stereotypes that had no solid hold in reality. The villain of the movie was Mola Ram, played by Amrish Puri.

The plot of the movie was set in pre-colonial India and Mola Ram was the head of a thug cult that worshipped Goddess Kali and did heinous things, such as wearing a headgear that has horns and general gnarly motifs.

In a scene, where Indiana watched perched in a high loft, the villain took the beating heart of a person, who appeared to have no fault other than the fact that he was a Shiva follower, with a singular stroke of his hand while muttering that it was a ritual sacrifice in front of an idol that had no resemblance to Goddess Kali in any way (in fact the statue was so ghastly, that the scene was more comical than scary).

The entire spectacle was filled with heightened theatricality and if I could even excuse it for creative freedom in movies, another came instantly to hit back that argument right in its face. In a palatial banquet, the guests were served snakes, spiders, monkey brain soup and while the sophisticated western female aide of Indiana felt like puking, Indian dignitaries were seen gorging on spiders and other delicacies and even belching in pleasure.

This is only the start of the goof ups. Over the years, the plots in several movies have bordered from incredulous to downright offensive. The pattern ingrains certain characteristics that are quite hard to get out of, such as of Indians being closeted, of having a phobia about religion, of not marrying outside their community, of being either a cabbie, a grocery shop owner or if slightly elevated, a doctor. Even those with views of demystifying the Indian subcontinent are off the mark. Ranging from the movies, such as The Mistress of Spices, Bend It Like Beckham, American Chai to the ones where Indians or India was shown like Mission: Impossible – Ghost Protocol, Million Dollar Arm, OctoPussy and so on – in all of them the bottom line remains that India or Indians have to be shown in extreme lights.

It has to be immensely poor, immensely complicated, immensely in dire need of saving, but never a country that go about doing what other countries do sans the mumbo-jumbo and a motley of elephants, snake charmers and religious dogma.

There are deviations from the mainstream stereotyping; people breaking the mould to make meaningful cinema that has honest portrayals of us; however, when Hollywood tends to have a notion, it likes to keep on confirming it rather than seeing the error of its ways.

The Caricatures And Branding – The Cathartic Categorisation

“There is a very big stereotype with Indian actors, and you get only Indian parts.” Even Kal Penn went online in Twitter slamming the “racist and stereotypical” portrayal of Hollywood, as he was offered a character, which had reduced Indians as mere caricatures and buffoons.

Found a bunch of old scripts from some of my first years trying to be an actor. pic.twitter.com/GydOwlUKGW

Some even went the extra mile to hide their original identities to avoid the stereotyping and actually emerged as completely different men. For example, Krishna Pandit Bhanji, who changed his name to Ben Kingsley and now has Oscar, BAFTA, Golden Globes in his kitty and “Sir” before his name.

Some also let go of attaching their names with big projects, such as Aziz Ansari, who gave up a role in 2007 movie “Transformers” because he was asked to make his accent ‘more stereotypically Indian’.

However, the problem actually persists more on a psychological level. There are Indian actors down in there that would do these roles because they need the money and they are just starting out. They won’t look at the bigger picture because it is not for them to look; it is for us to question. It is for us to slam stereotypes every time they emerge on the silver screen because, maybe, then only we will be able to bring forward a change that would put us in a better light in front of the world of cinema goers and not as a nation of snake charmers and people who are dogmatic in their ways.