Narayan Debnath’s Bantul – The Great: A Home-Grown Superhero With His Own War Agenda 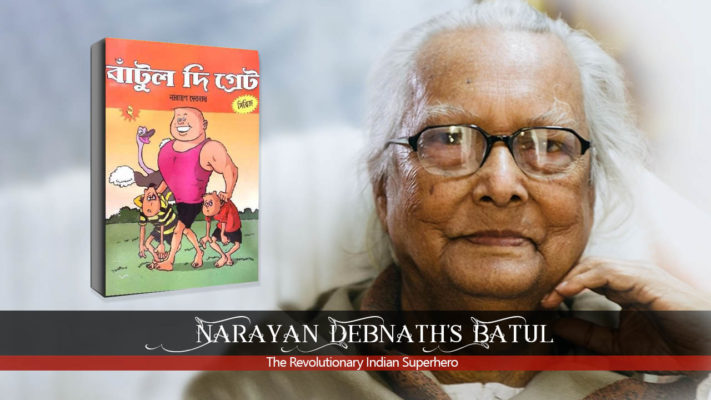 I am pretty sure if I ask you right now Marvel or DC? You will pick up a camp. You will spend paragraphs discussing how hyped you are about the upcoming Avengers movie and why the last Justice League movie failed to impress you. This is something quite common in us and I am also engrossed in the same discussion when these topics emerge in front of me. There’s nothing wrong with that; we all love comic heroes.

Let me just retract that. We all love the comic heroes that are imported into our country via westernisation. There is nothing wrong in that. When comic book publishers fine-tune their paperbacks into movies they come with a lot of oomph; it’s marketed heavily and as a subsequent effect, there is a lot of traction, interest and hype. However, what I do find wrong is people forgetting our homegrown comics. India has had a rich history of comic heroes, protagonists and antagonists. Some were borrowed, some inspired, and some created out of propaganda. We have conveniently brushed them aside.

There are several instances of comic book heroes rising into the prominence out of political propaganda or as a reaction to a certain movement. You see, when humans fail, it’s from these books that the “ideal” individuals arise, to demarcate right from wrong.

Consider the two corner Stones of DC and Marvel. In Marvel, we have Captain America, who has served in his early runs as a propaganda tool against the Nazis. If you have seen the initial mockups and the subsequent iterations of this fictional evil organisation called “Hydra;” I am pretty sure that the obvious references have not escaped your notice. As for Superman, in DC, his catchphrase for a decade in television, movies and print was “Truth, Justice, and the American Way” – this should be enough for an explanation.

In India too, a phenomenon similar to this had risen in Bengal during the partition of India and its aftermath.  As per my research, there were no other propaganda heroes in India prior to that, in the nascent comic book scene. Therefore, this story is about India’s first comic book propaganda hero.

When Bengal Used To Be The Cultural Hub Of India

There is a statement that used to do the rounds in West Bengal and it went something like – “What Bengal thinks today, India will think tomorrow.” I hail from Bengal, and I can absolutely assure you that we don’t harp this statement these days. However, there is some truth to that statement when you look at the era we are talking about. The British had made Calcutta (not Kolkata) their main hub of activities, and in urban Bengal, there came a wave of education propelled by stalwarts, such as Ishwar Chandra Vidyasagar, Ram Mohan Roy, Vivekananda, Tagore and others. Bengal was running on an ultimate high; the amalgamation of brains and brawns in the fight against the tyranny of the British. This continued for years even when the British left.

When the British left Bengal, the partition of India had left Bengal with a sore problem. Previously, during the British Raj, Bengal had been partitioned on the pretext of good governance. Although people of West Bengal voiced their discontent, the partition was going to be there. Post-independence, India was broken down into India and Pakistan. While the demarcation of the land was pretty much even in the north, in Bengal a new problem arose. During the wee years of independence, we had East Pakistan. Yes, the country that was going to be Bangladesh very soon but not yet. What happened then was a war between the newly created states of India and Pakistan over the territories and this is exactly where things started getting interesting in the annals of Indian comic literature.

A Naïve Illustrator And A Comical Super Hero 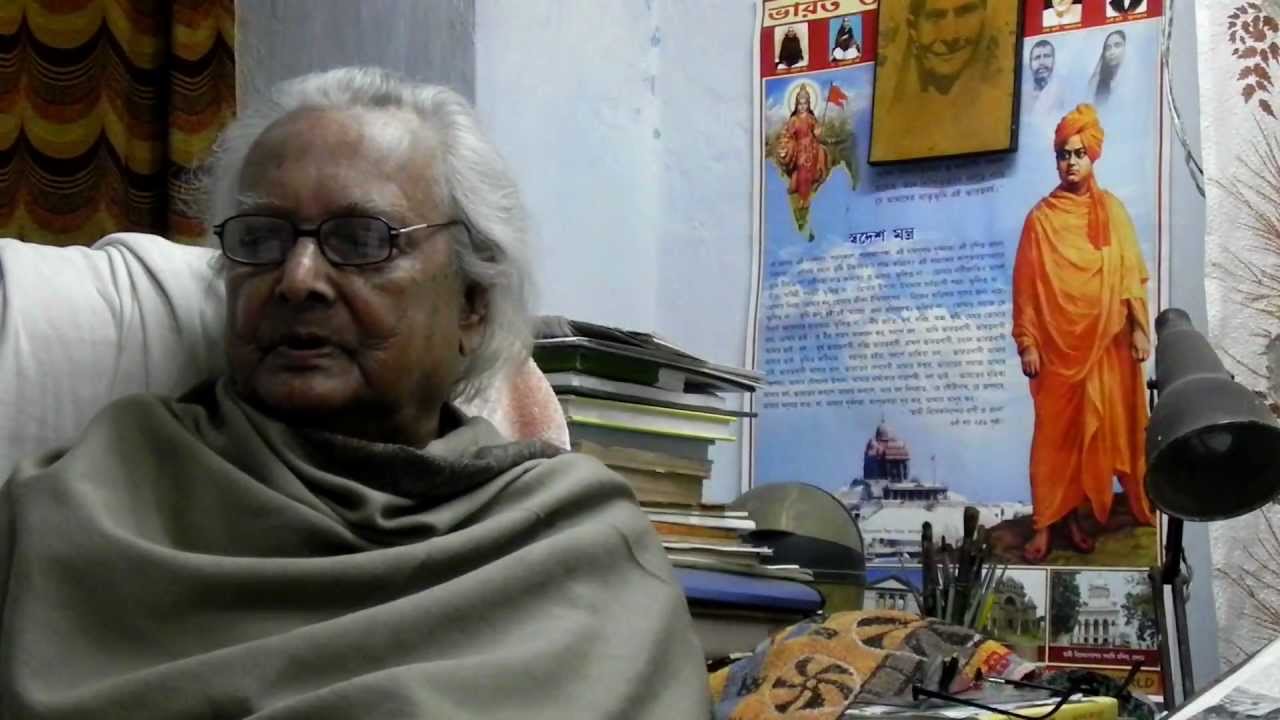 Narayan Debnath should have a plaque in the sanctum sanatorium of Bengali intelligentsia because he is the one, who gave momentum to the comic book scene in Bengal as well as India with characters, such as Handa-Bhonda, Nonte-Phonte and yes Bantul – the great. According to legends, on the insistence of his publication house, Debnath created a comic character for a leading children’s magazine of Bengal at those times, based on his friend Manohar Aich, who was the first Indian to receive the Mr Universe title.

Debnath was not very sure of what he should do with his comic character; so he ended up with a rough drawing of a man, who had extremely thin legs and arms, wears a vest and shorts and has the face of a child along with a huge protruding bodybuilder chest. The intended effect was to make the entire thing ridiculous. Little did Debnath know, that within a year of the creation of his character Bantul – the great, the Indo-Pakistan war would break out, and he, along with his character, will play a pivotal role in that story.

India had, after years of struggle, gained its independence. Although its areas had been largely diminished due to the formation of Pakistan and East Pakistan, it was ready to lick its wounds and strive for a better tomorrow. However, when things were slowly subsiding, war broke out within the two newly formed countries. Indians were not looking forward to a war; neither was the Indian government and it’s newly formed army. Then again, when it’s war you have to keep the enemy at bay. So, away they went, to fight their new neighbours.

At the very same time, Debnath’s publication house had an idea – what if the war could be explained to the commoners in the form of comics; what if they could keep up the morale of the Indians by showing that they were winning the war! This was the need of the hour because the Indian sentiments were at an all-time low; they had just come out of a long struggle and patriotism, a raging sentiment, if cashed on heavily could burn itself out.

Narayan Debnath was asked to give “Bantul” (a Bengali word for short height) a makeover in order to make this character “great”, by giving him what one can only construe as superpowers. What was the purpose of such a directive? Well, Bantul, now Bantul-The Great, was now going to be packed away in his comic strips to the borders, where he was going to fight the enemy. The moral boost exercise went immensely well in those days because those who read the strip, especially the young impressionable minds, were given a dose of patriotism in bytes that they could understand. What made Bantul- The great, great? Well, for starters bullets would ricochet from his body, he would hit 20 people at the same time, and he could easily take a cannonball and throw it back at the army. You think of the incredulous and he could do it. This helped immensely in the war efforts because in a few years it came really close to heart when West Bengal’s own crisis began, as Indian troops descended on its streets to aid East Pakistan to become Bangladesh. The condition of Bengal, the birth of a new nation and the mortar shells spilt in the efforts of the war – all encompassed in the escapades of one superhero, who was there fighting the good fight and the moral compass that the Indian and West Bengal public needed.

Slowly, Everything Comes To An End

Debnath and his creations, even his overvaluing and overachieving superhero, failed to fight with what takes away everything at the end – time. With the advent of westernisation and a burst of “American” superheroes ‘Bantul-The great’ started to fade away. Although Debnath is still alive today, he has fallen prey to rampant plagiarism and corporate greed. There are interviews where he talks about how his creations are used without permissions, how some, who publishes comic strips, have aped his characters and reduced it into a farce.  Oddly enough, there is no action taken from the government corridors or the literary society.  A reminder of India’s greatest ironies – we have always sidelined our own home-grown heroes.