Karnataka Elections : Results And The Consequent Mockery Of Democracy 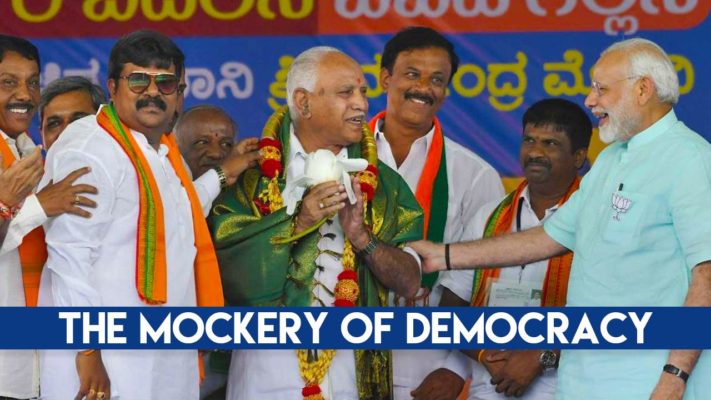 Karnataka was the focal point of Indian politics since the last few days as it was witness to a keenly watched contest between BJP, Congress and JDS. Ex-CM Siddaramaiah was designated with the charge of defending the Congress from further embarrassment as it had only 4 states under its control, as opposed to the BJP, which had its government in 22 states. The BJP juggernaut has not shown any signs of slowing down after its huge victory in the 2014 general elections. The trend was again repeated in the Karnataka elections, where the BJP became the single largest party with 104 seats.

The Congress, on the other hand, was restricted to just 78 seats as compared to 122 seats during the 2013 elections. It was the JDS which ultimately stole the show by bagging 37 seats in an election in which both BJP and Congress were hell-bent on cancelling it out and projecting the elections as a direct contest between BJP and Congress. The JDS had also accommodated the BSP as an ally, which won the elections in Kollegal seat, which is also the first assembly constituency it has ever won in Karnataka.

Congress-JDS alliance in Karnataka LIVE: Both the parties to meet governor for government formation

As soon as the election results were announced, the Old Guard of Congress, which included Ghulam Nabi Azad, Ashok Gehlot and Sonia Gandhi, quickly sprung into action and announced unconditional support for JDS. This was in sharp contrast with the previous such occasions in Goa and Manipur, where the delay in action on part of the Congress had facilitated the formation of BJP’s government.  HD Kumaraswamy from JDS was accepted by Congress as the next Chief Minister of Karnataka.

Ex-CM Siddaramaiah, who enjoys a bitter relationship with the JDS owing to his defection from the JDS in the past, was quickly sidelined by the Congress. The two parties have also been successful in roping in 2 independent MLAs, thus taking their overall tally to 117 which is comfortably above the magic mark of 113.

The nation witnessed a brazen violation of democratic norms when VS Yeddyurappa from the BJP was sworn in as the Chief Minister of Karnataka, in spite of his party failing to near the halfway mark. Initially, the Governor was approached by both the BJP as well as Congress/JDS to stake claims on making the Government. An abnormally large period of 15 days had been granted by the Governor for proving majority in the house. Political commentators have viewed this step with suspicion, as it gives an opportunity to the BJP to indulge in Horse trading and arm-twisting to force rival MLAs to defect from their parties.

Governor Vajubhai Vala has been a long time RSS/BJP leader and has also served as the Finance Minister of Gujarat. He had also vacated his seat for PM Narendra Modi in 2001 and was made Karnataka Governor in the year 2014. Congress approached the Supreme Court against the step taken by the Governor and a late midnight hearing ensued. The Judges of the Honorable Supreme Court, however, refused to stay the oath-taking ceremony of Yeddyurappa citing Article 361, which states that the Governor is not answerable to the court for the exercise of his powers. 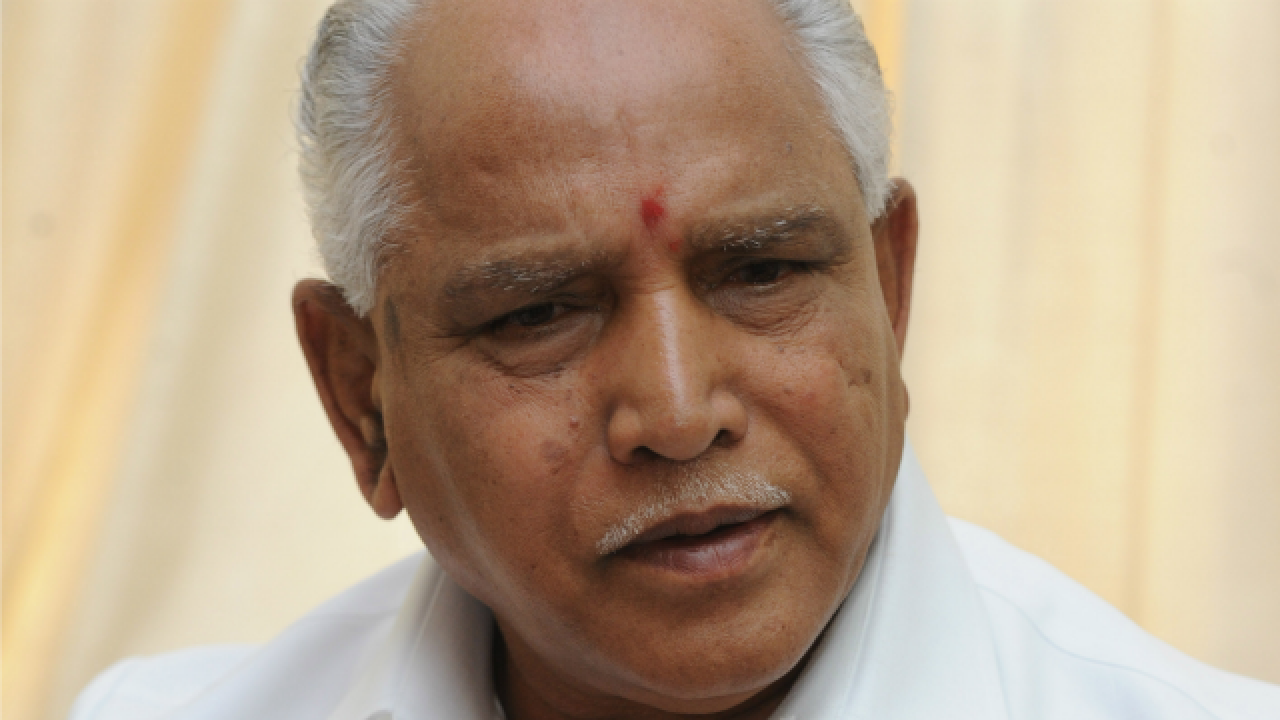 Senior BJP leader Arun Jaitley had tweeted “In a hung assembly if the majority of the elected MLAs form a coalition, the Governor would be constitutionally right in inviting the leader of the majority coalition to form the government and prove their majority within a short period.”

When asked about BJP’s government formation in Goa. The BJP went as far as announcing the swearing in of Yeddyurappa even before the announcement by the Governor.

A similar case was reported in the past when the BJP had tweeted election results before the announcement by the Election Commision. There has been much hype in the media around Amit Shah’s ability to make governments without obtaining people’s mandate. JDS chief Kumaraswamy held a media conference stating that the BJP was offering its MLAs 100 crore rupees along with a Cabinet Minister post in order to shift their allegiances. Such acts of open horse trading and the subsequent celebrations by news channels, by terming it a political masterstroke, is nothing but a blot on the Indian Democracy.

The weakening of democratic institutions such as the Election Commission and Governor etc will shake the very foundations of Indian democracy and will spiral India into a never-ending cycle of despotism and anarchy, which would prove to be very costly for all its inhabitants.