Remembering Gauri Lankesh : The One Who Spoke Truth To Power 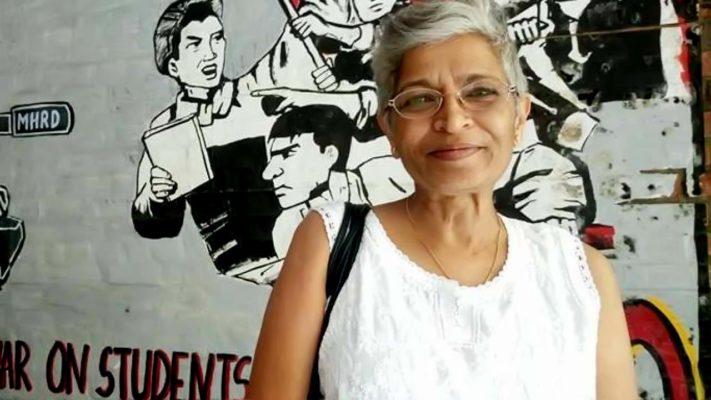 Gauri Lankesh- The One Who Feared None

Gauri Lankesh, the name itself is now an icon that stands for freedom of expression, for freedom of having a political ideology. Exactly one year after the murder that shook our country and the journalist fraternity all over the world, where are we standing now? How far are we conscious about what is happening in this country?

To those who don’t know her, or deliberately chose not to know her, she was a journalist-activist and editor of Lankesh Patrike. Daughter of Kannada writer and journalist P Lankesh, Gauri was a sympathiser of the Naxal cause and a critic of Hindu fundamentalists, communal politics and the caste system.

She was shot dead on the evening of September 5 last year with a 7.65-mm country-made pistol when she was opening the door of her house in Rajarajeshwari Nagar. Of the total seven bullets fired, four-hit her. Coming as it did following the murder of MM Kalburgi, Govind Pansare and Narendra Dabholkar, the murder was considered as a way to silence those who are anti-establishment or critical of issues.

The Special Investigation Team (SIT) probing the murder of activist-journalist Gauri Lankes are at the last stage of their investigation and could file the charge-sheet in the case within the next two months.

The first arrest was made six months after the assassination, and now 12 persons, including the man who supposedly pulled the trigger as well as other suspected conspirators are behind bars. The Hindu reports, the investigations point fingers at an unnamed gang, some of whose members were associated with Sanatan Sanstha and its affiliates.

The same group are the suspected to be behind the killing of four rationalist thinkers – Dabholkar, Pansare, Kalburgi and now Gauri Lankesh. Parashuram Waghmare, the alleged shooter of Gauri, was a Sri Ram Sena worker accused of hoisting a flag of Pakistan in his hometown, Sindagi, in 2012 to stir up communal tension. He was recently acquitted of the charge.

Investigations show that Gauri Lankesh was among the 26 people who were in the hit list of the rightwing extremist group. The list included ten people from Karnataka including Prof KS Bhagwan, Girish Karnad and Chandrashekar Patil as they were critical of the Hindutva ideology.

Dr G Parameshwara, Karnataka Deputy Chief Minister and Home Minister said, “I cannot reveal anything as far as the case is concerned because the investigation is still on.”