[VoxSpace Life] John Chau And The Sentinelese : Without Historians, The History Of The Hunt Will Always Glorify The Hunter 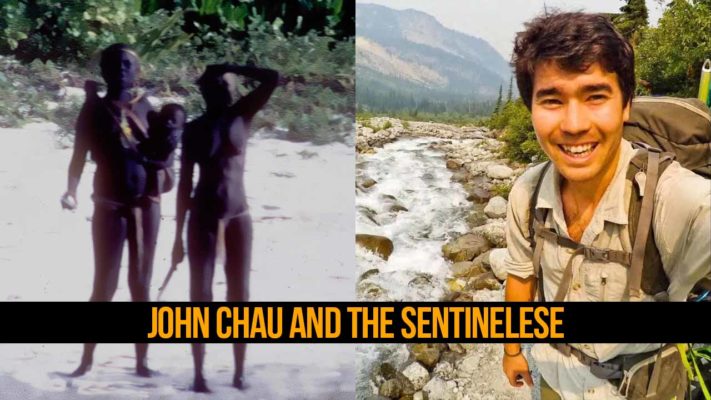 John Chau, A Saviour In Disguise? I Am Afraid Not

Early persecutions and forced conversion to Christianity included mass burning and attack on private properties of the non-Christians. During the Dark Ages, churches started to commission the burning of Pagans in the name of “witch hunts” which, centuries later, interestingly coincides with John Chau’s statement on the Sentinel Island, “Lord, is this island Satan’s last stronghold.” Chau was killed at the North Sentinel Island, Andaman and unfortunately, I cannot find any martyr lurking underneath the garb of this white supremacy.

The diatribe coming from the West, ensuring the incident, is mostly revolving around the savagery of Sentinelese. It is indicative of a lack of respect towards the age-old practices of aboriginal tribes. There is no beating around the bush here, and I have seen bigotry mushrooming mostly from zealots and media houses. Chau’s death might pave way for many scholarly dialogues, but any speculation on the large-scale exploitation of the tribes occupying Andaman and Nicobar Islands is lost in the quagmire. The burden of killing a white American tourist hangs squarely upon the Sentinelese, their habits and practices a spectacle for discussion.

Sentinelese, Not A Paraphernalia For White Missionaries

Chau flouted rules and bribed locals to reach Sentinel Island, where even government’s authority is reduced to remote monitoring. Sentinelese people who are existing only in a handful, are fiercely protective of their territory and culture, speaking their own language, their history and tradition encapsulated firmly within the cordoned off area.

Their infuriation on spotting anthropologists or even rescue helicopters has been preserved dutifully in the annals of time. Therefore, one should know better than contravening and attempting a sort of forced interaction with the Islanders. Sentinelese language has no written record so far and historically, they share their language with none of the other inhabiting tribes. The same has further proved detrimental to establishing meaningful communication from the outside world.

Chau’s expedition is not merely abusive to their antiquity but, raises questions on the efficiency of Indian government and Navy’s supervision of the area. The “handoff eyes on” policy clearly been made lax and Chau’s access to the cordoned off area is simply more than a security lapse. The handful of isolated survivors have been declared as one of the most “enigmatic people on our planet” by The Seattle Times, and should never be lost to diseases and forced assimilation into a dominant religion.

Newspapers and magazines (mostly) run by Christian minority institutions, describe Chau’s conundrum as “murder” by “hostile tribe”. It almost normalizes a forced attempt to forge a new identity for these people, on their behalf, with the help of religious doctrines.

“I see him as a martyr. He was someone who died out of love for these people to bring the good news of Jesus Christ,” John M. Ramsey, a friend of the deceased. It is almost like proclaiming that white colonisers plundered us out of profound affection and selfless love!

To make the situation worst, media has played an overwhelming role to fuel this Christian white supremacy through their choice of wordplay. Snippets of news have been shared and criticized openly for its portraiture of a subverted image of the Sentinelese while supporting the belief that they are intrinsically inferior and needed to be brought under the halo of Christ.

Not A Subject Of Western Conscience

Sentinelese, who are acutely averse to any outside contact, needed not to be merged into one common identity, history and mission as the American missionary Chau had in mind. The efforts to bring them under mainstream civilization by our colonial ancestors and Andaman authorities have been terminated decades ago. Sentinel Island has been cordoned off since 2004 and the Islanders do not hold any record of making peace or negotiation with intruders. Calling Chau a martyr is anomalous to the accepted rules and regulations as set by the Government of India for one of the last surviving indigenous tribes on earth.

The Sentinelese tribe in brief

Very recently, I happened to stumble upon an article where International Christian Concern had asked for justice to be meted out. Chau’s family in the meantime has decided to “forgive” the Islanders out of a queer sense of ownership of these people which frankly, is stupid. This truncates any further discourse regarding the imminent threats that Chau’s presence might cause them, including fatal diseases that can wipe out the entire population in a blink.

Tourists can throw sweets and photograph Jarawa people, another indigenous tribe of Andaman, from fringes of their marked territory. Generation’s hankering for “wanderlust”, has blotted out these islanders’ privacy long ago. Widely circulated videos of tribes dancing and parading naked for foreigners’ amusement, as authorities who assume innate control over their bodies spank their naked butt in jest are easily available on the internet.

Amidst the prevalent horror, the fantasy of spreading Christianity and condemning a 60,000 old well-conserved culture as “Satan’s stronghold” is typically parochial and should never be glorified with the tag of a martyr.

Sentinel Island remains shrouded by a mystic enigma and a degree of sensitivity is required for preserving, revering, and depicting the Islanders. The UN previously had questioned the Indian delegates, asking about the protective measures adopted in favour of tribes, which as a fact, has gone unanswered. It is high time that the delegation frames a detailed report on how far they have been successful in maintaining the thin line between tourism and “tribal tourism”.