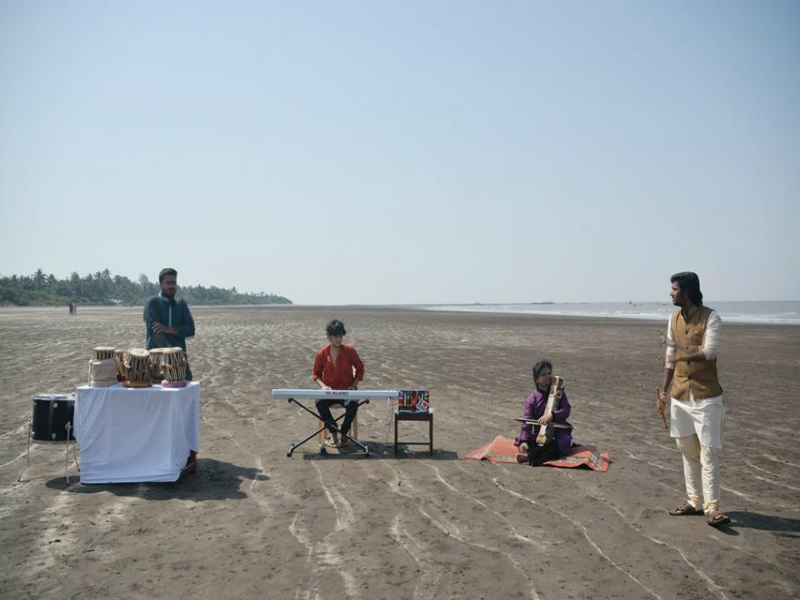 On the internet, where everyone seems to be doing the same thing, Tushar Lall, Samay Lalwani and Prathamesh Salunke have hit the sweet spot with Indian Jam Project. The trio takes popular soundtracks and gives them an Indian classical makeover. Their four videos, released on YouTube, already have 574,582 views and counting.

“I had this idea in my head for the longest time,” says Mumbai-based Tushar, who plays the keyboard and is also the composer-producer of the Project. “The response has been overwhelming,” he adds. The group’s first video was a cover of the Game of Thrones theme song. Musically it was sound, however, they felt that they needed to up the visual ante a bit. Says Tushar: “I play the guitar as well, and my friend Tuhin Mukherjee, who is part of Red Seems Right, a rock band we formed together, is an aspiring cinematographer. He immediately agreed to help us.” The change seems to have done them good; cleaner visuals and scenic locations such as beaches and rooftops have amped the aesthetic as well as the auditory quotient of their videos.

The three lead artistes are good friends from old. While Tushar and Samay are friends from Jai Hind College, Mumbai, Tushar met Prathamesh at a college fete. “We just clicked and he was as gung ho about Indian Jam Project as I was,” says Tushar. Samay is the group’s percussionist with his tabla and Prathamesh plays the flute. They also share a love for the same kind of music. “Well, Tushar makes me listen to a lot of stuff…and then I end up liking the same thing! Right now, we’re both fans of Michael League, the bassist-composer leader of fusion band Snarky Puppy,” says Samay, with a laugh.

So how do they decide on the content of their creations? Is it based on their favourite shows, given the recurrence of Game of Thrones theme covers? “It’s really hard to choose, actually. It doesn’t depend on what we like. Our main objective is to Indianise what we can. So if there are tracks that we can work with, and at the same time can evoke emotions in the listeners, then those are our picks,” says Tushar.

Samay is determined to counter any misconceptions about the Project. “We’re not a band,” he says. “We’re a collaborative platform and we’re looking to work with a lot of artistes.”

In fact, they have just completed their first collaboration with sarangi artiste Sandeep Mishra for the Project’s cover of Klaus Badelt’s ‘He’s A Pirate’ from Pirates of the Caribbean: The Curse of the Black Pearl.

Indian Jam Project’s plan is to go with the flow. “We can’t really describe our sound yet,” chuckles Samay. “We’ve got some sort of experimental, Indo-Western fusion thing going on that we’re trying to explore,” he adds.

Their content too isn’t set in stone. “Right now, we’re trying to make it in the music scene. We’ve got many gigs, including one in Texas, lined up, as well as some original compositions. But you know how it is. First we need to build our crowd up. And what we’re doing with our covers goes a long way in helping us with that,” says Tushar.