An Analytical Study Of Our Immense Crush On Vidya Vox..!! 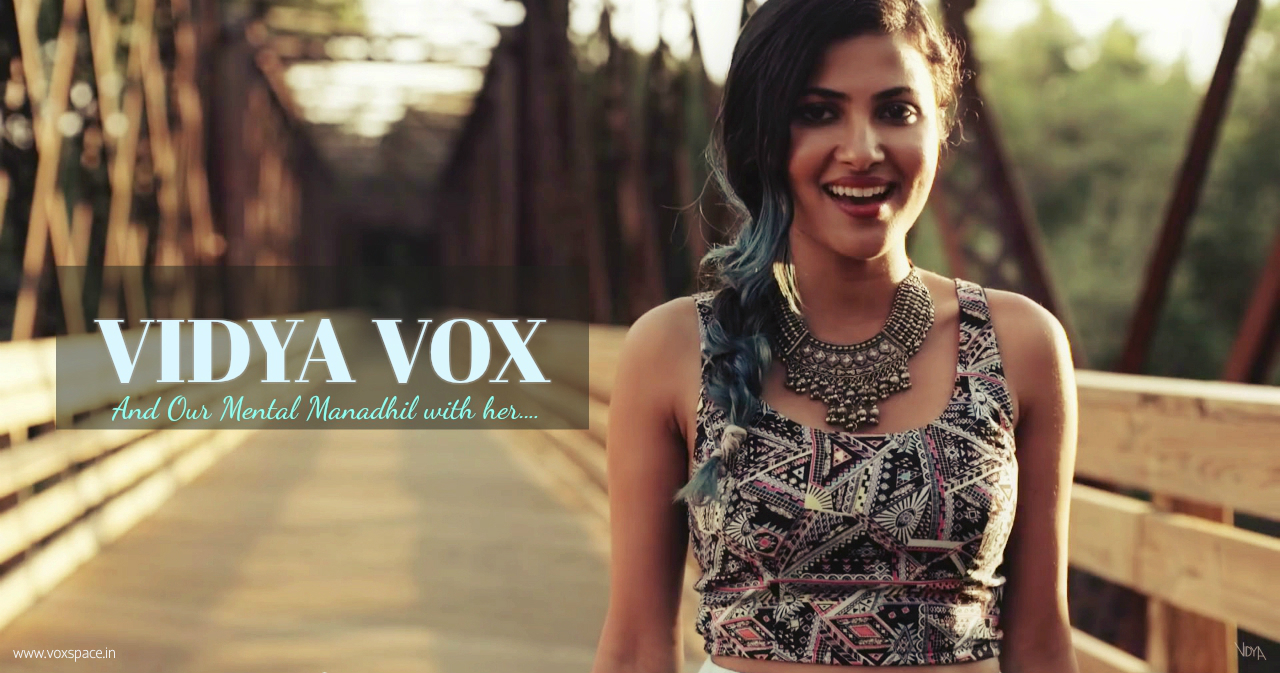 For my fellow humans who exists perhaps under a rock, Vidya Vox ( aka Vidya Iyer ) is a humongous name in indie-pop culture. Her mash-ups, brilliantly muxed and performed, come out once a month and capture the imagination of every music lover around the globe. But then, what makes her stand out? That’s the question that we’re trying to answer today. Well, let’s not drive a thesis here, but yeah let’s chart a graph shall we.

You could just say that she’s a fantastic singer. End of story. Bye. But that’s just one part of the story. The larger bracket of brilliance is trying to walk her journey. Vidya Iyer, ( before she came to be known as Vidya Vox ) hails from Chennai and grew up in Virginia. Now, not many people know that Vidya is a trained Carnatic singer, receiving her mentorship from renowned guru, D.K. Nagaranjan. While obtaining her Psychology degree from George Washington University, Vidya started making YouTube videos, which opened a door she never dreamed of. Do you remember the initial collaborations with her sister, Vandana Iyer for the Shanker Tucker productions. One word -- ShrutiBox. Anyone? Noone? Sigh! Anyways the grouping, ShrutiBox had an immense following in 2011-2012. From that erupted a talent so incredible that she touched ( at the time of writing this article ) a million subscribers on the official VidyaVox channel.

Well, if you don’t already, you’ll find the below link super refreshing to see Vidya in her initial days.

Thereafter, Vidya Iyer started her own mashup videos under the production and collaboration of Shankar Tucker. Under a new name VidyaVox, she started a mash-up culture which was both innovative and brilliant. It was no longer just about singing the perfect tune. It was now the brilliantly fusing two successful singles from opposite sides of the world, and achieving a heavenly sync to them. That probably became one of the biggest strengths of Vidya in achieving an ever growing fandom. Her initial mashups included the works of Sia, Ellie Goulding, and Ed Sheeran. But then, it wasn’t till she took up a near genius fusion of Taylor Swift’s Blank Space with AR Rahman’s Mental Manadhil, that she really arrive at the international scale. Her position as a YouTube celebrity got cemented and glorified by this following track.

The next point was her presentation. Though, mash-ups are not entirely a new concept, Vidya achieved great success in showing them, rather presenting them, in a subtle, aesthetically pleasing manner which bode well with her soothing soft voice. Be it Calvin Harris-Balam Pichkari mashup video, or Kerala Boat Song video, you could easily be transported to a whole new level with the way they are shot. The whole package perhaps makes people revisit Vidya’s videos time and again. All the more fun is what I say.

Do I really need to go on and on about this thesis on Vidya. Nay, not really. I’m way too captivated to go on. Rather, I’d just say. If you aren’t following her already, you are basically missing out on something incredibly beautiful for your heart. Happy Vidya to you..!!

A few of our most favorite videos of Vidya for you to love :