Age Is More Than Just a Number. It’s A Mindset. 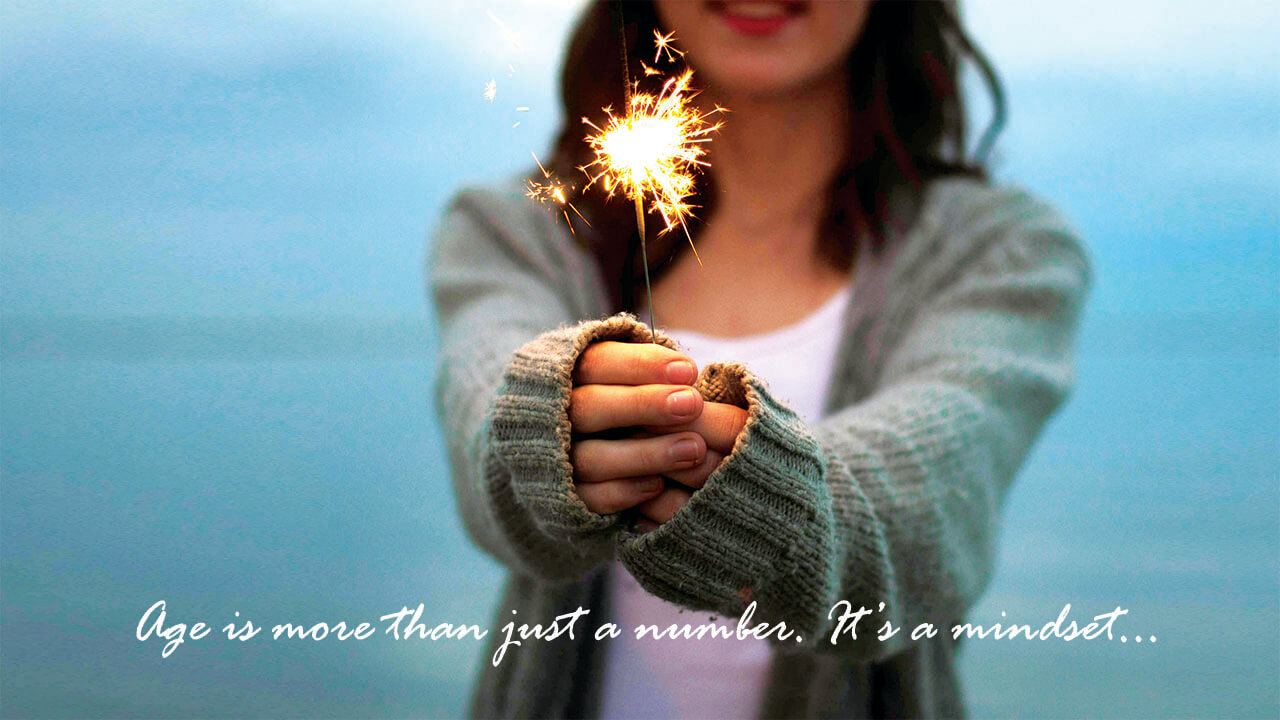 They say “age is just a number.” Don’t believe them. There’s more to the story than meets the eye.

When people say “age is just a number”, take it with a huge serving of salt, not just a pinch.

They don’t know what they’re talking about. Either they’re too young to know better or too old to give a damn. They’ll also tell you all sorts of stuff like “You are as young as you feel”, yada, yada, yada.

What’s the big deal, you ask? Let me explain. In detail. About how I slowly came to realise how the human mind is wired to deal with (or not deal with) age. There’s a whole lot of social stigma around ageing and all its intricacies.

If you’re Indian, and female to boot, you’ll know what I’m talking about.

At some point in your life, you’d have heard some distant Namita / Sarita / Fuckita auntie say (at a random wedding which you never wanted to attend in the first place but your mother had to drag you to) “Look at you, you’re 20 already??,” said auntie would gush all over you, stuffing her face with all the delicacies she could dump onto her already overflowing plate. “The last time I’d seen you, you were thi…….s high!”

Seriously? 10 inches from the ground? What, did you just see me when I was a newborn and never after that? A pea-sized embryo in my mommy’s womb, maybe?

“Nobody can realistically be thaaaaat high, auntie,” I’d want to retort. “And what did you expect? That I’d be just as tiny all my life because you happened to see me that high at one point? Grow up!”

But one peek at my mom’s disapproving, silencing stare and I’d let myself be satisfied with just inwardly rolling my eyes.

If it stopped there, everything would still be okay. But that’d be too optimistic, wouldn’t it?

“Get her married,” the same obnoxious auntie would go on, all her multiple chins in tow, without missing a beat, “before you have trouble on your hands. HAHAHAHAHA….”

My mom would laugh along as if she’d heard the funniest joke in creation and at the same time nudge me to shut up.

I did get married, no thanks to people’s jibing and prodding, mind you. But because I happened to fall in love. And that too at a “decent age”. But then, the same bunch of friendly neighborhood aunties were super curious about my child-bearing capacity. You’d think it was none of their business whether and how and how often my husband and I chose to have intercourse.

But no, you shouldn’t make the mistake of underestimating the nosiness of the Indian “caring and concerned” junta. They think if you’ve reached the fag end of your twenties without having at least one tiny human being pop out of your system – there’s something wrong with you. You’ll get all the unsolicited gyan in the world about what pujas to do to appease which of the 300 million Indian gods or goddesses. What food to eat or not eat and how often. What half-naked baba’s jadi-booti to take and when. Some even go as far as to tell you what positions you should try in bed – but then, I digress.

People will take it upon themselves to remind you, again and again, every time they see you, with all the concern they can humanly feign, that as a woman, your ovaries have a limited shelf life. And you will feel like a jar of jam way past its expiry date with no right to be languishing in the fridge like you own the place, the nerve on you!

The Curious Case Of Anti-ageing Potions:

Turn on the television and you’ll find fairness ads hogging your screen even in this day and age of scientific illumination. And anti-ageing creams. For women and men. The ultimate con that everyone implicitly accepts as the irrefutable truth.

Look, I get why there should be makeup, I do. Wanting to look pretty is understandable. But anti-ageing paraphernalia is like Bhojpuri movies masquerading as National Geographic documentaries. That kind of unrealistic stuff just blows my mind.

Remember when Pandora opened her doomed box and out popped the hope fairy in the end? I doubt if she meant you can hope to halt time in its tracks.

But hey, whatever rocks your boat, people.

When I was younger, I used to wonder why women tended to lie about their age at all. Take it up or down a notch as and when it suited them. Why didn’t people just grow old gracefully? What’s wrong with grey hair and laugh lines?

My dad, bless him, was courageous enough to stop dyeing his hair at one point in time. He decided to own his salt-and-pepperness like a boss, in spite of people giving him non-stop shit about it. Until some random guy he met once, mistook my mother standing beside him, to be his daughter.

But now I know. People don’t hide their age because they want to, duh. But because the world around them tends to give them as hard a time as possible. Sometimes overtly, sometimes covertly. But definitely. The world doesn’t have time for any kind of physical imperfection. So why should age be any different?

At some point, it all does a number on you, no matter how hardened you may be. Insecurities creep in and spread their tentacles quietly. And before you realize, there’ll be a tiny fib here, a dye job there, or facial expressions frozen with botox injections.

The Struggle Is Real, Folks.

Yes, it is. And not just for the womenfolk. Guys have just as much of a tough deal. By a certain age, they’re expected to be “settled”. In Indian parlance, that means “get a job, get a wife, get a life”. In that order, if you please. And a house or two if you can manage that too. And the moon and stars and a few comets too.

All this in the name of “security”. God forbid if you ditched your life-force-sucking, nine-to-six, ball-and-chain of a job, to start an entrepreneurial venture of your own. Or if you decided to become a professional standup comedian or some such thing. People would actually find the whole idea a joke. You’ll never hear the end of it from Indian parents and the concerned junta.

Age discrimination is a subtle issue. It exists and is hard to pinpoint, let alone address. And what’s more, it impacts all spheres of life. Think about the job market where being a certain age can mean the difference between getting the job you love, or are good at, or being replaced with someone younger and brimming with youthful enthusiasm. You’d think that age-related experience would count to something. But that’s not always true. And it can be especially harrowing with all the competition to constantly “stay relevant and social media savvy”.

When I was almost at the brink of turning three decades old, I decided I wanted to use what time I had to do what I wanted to do in my life. All the Namitas / Saritas / Fuckitas of the world can go do what they do best, for all I care. I decided to go to the other end of the world and become a student again. My life, my rules, right?

You’d think my tussle with age and all that hoopla end there. Guess again – I’m still writing about it, aren’t I?

I was amongst grad students in their early to mid-twenties. Not all that much younger than me, mind you. But the way they behaved, you’d think they’d just been minted out of the baby factory, their asses freshly coated with baby powder. Like being a few years younger meant they’d get to stay in this world a few years more than I would. Like just because someone is no longer in their shiny twenties, they’re rotting away hopelessly. With wisdom. And experience.

I realised people are basically the same everywhere. Age is not just a number. It’s a mindset.

What mindset, you ask? The herd mentality. You gotta fit in. Even if it means cutting a few years off, knocking a few candles off of your birthday cake, until you stop using candles altogether, or wishing for birthday cakes at all. Everyone makes a hue and cry about wanting to be unique, but uniformly, agelessly so.

Anyhoo, long story short, they graduated, I graduated. They went their way, I went mine. Now, I’m working in an up and coming ad agency with “young, vibrant minds” who are at the cusp of making a dent in the world by writing ad copy for anti-aging creams. Go figure.

At my first work party, someone very gallantly told me “OMG! You don’t look thirty..!!”

Look thirty? How does one look a number? I’m upright like the number one, so maybe I’m one?

At this point, I’ve gotten pretty good at rolling my eyes inwardly while my smile stays pat. Thanks to all those years of dealing with well-meaning relatives who made it their business to get into mine.

I’m yet to get myself a thick skin, though. One that’s easy-iron, wrinkle-free, maybe.