[VoxSpace Life] Social Tagging : When Did Tagging In Memes Become A Solid Parameter Of Friendship 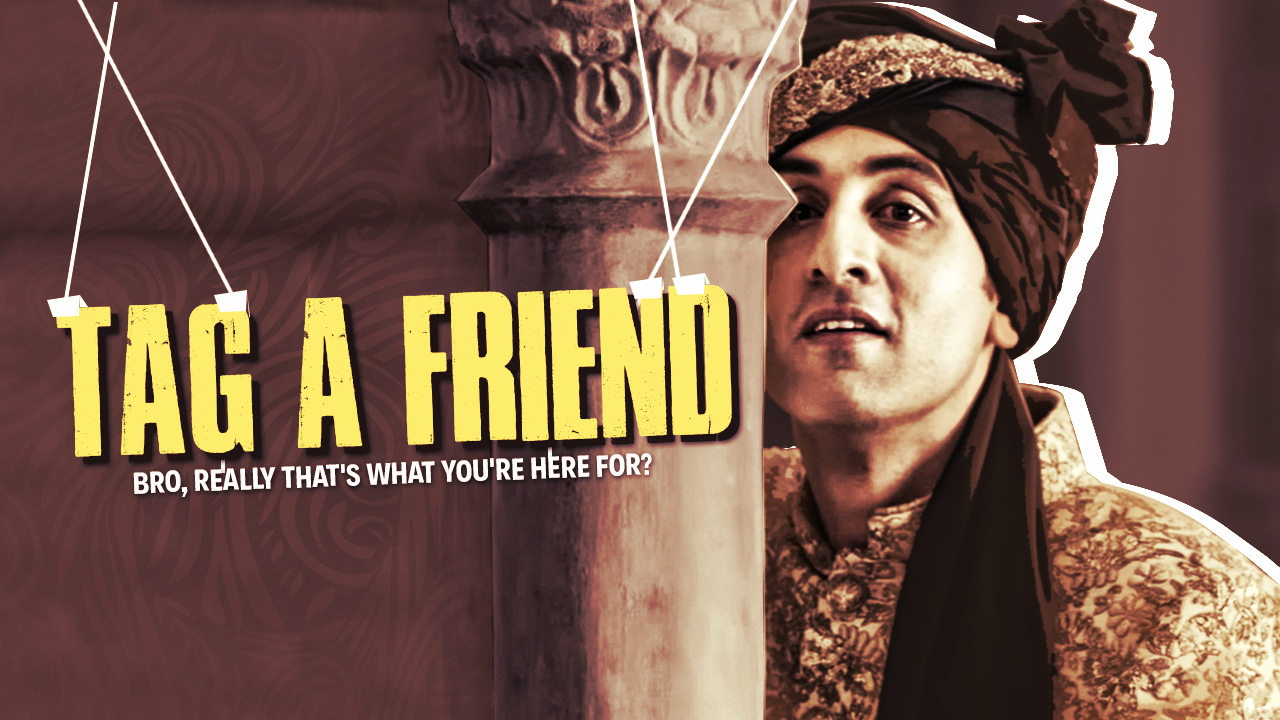 Tagging A Friend Whose Name Starts With….

Recently while hanging out with my friends ( which is basically sitting together and looking at our phones) I get a notification saying my friend (who is sitting right next to me) has tagged me in a post. I got furious and start questioning him as to why he has to tag me in senseless memes just because my name starts with a “B”. And to my surprise my friend starts backlashing at me, claiming I’m not even trying to be his friend, while he, on the other hand, is trying everything he can on his ask of the bargain. He also added how his other friends tag him in great memes whereas I don’t even like his comment. I was completely taken aback and it made me wonder – when did tagging in memes became a scale of friendship? And it also made me wonder when did I become such an arrogant writer who thinks – unless he makes up a story to introduce his point the readers won’t get it ( Sorry about that!!). The Symbol Of Friendship And Intellectual Orgasms In Tagging

But, my fake meme tagging friend apart, the point I’m trying to make is still the same, that tagging in memes is being portrayed as a symbol of true friendship. In fact, there are lots of memes about tagging memes like how we feel orgasmic when our notification tab is full with “You are Tagged in”. In fact, there are memes making fun of the memes such as tagged so and so person. Woah .!! wait a minute, that’s actually “inception” over memes (memeception – which can actually cause intellectual orgasms).

Fun facts aside, we need to acknowledge the fact that our youngsters are not only spending more time online but living in it and doing what? Tagging each other in a same kinda dumb stuff, day in and day out and waiting for a reply. All that evolution from apes and that struggle to survive holocausts resulting in what? So that you can tag your friend in a post that says “Tag Your Friend To Wish Your Friend Whose Birthday Is In October” ( Yep. So very creative..!!).

What’s more depressing is when someone tags they’re girlfriends in their list in a relatable meme. And they become a target for these ‘women hungry brainless’ bimbo’s out there on Facebook, who make these girl’s life miserable, just because they found out about her tagging.

(Note: Listen up buddy if you really want to show her that meme Real bad download it and send it to her. Or there’s an option called send as a message too) What’s even more depressing is that we’re so much into tagging friends and replying to their comments, that we’ve given our personal and work life, a back seat and convinced ourselves that this is what makes us happy! According to a study by Huffington post – In India, the people who aren’t active on social media are 52% more productive than those who are active in social media.

According to the same survey, it was indicated that among all people unemployed on the globe, the chances of people getting jobs was proportionate to the addiction to social media. Which means, the more addicted you are to social media the lesser are your chances to get a job over others. And we all know, unemployment leads to poverty which in turn keeps the country from growing above developed nation tag. All of these big words just because you want to go on tagging your pal in a meme. Now think, Is it really worth it? If you really wanna do it at least tag in a meme that’s actually funny, that’s all I’m asking. And don’t take memes tagging too literally (they are made by a bunch of morons after all) and make it a flag bearer of friendship.

(PS: if you like this article tag your mate who tags you in every meme)