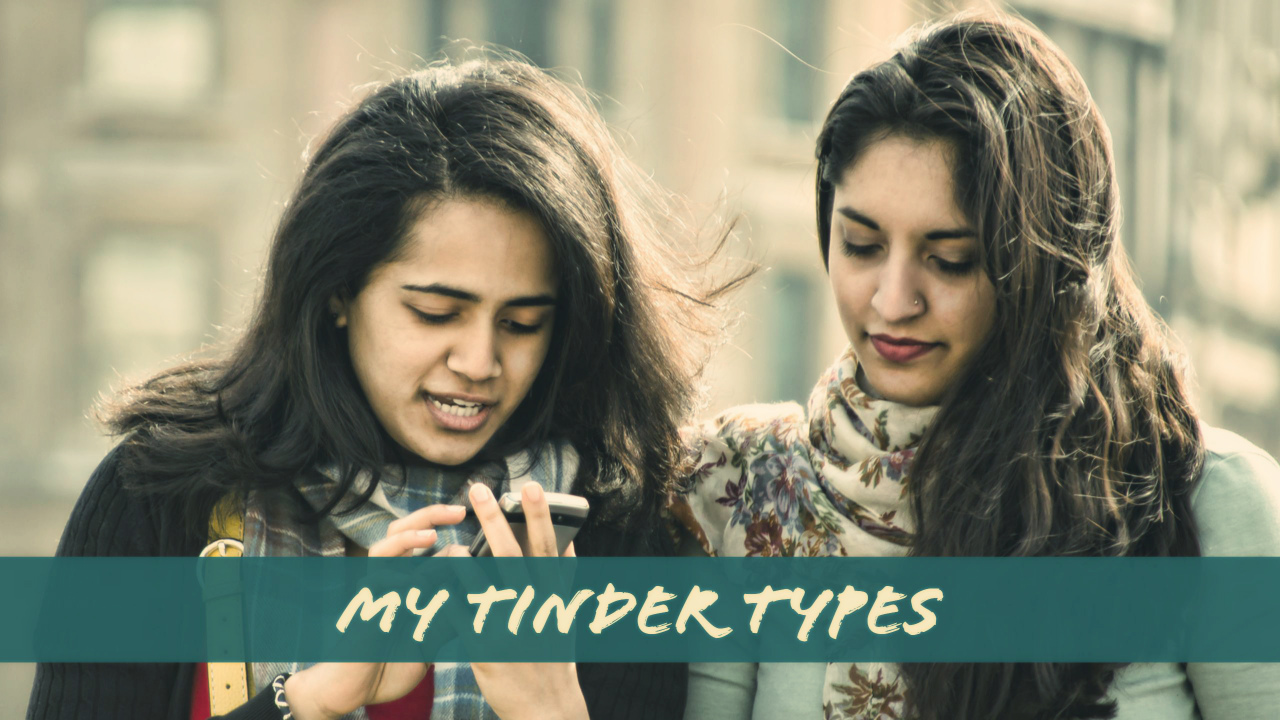 The Journey Of Tinder – The Study Of Human Character

Disclaimer: This is not an attempt to stereotype the city or its wonderful people, but just an attempt to understand the dating game in the city through my personal experiences.

My journey with Tinder started in very much the same way as most Tinder journeys. Break-up, heartbreak, self-doubts, you know the whole nine yards. After every break-up, there arises an urgent need to go out there and explore the benefits of your singlehood. And it was with the same spirit that I downloaded the infamous Tinder app. From that evening to this afternoon, roughly two years have passed, and I have uninstalled and re-installed it thrice by now. But, no matter how many times my friends say that Tinder is for people who have given up hope in life, I have finally come to appreciate its existence, if not for anything else then for being an excellent tool for character study.

The city of Hyderabad has no dearth of colourful and interesting personalities. And, in the curious world of Tinder, these personalities shine through even more. It would be unfair to say that I have not met decent and impressive people via Tinder, but the sea of intriguing characters that I have crossed to meet these few charming souls made Tinder a uniquely adventurous journey. Given their frequent re-occurrence, I am convinced that if you are a woman using Tinder in Hyderabad, these are some of the personalities you must have come across, at least once.

These guys profile is filled with gym shots, and the guy has rippling muscles in places you did not know muscles existed. He has already done some ‘modelling’ and has either gone to school, college, photoshoot, ramp-walk or chai ki dukan with Mr World Rohit Khandelwal. In case he gives his gym pictures a miss, he surely has pictures from one of his ‘photoshoots’ ( they ALWAYS have a friend with a DSLR) of course sans shirt, with a natural or rocky background. Whatever his profession is on the side, he is trying to break in Tollywood and regularly stars in a bundle of local documentaries. The downside to going on a date with them; you will mostly hear about them. They have spent way too much time in their lives tending to their fitness, style, wardrobe and career to acknowledge the existence of other people around them.

The Frustrated IT Guy

You can be 100% sure that this guy’s office is in Hitech City or the near vicinity. The poor thing has spent his entire life trying to get his dream job, and now that he finally has it, he is severely unhappy to realize what he has lost while pursuing his dream and is trying too hard to make up for those years. His bio would be full of party pics and ‘wanderlust’ quotes. However, the only travel he has done is probably from his apartment to his office. The adolescent desperation which was overdue when he was immersed in his engineering studies has finally started coming up and boy is he desperate. Tread carefully on this one as his frustration and desperation can manifest in ways you won’t find pleasant.

The Habitual Hater From Another City

They are mostly from big metros like Mumbai or Delhi and have recently shifted to Hyderabad to work in the, you guessed it right, IT sector. However, they are yet to realize that nobody begged them to come to this city and work. They are the ones constantly criticising the city. According to them, the nightlife is boring, the language is impossible to fathom, and they are shell-shocked to know that Hard Rock Cafe exists in the city. If big-city arrogance is something that turns you on then they are your Christian Grey, if not you will unmatch them within half an hour, just because of their obnoxious snobbery.

The ‘Not Here For Hookup’ Guy

This poor thing has confused Tinder with Facebook, Twitter or worse Shaadi.com. His bio strictly says he has no intention of hooking up or one-night stands and is just on Tinder to make friends. Go figure! However, the advanced version of this species is even more dangerous. He has thoroughly confused the purpose of Tinder and Shaadi.com. In just half an hour of conversation, he has already proclaimed his undying love for you and would love to introduce you to his parents in the coming weekend. Yay for you if that is what you were looking for, otherwise it is always fun to extend the argument with this one just to bring out the stereotypical mindsets that he has about relationships.

These are the real heartbreakers of Tinder. They are cute, dynamic, fun, innovative and the fact that they have what it takes to come up with a startup is highly admirable. Regular meetings with investors have ensured that he is a smooth talker and conversations with this one will make you appreciate your decision to come on Tinder. However, like every budding entrepreneur, he has very little time to spare, especially with someone from Tinder. Forget romantic dates or drives; he barely has enough time to answer your texts. For every guy who thinks girls are not friend zoned, ask a girl who has come across this guy, she will have a different story to tell.

To say that this species is found only in Hyderabad would be absolutely inaccurate. In fact, they seem to be the biggest population on Tinder. They are a looker, and they know it and can tell you about every possible club and lounges. Their social life is enviable. They are mostly in their father’s business and literally carry a catalogue of expensive cars and bikes in their head. They are the ones who are 100% honest about their intentions and make it clear that they are just here for a hookup. They are not interested in knowing your hobbies or taste in music, all they want is a steamy make-out session or even more (you know what I mean, nudge nudge, wink wink). Now if you find this guy and he lacks manners he would be your Tinder nightmare. But if you find the well-mannered stud who is honest without being obnoxious, they are an excellent idea for zero mess rebounds or just fun. Needless to say, they are a bad idea if you are looking for heart and chocolate brands of romance.

They constitute the second largest population on Tinder. They have just come out of a relationship and are on a serious lookout for replacements. Because they are the most sensitive types, they are nice to talk to. They are somewhat different than the other testosterone-charged homo-sapiens. They will actually go on drives with you, send you the link of romantic songs and listen to your childhood stories. But, be very careful if you are getting involved with them. You are dealing with some pretty delicate stuff here, and things can get real messy real soon.

Whatever your reasons might be to join Tinder, these characters will make your Tinder journey a memorable one. If you are one of the lucky souls who happen to find ‘the one’ on Tinder, then you are unique, if not, the trial and error method is undoubtedly fun to try out.