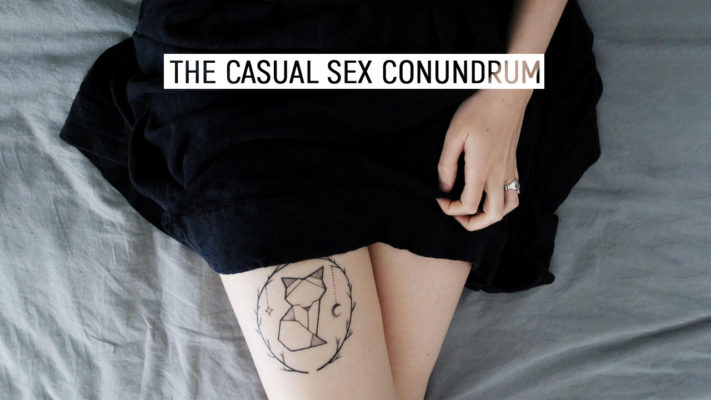 It is well known that women regret casual sex more than men. However, the reason has remained unknown. Now, it has come to light that various factors determine whether and how much they regret them. The most important one is who takes the initiative when it comes to casual sex.

According to a Norwegian University of Science and Technology-led study, an initiative is the clearest gender-differentiating factor for regret after casual sex, although other conditions also affect how much an individual regrets the encounter.

In contrast to women, sexual regret for men is not affected by whether they take the initiative.

“Women who initiate sex are likely to have at least two distinguishing qualities,” said researcher David Buss. “First, they are likely to have a healthy sexual psychology, being maximally comfortable with their own sexuality. Second, women who initiate have maximum choice of precisely who they want to have sex with. Consequently, they have less reason to feel regret, since they’ve made their own choice.”

“Regret is a highly unpleasant emotion and our findings suggest that having control over their decision to engage in sex buffered women from experiencing regret. These results are another reminder of the importance of women’s ability to make autonomous decisions regarding their sexual behaviours,” said researcher Joy P. Wyckoff.

Researcher Mons Bendixen pointed out that these effects are not as strong in men, “Women have less regret if the sex was good. For men, this also plays a less important role. The underlying causes are biological”.

The higher-investing sex faces larger repercussions of mating decisions than the lower investing sex. Women have a higher minimum obligatory parental investment (e.g. 9 months internal gestation) than men. So, women’s regret should be more closely tied to the quality of their sex partner than men’s. “For women, sexual skill might be a cue to high male quality,” said researcher Kelly Asao. In short, women may profit more from high quality in their sexual partners than men do.

This study added several factors that can explain responses to casual sex. This time the researchers also asked study participants if they took the initiative for the sex act, if they felt pressured to have sex and whether the partner was skilled or sexually competent. Participants were also asked if they experienced disgust.

Women also feel disgusted more often than men after a short-term sexual encounter. This is one of the key factors in whether or not they feel regret. “The feeling of disgust or revulsion is the single factor that best explained why women and men regretted the last time they had casual sex when we controlled for all other factors,” said researcher Bendixen. People may feel disgusted because they feel moral regret, but also if the act is unhygienic or if the sex itself was perceived as gross.

The findings from the study are published in the Personality and Individual Differences.