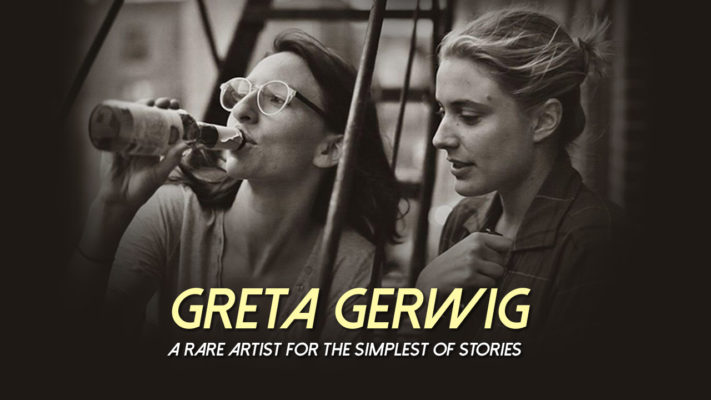 This August as Greta Gerwig turns a year older, let’s just ruminate about this 34-year-old actress who gifted us Frances Ha (directed by Noah Baumbach), which earned her a Golden Globe nomination. As much as a talented actress that Greta Gerwig is, she represents the Frances residing inside every one of us.  Her collaboration with Noah Baumbach produced critically acclaimed films like Greenberg, Frances Ha, 20th Century Women, the latter responsible for making Greta a nominee for Critics’ Choice Movie Award for Best Supporting Actress. Greta Gerwig has also earned fame and recognition amidst the literary circles for rewriting the script for an adaptation of Little Women originally written by Louisa May Alcott.

Greta has always been this charming and brave woman for portraying unconventional and nuanced characters like Frances or Violet from Damsel in Distress. The eccentricity which Gerwig brought into each and every character that she has played has bagged her the title of one of the most versatile actresses of her time. What really has charmed the audiences towards Gerwig and her style is the fact that she has the capacity to create her own unique and personal language, that smoothens the communication between her characters and audiences. We have also seen her in the American rom-com TV series The Mindy Project as Sarah, though it is less talked about.  Whether a moody, childish Frances or terribly self-obsessed, garishly attractive teenage student, Gerwig has reigned screens with elan and a rare flare that we can only associate with this American beauty.

Her love for vigorous, flawed, yet polished characters is not just restricted to these few films or within the scope of her collaboration with Noah Baumbach, but is also seen in Lady Bird (2008). In her directorial debut, she was rather valiant in giving us a witty coming-age-comedy, bereft of pretentions or awkward hyperboles that are widely associated with the genre. Gerwig invests within the character promise of a better reality, a dream which accentuates the fun by putting Christine (Saoirse Ronan) at loggerheads with her mother played by Laurie Metcalf. Lady Bird is both written and directed by Gerwig which indicates to the presence of a queer blend of autobiographical and fictional elements adding more to the charm of this film. Like a hallmark of most of her movies, the drool and bizarre is juxtaposed with the poignant exhibition of emotional and spiritual.

Her directorial debut made her the proud owner of two Academy Award nominations and the record-breaking position of being the fifth woman in the history to be nominated for Oscars alongside Lina Wertmüller, Jane Campion, Sofia Coppola and Kathryn Bigelow– a real proud moment for Gerwig fans and aspiring female directors willing to experiment with the eccentricities of characters. As a first-time director, her nomination made her feel more unreal and gave her a meaningful affirmation, that would shape her career. During her comparatively short time in Hollywood, of around 12 years, Gerwig has successfully managed to tread the realm vastly dominated by men. 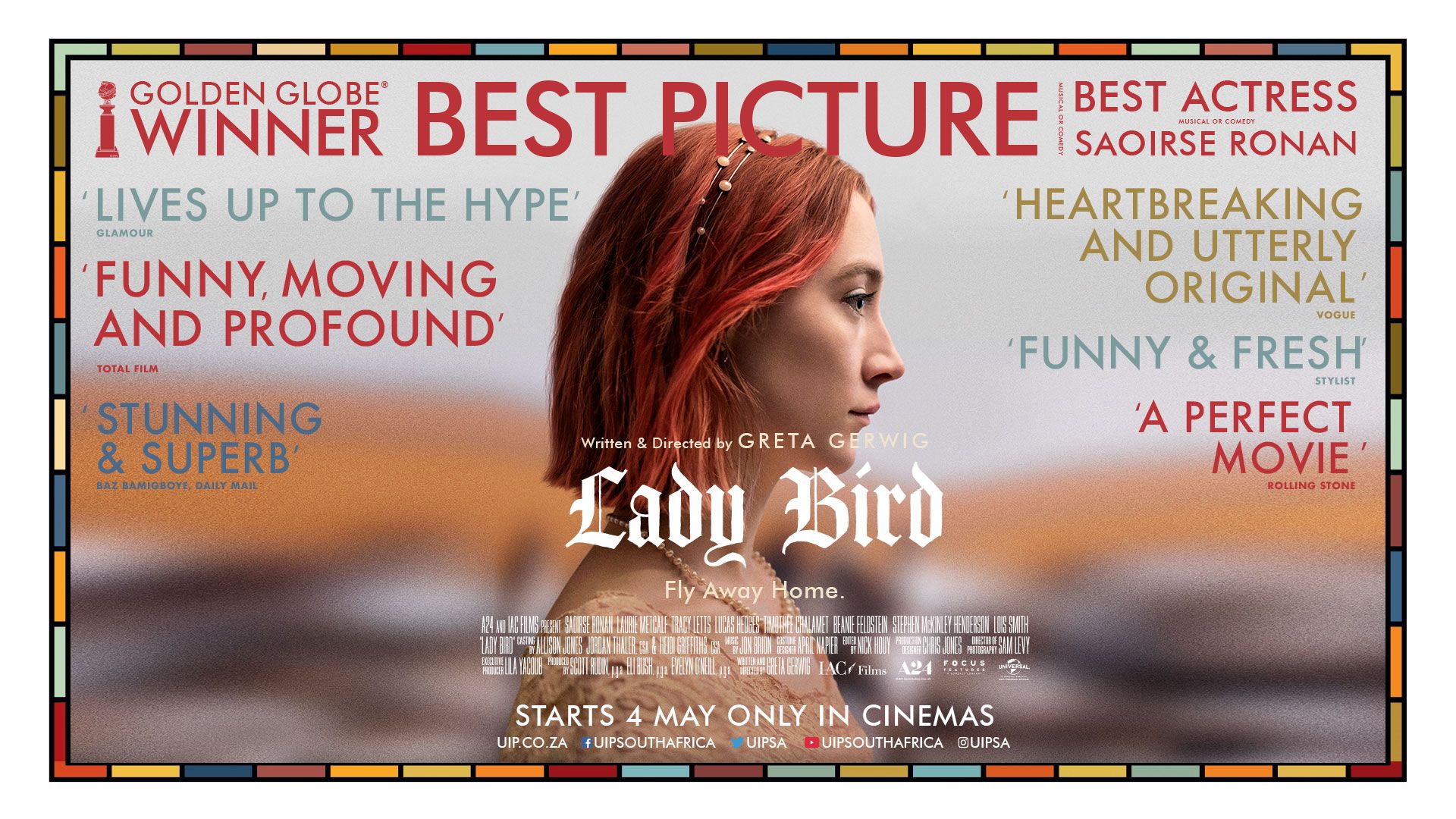 Gerwig’s urge to portray life in its very crude form gave birth to the character of Christine, as she has stated in an interview to Variety “I wanted to show what it was inside.” On her birthday, it indeed becomes imperative to celebrate her as the struggling, independent female director. Gerwig has been inspiring a number of young woman filmmakers, who will gather up the courage to create more magical and unravelling experiences on the silver screen; Greta Gerwig is in the process setting new parameters for every endeavouring female director.

Why Frances Ha Managed To Thrive Well Among The Critics?

Frances Ha is considered a ‘New Wave film’ dominated by offbeat characters, playing on the relationship between Sophie and Frances Primarily, in fact, a chunk of the film relied upon Frances, which she executed with extraordinary finesse. The cinematography of Frances Ha is beautiful with chiaroscuro effects and dance sequences- which were unparalleled in its execution. We see black clothed wrapped dancers hopping around the stage bathed in grey lights, Frances’ energy for life, picturesque portrayal of New York, are almost hallucination inducing.  There is not a single wasted scene in the film.

We remember Gerwig as Frances, the brutally honest, offbeat, adorable mawkish 27-year-old woman. She is a hodgepodge mess of the marvellous and ordinary. Frances, ‘the undatable’ immediately strikes a chord with us with her sun hued smile, the woman with a child lurking inside, undaunted by hardships or the looming inadequacies of everything that her age demands. We love Frances for her determination to carry on, the self-dependent woman with her own set of vulnerabilities, without looking clichéd even for a moment in the film. The impulsive broke woman who suddenly plans for a weekend trip to Paris is nevertheless fierce enough to sustain the lacks. By staying in dorms, playing a waitress, and taking up other odd jobs, Frances explores herself only to emerge jubilant by the end of the film, with her solitary space that she can claim as her own. It is a character with immense optimism and willpower that can’t be doused with her personal failures or New York’s definition of success. Here is wishing her more flying-through- the-zic-zac-line-of New York to “Modern Love” roles to Gerwig, more landmark films in the upcoming years and of course bagging that Oscar!

The Very Best Version Of Gerwig Herself

Greta Gerwig deserves our remembrance for adding to the genre of comedy, encompassing areas of friendship, love, strong women characters, unapologetic of their choices! Gerwig’s growth in the film industry is truly awe-inspiring, keeping in consideration her initial roles of stalk characters to liberated and wobbly Frances, to finally winning a nomination for the Oscars. Gerwig is the modern independent woman to look upto, who had her share of distress and distraught from sleeping on a blow-up mattress to doing part-time.

While chasing her dream of establishing herself as an actress, she has steered clear of mainstream characters and instead taken up characters like Brooke Cardibnas, ‘the square peg in a round hole’.  She is rather a very optimistic woman, aware of predicaments that old age brings upon solely the actresses in the film industry. From the several interviews that she has given to renowned newspapers and magazines, one can trace a tint of insecurity in her voice as well as thirst to invest her years into the making of more remarkable and experimental characters down the line.