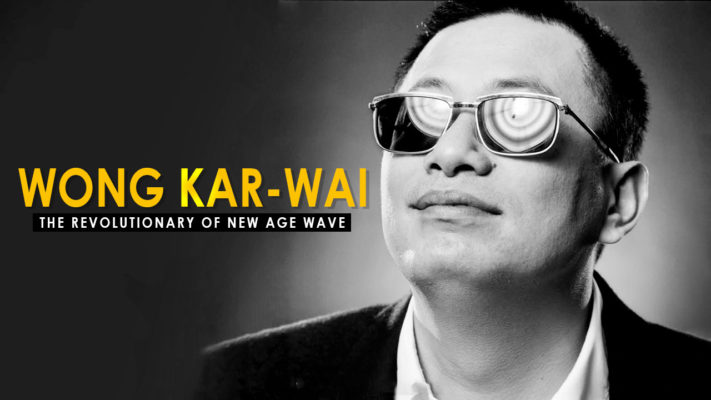 The Nostalgic Effects And Gloom Of Wong Kar-Wai

A great admirer of Satyajit Ray, Wong Kar-Wai is no less than a legend himself and will turn 60 on July 17th. With his dark glasses, the man is an enigma and one can only be shrouded the way he perceives his character and their lives before immortalizing them through his lens.  One of the best practitioners  of New Wave cinema, Kar-Wai has over the years bestowed upon us many invigorating cinematic experiences. What started off during the late 1950s with the aim of revolutionizing the entire concept of cinema, has offered a new identity to this talented director. His connection with India is not merely restricted to his exceptional admiration for Ray but also with Bollywood, as he believes is laden with talented actors. The versatility and character conception of this man have put him in the lineage of Woody Allen, Jacques Rivette amongst other stalwarts. Kar-Wai has delivered to us some of the best films, each manifested within a different world, symbols, mood, and aura altogether.

Kar-Wai’s films are known for themes like the exploration of  human psyche, loneliness, claustrophobia, delineation of pathetic fallacy in a very picturesque manner, one that would compel you to frame each and every shot, vivacious and splendid in bright colours. In his films, Hong Kong plays a pivotal role, the city as if a character in itself, breathing life into the story. Many of his films- In The Mood for Love, Chungking Express or Happy Together paint the city with different moods.

Wong Kar-wai’s In The Mood for Love is considered sensuous not just by film-makers or audiences but also by photographers, who have tried to capture and recreate the leisurely atmosphere of the scenes. Piotr Chrobot is a famous photographer with an ardent interest in Kar-wai as a film-maker. He has tried to immortalize in still-photography the melancholic charm of In The Mood for Love that Kar-Wai had used in the narrative. The film itself is elaborate, almost like a series of oil painting in motion as it depicts the pangs  of unrequited love, extramarital affair, the claustrophobia of middle-class life, loneliness dipped in a sensuous and aesthetic beauty all spinning around the city of Hong Kong.

The cinematography in itself evokes a feeling of voyeurism, the feeling emanating from the way paraphernalia is used enhancing the intimacy in between character and audience. Kar-wai is the man who has given us the immense pleasure of aesthetics subtly wrapped within each scene and character as fundamental as plot development; scenes half dipped in faint light and at times teasing darkness, therefore, adding elegance to each and every movement of his characters.

What Makes A Kar-Wai Film?

Kar-wai’s fans have enamored different genres like romance, action thrillers with elements of psychedelic and comic, erotic and the carnal, myths and confusion. Music or the background score, however, adds to the aesthetic, the dreamy affair that allures the audience. In Chungking Express, for instance, “California Dreaming” playing loud in the background at times refers to Faye’s delusion and state of disenchantment and Kar-wai manages to give us trance-like events, hinting at the adoration verging on a romantic yet platonic love affair that Faye had towards Cop 663. Kar-Wai had taken Shigeru Umebayashi’s score in In The Mood for Love, a hauntingly beautiful amalgam of the melancholic and saccharine previously used in Yumeji (1991) by Seijun Suzuki.

Kar-Wai’s taste for film-making has often been compared to the art of cooking, as he himself had stated in an interview, and all these ingredients- non-linear narrative, music, visuals, switching of stories, close shots, the juxtaposition of static against fleeting backgrounds, all go into the making of his films. Kar-Wai is simply more than a curious director, he is much more detailed, secrets that he bestows upon his audiences through his works. Kar-Wai is exponential and has revived Hong Kong cinema and has so far attained huge international recognition, especially with his winning the Lumiere Award. Audiences are positive about the invasion of this New Wave film movement into the Hong Kong film industry.

Kar-Wai has always been experimenting with camerawork in his films which conveys boredom and ennui of the characters in a minimalistic way as possible. He must have been influenced at some point or later by Ray’s handling of mood in cinema; Ray used devices like music, lightning, and movements to articulate complexities of ‘mood’ in most of his films. There strains of melancholy are running through Ray’s well-known films like Jalshaghar, Pratidwandi but however, Wong Kar-Wai’s treatment of melancholy is perhaps even more luxurious.

Kar-Wai has treated cinema as an escapade, a different experience altogether which is all the more apparent from his statement that he used to cinema as a means to flee from boredom. In that way, Kar-Wai had absorbed cinema that would later make him one of the most experimental directors. From scriptwriting to becoming the first director from Hong Kong to win the Lumiere Award, Wong Kar-Wai is here to offer us more films with a penchant for whatsoever beautiful and fleeting. Wong Kar-Wai has previously expressed his interest to work in Bollywood and perhaps it is a matter of time before we see his magic closer to home, in Bollywood.

Related posts:
[Vox Talks] Camp Diaries : A Loving Organisation Which Is Guiding The Children To Shine In Their Tal...
Varun Grover - A Poignant Wordsmith For The New Generation!
[Vox Selects] Lipstick Under My Burkha: A Triumphant Tale Of Identity And Celebration Of Womanhood