[VoxSpace Life] Abuse In Love And Intimacy : The Study Of Intimate Partner Violence 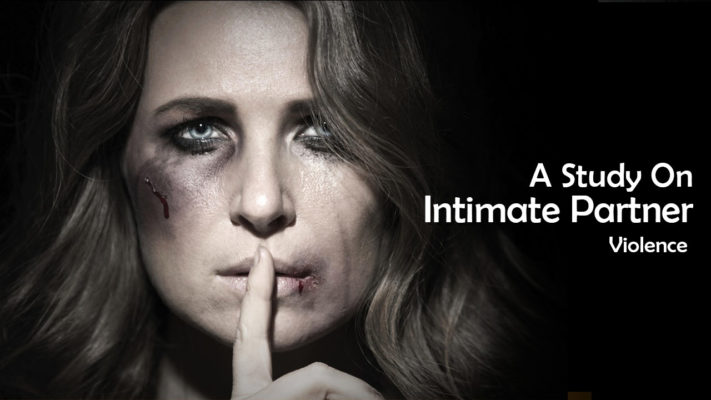 Human beings are barbaric by nature. I don’t want to sound misanthropic or cynical but humans are selfish, bigoted, thoughtless and ignorant; most of the time they just look out for their own selfish desires, completely ignoring the other fellow humans. They couldn’t care less even if it harms their surroundings, other living beings and the world wholly. There are many areas where the abuse by humans is rampant, but in this article, I would like to keep the topic to an anthropologic level i.e. in the human realm.

By definition, domestic abuse or intimate partner violence is defined as violence occurring between people with an intimate relationship like husband-wife, lovers etc. The reason can range from minor egoistical skirmishes, situational conflicts to major cases of cheating and dishonesty. Even money plays a major role in fights between a couple. 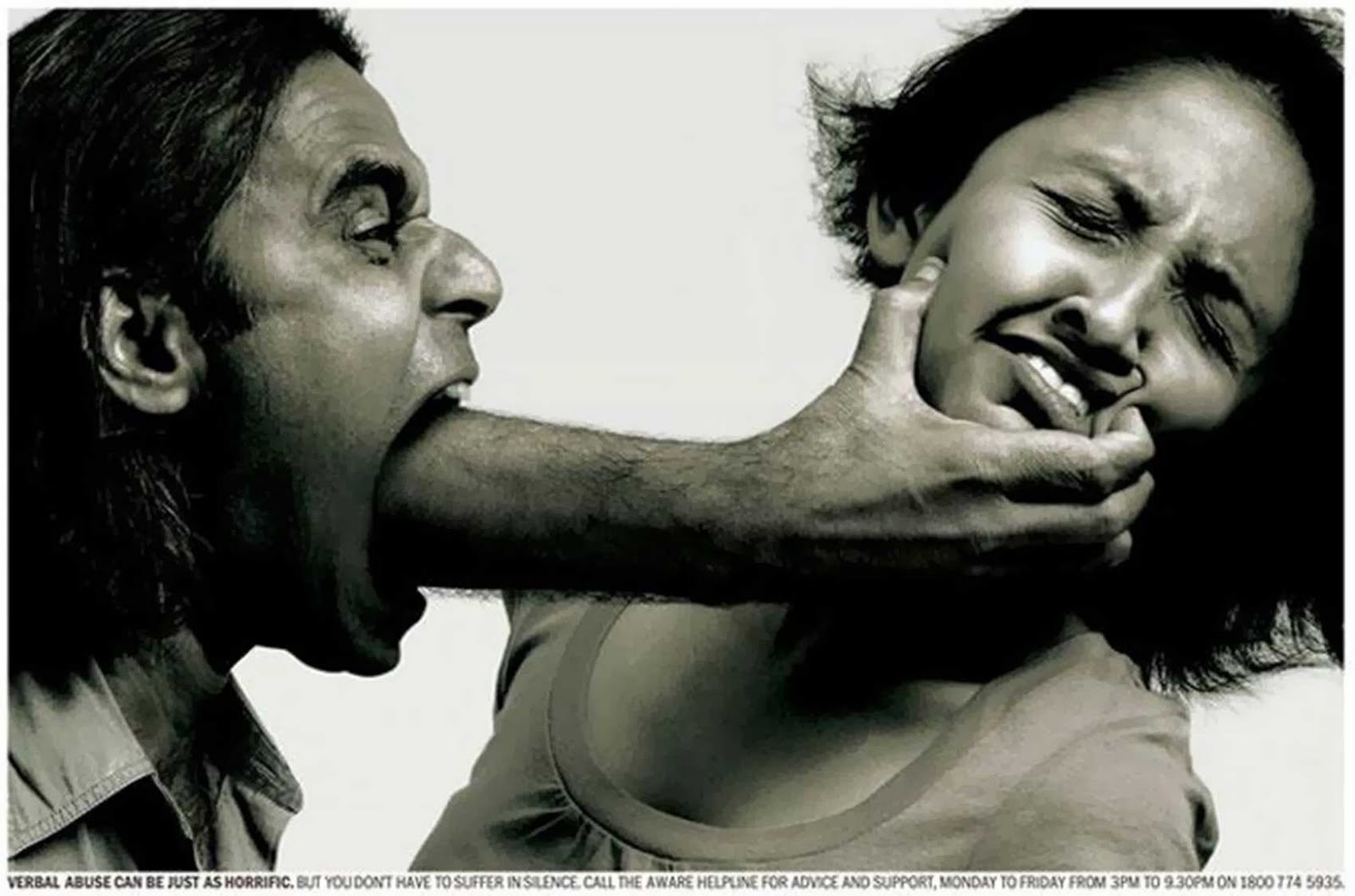 Often when you open the city edition of a newspaper, you see cases, where a man has killed his wife or woman has killed his husband, girl killed by her boyfriend etc. the reason can be anything. While you go through such article you read about their past and you will notice 80% of the time the primary reason for their death is domestic abuse.  Many such cases have taken place which has caught the eye of the nation.

In India and the world, many such cases are reported on a daily basis. 30% is the average world crime rate of the cases against intimate abuse of women which are reported. We can only imagine how many such cases go unreported; many people just start adjusting and live while constantly facing such abuse. Nowadays men are also being abused by the ill use of the laws which are supposed to protect the women. The abuse takes place against all the genders and is not limited to one gender.

Before we go check on the causes let see the forms of abuse between an intimate couple.

Which Abuse Is Devastating Physical, Emotional, Sexual Or Mental?

There are many reasons for a person to lose his temper, though few can control and endure such situations, most of them can’t control their anger which leads to abuse. Abuse also takes place constantly little by little which ultimately explodes with either the abuser or abused reacting to it in a very strong and violent way.

With the continuous rat race in the urban world, humans are constantly ambushed by mental and physical stress such as the stress from work, the stress from constantly proving our worth, the stress to appease the near and dear, the stress from a lot of activities related with money, stress from social media, and side effects of alcohol and such. When we are under constant stress, even a small disturbance leads to abuse, either of high intensity or constant small ones on the person very close to us because they are the only ones with who we can be ourselves and do not need to act. We get so comfortable with our intimate partner that slowly the abuse takes the shape of habit. Sometimes it starts as a way of teasing but slowly it becomes a habit, the partner at first may take it to uplift the mood but in the long run, when this becomes a habit it leads to abuse of the partner.

Violence In A Relationship (Physical Abuse)

Physical abuse is the abuse which is visible to the public eye and generally related to gender violence. Though the women are major victims of such abuse there are also cases where men have been abused. This abuse is the clear definition of violence i.e. of physical and bodily harm. In this abuse the partner inflicts physical harm by hitting, beating, kicking, pulling hair, choking, beating with various objects, throwing objects, and slapping, strangling, burning, scaling, and also physically harming children or other family members. Coercive controlling violence is also an abuse where the person uses coercion (physical strength) to make the partner do things. Physical abuse follows mental or economic abuse.

This abuse is the lynchpin of all other abuses. The constant strain on mind leads to mental or emotional abuse. Though this abuse is not violent (physically) but is very harmful and is a starting point of physical abuse. Emotional abuse can be anything which disturbs the mind in a harmful way, this abuse stresses and strains out the mind of the abused. Few scenarios of abuse are humiliating the partner in front of others, talk abusively, stalking, cheating, dishonesty, constant threatening of harm, limiting the movement of the partner, mistrustful behavior, cheating and dishonesty, prevention of the partner from communicating, threatening to hurt the partner or someone near like children, parents or friends. Humiliating and downgrading constantly in front of children or other people, strong obsession by the person to such level that the intimate partner needs to be in constant fear of self-harm of the person or harm done by the partner to him/her. There are also cases where the partner threatens to take their own life (suicide) if their partner did not do what they wanted. Such behaviour leads to a situation where either the person or the partner snaps leading to major damage in life. Hands down this are the most devastating abuse, which leads to other abuses.

All Pay And No Work (Economic Abuse)

Economic abuse can be defined as an act where one partner forces the other to give money often for luxuries even though their financial status is not good, also where the partner forces against the other from accessing family income especially in the case of homemakers i.e. the earner doesn’t give access to any income to the homemaker. It is also when there is a sole breadwinner but the other partner neither does the house chores nor earns anything and just spends the money futilely and/or without the earner’s consent.  Other cases are alimony abuse here there are two variations, they are, first the other person is fit and qualified to earn but still demands alimony which the other partner may or may not be able to provide and second is the other person is not fit to earn and receives very less alimony and also money for child maintenance. Many times the intimate partner is forced to beg money from the partner also are forced to hand over their earned money.

This abuse is the one which is never known to the public as the setting is very intimate. In such abuse many times the person forces the partner to do things which the partner is not comfortable with; this can range from kissing against their will to marital rape i.e. sex without their consent or some other form of intimacy which the partner is not comfortable with. Also, there are cases where violence takes place during the intimate moment and sometimes the person controls the partner sadistically. This abuse comes under mental and physical abuse as well.

All the above forms of abuses take place in an intimate setting as it is easy to take out all the negativity on the person with whom someone is very comfortable with, i.e. intimate partner.

Why Do People Abuse Their Partners? Why Is Love Missing?

The most common cause is ALCOHOL, alcohol brings out the tightly closed feelings which the person can’t express normally to spill out, but what if the closed feelings are anger, frustration, stress, contempt, doubt of cheating, obsession, sadism, hate and many other negative emotions? Such emotions when spilt out leads to abuse, harassment, and crimes. Remember alcohol is just a medium.

Few people as they grow to turn grumpy and raise emotions such as hate, sadism and doubt everything, they are by nature abusive and so it is better to avoid such deleterious personalities before someone gets intimate with them.

Poverty and low economic status is one other reason which leads to abuse. As people see others around them growing and possessing things which they could not, this follows hopelessness and frustration ultimately to abusive nature.

Insecurities caused due to doubting and also the knowledge of pre-marital affairs of partner leads to abusive nature. Cheating the partner for someone else also comes under abuse; it is a cause as well as a form of abuse.

Dominating or submissive nature of the partner plays an important role; the dominating partner makes themselves, comfortable with the submissive partner and releases their sadism on them.

Intolerant nature of the partner on a few issues might also be the cause of abuse, as nowadays people are becoming intolerant towards many small things.

The Cries And Despair Of The Abused

The Helping Hand Of Friends And Family

It is better to prevent such abuse at the first instance of such a case. Self-help is always better to move away if you find that person shows deep negative emotions or has tried to abuse you. No human being is perfect but there few who show strong negative emotions we need to avoid such people. But generally cases of abuse start only after the relationship has become intimate and it is very difficult to leave or break that relation, in such cases you can do the following:

If you are a friend or family member of the abused and you have seen the symptoms of abuse on your near one, then you can do the following things:

You guys must have noticed that I have not mentioned any gender; I know that most cases are against women by men but nowadays it is vice-versa as well, i.e. abuse is symmetrical.

We have seen all about intimate partner abuse from the eyes of a realist like the types, causes, symptoms and preventive methods.

But the idealist in me says to confront everything with love because love solves it all. If love could not solve it then it is better to move on rather stay and see your love being abused which is the biggest abuse of all.

What the world needs now is love and peace, not hate and abuse, so as to remove the feeling of otherness.