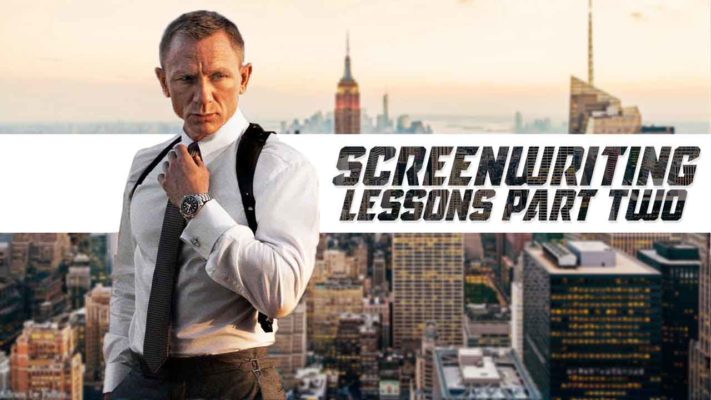 Where Do Stories Come From?

One of the biggest…erm…no, THE BIGGEST question a writer gets almost every time s/he sits down to write anything is ‘What to write about?’ Or ‘whom to write about?’ As someone who’s constantly struggling to write something sensible or interesting or when am too ambitious, something breath-taking, I’ve always wrestled with my mind to find an answer to this question. Most common suggestion you may get is to watch a lot of movies. But hey, I don’t want to end up making the 1200th version of a cop lifting a jeep and throwing it onto the villains or the 1500th version of a Hero stalking to woo his love interest.

Behind The Scenes Of Screenwriting

Here, I would like to mention two of the seven screenwriting techniques that I mentioned in the first part of this series- Deciding which idea to be written and brainstorming before writing the first draft.  These two steps play an exceptional role in preventing you from writing boring premises or stories (which we will discuss in detail in the next part of the series). But it is vital to keep these two points in mind before writing anything.

I understand that these two are still the second and third stages of writing. The first stage still remains the same-finding a story or source to write about. Often expecting some solid answer to this question, we fail to understand that the answer is really basic. It’s from the observation that stories come. Now understand this word in a really broad sense. Observation doesn’t mean that you sit down and make note of everything that happens in your life or in your house or office. Aligning your observation with your story or the premise line is important.

The Art Of Observation

The way one reacts to situations is such a great source to write about. Although we may not be able to develop a whole story, it plays a key role in enabling us to develop divergent characters. Once you have a really unique or quirky character to stitch a story around, the process gets easier. Now, it’s not always mandatory that the protagonist is heroic or perfect. The more s/he is flawed, the better. Why? Remember the first point? The story needs to be compelling, believable and relatable.

A couple of strangers on your way to work (or anywhere), are indulged in a serious argument. Observe how they are reacting to each other. How does this help? Once you have the main character, it’s always advised to have a character sketch. Observing reactions helps in defining the character and their behavior according to your plot.

Paying more attention to situations that associate with your main character is important too. For example, your main character is someone who has anger issues. Observe arguments and escalated conversations. What are the instincts of the people involved in the argument? How do they move their hands or where do they look? It’s important to have such details while writing a character sketch. Also, what is their reaction towards a situation? One of the persons involved in the argument gets a call. How does he react then? After taking the call, does he calm down or react more aggressively as he was disturbed?

We need not stick to one observation alone. Blend in your observations in an organic manner and build a unique character sketch for your main character. Once you have a proper character sketch, work on the other characters that your protagonist is associated with. Her/his parents, boss, friends or love interest, etc.

Now, the story! Mostly the story is driven by the main character as we know. What is her goal? Depending on her flaw or limitations, what could be challenging to her? What is that change or new situation or person that’s introduced in her life that it becomes or creates an obstacle in achieving her goal? These questions should answer your quest for the story. Although similar questions have been mentioned about screenwriting in the first part of the series, the initial work on the main character which is stressed upon here is what adds and makes the process easier.

Now, you may get the story first and build the character later. That works too. There’s no one way. To each, his own. Sometimes, you may come across a really weird or unique situation. Now, try to build a character that may be extremely uncomfortable when placed in that situation. That helps in creating the conflict. The most basic structure of any film has a protagonist, a goal, conflict and the resolution. It’s the nature of these elements that adds value to the story. And observation is the easiest way to find roles or goals that are new, exuberant and interesting.

Now, am not advising against watching movies fore references. Watch all the films in the world that you can get access to. Except observe how the story turns, where is the conflict being introduced and how is the story shifting from one genre to another. In short, use films to observe the structure and use life to observe characters and stories(I know! Deep!) We tried tapping on one of the most basic elements of storytelling through this article. We hope to cover another interesting element of storytelling in the next part of the series. Until then, keep writing!