[VoxSpace Selects] Crash And Burn : How Bollywood Treats Its Singers 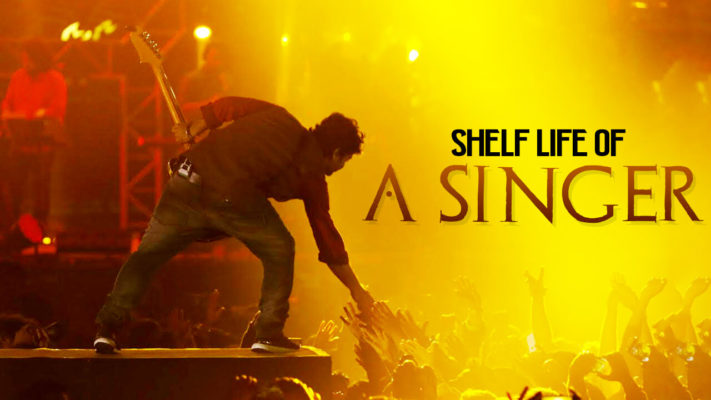 The Cost Of Newness

It all started with an inebriated group of friends deciding to play antakshari. You know what “antakshari” is right? Yes, the very same game, where you have to sing. Once a participant finishes her/his song, you take the last consonant of the song and start singing a song that starts with that consonant and it goes on. It’s a game that doesn’t require a particular age group; everybody loves to play it. It doesn’t matter if you are tone deaf or you sing like a dying whale as long as you mostly remember the first few lines of a song, mixed with a fair bit of yodelling, you are fine. I don’t remember what songs we sang that night, however; what I do remember and what struck me later is that none of them was from the recent movies.

I remember it explicitly because one time, I got stuck on one turn and I kept trying to remember a recent romantic song I had heard while travelling on an auto and I simply couldn’t. And yes, that’s where I pick up new songs -- while travelling in autos. So, what is it that I am trying to talk about? Well, that’s it. I couldn’t remember any recent song! In the morning when I was sober, I tried to rectify that. I decided that I would pick out my favourite singer of recent times and see what he has sung recently. What I found was a little bit disturbing; so, I switched to this “new guy” that every auto was blaring three months ago, and in the process, I found a string that connects almost all of the singers of this generation -- a very small shelf life. How small? Well, sometimes it is as brief as four songs.

The Peak And The Subsequent Fall

This is the case everywhere. If you look at the entire scenario loosely; you will see that there are very distinct stages in the lives of Bollywood singers these days.

Every singer has a breakout song. There isn’t any difference in this case. However, what is different now is that as soon as his/her break out songs come out, in the next five movies we get to hear only that one singer singing different songs. The singer’s career, just as he/she starts it, is streamlined to fall because it becomes a demand and fall scenario.

The singer is afraid that if he doesn’t cash on the stroke of good luck he will not be able to make money and at the same time, the producers start treating him/her as a formula. A song by this singer will get the traction for the movie. So he/she keeps on pushing it and for some time this formula actually works. Kishore Kumar and even his copycat Kumar Sanu are known for recording multiple songs on the same day.

Post the break out year, there are franchises which run on the singer’s shoulder as well as other factors. The singer now goes into experiments and few of them become successful. However, he/she gradually starts to lose traction. It then gets supplemented by shows, media exposure, collaborations and other small things that can create a patchwork of a song, which keeps the register running.

Here we see the singer slowly backing away from the limelight; she/he is now lending his voice to jingles and television soaps. We will have more songs coming out in his/her regional language and very few songs coming out in Bollywood. His/her shows will no longer be a solo performance, will start being called in for ensembles and that singer WILL take it to sing some of his old songs.

Now one of his songs will become a hit after a very long time because people are still holding on to his songs from when they were in college. Since those same people are doing jobs now; this song will be a sense of nostalgia. “Remember? When we first heard this singer’s song at a college fest?” This will, however, be a sign for the singer to begin his next journey.

Now the next journey is usually any one or all of the three ways.

He/she will be the veteran in the show; people will have music rounds based on his/her name, where young kids will sing remixed versions of his/her songs, while the singer will sit there grimacing on the entire affair. There will be, “I remember that composer told me that a long way back…” and “this song was sung in that corner of my fancy studio while…”
Slowly, he/she will either become a pro or leave the stage for another one to take the place. Even if not as a judge, the singer will be seen as a host of comedy shows, reality shows, shows about shows, shows that you wonder how they are even shows etc.

The Play  Of Politics

Politics has a certain fondness for anything related to the tinsel town. So, whenever an actor, actress or a singer becomes impasse there is an option for that person to foray into politics. People have heard their songs; they have loved his voice and if they are lucky they can sing their way into a political domicile. It doesn’t always mean that they will get elected but there are always places available for them.

This is new. I discovered that some of the singers are now making a beeline for the video sharing platform, crooning rehashed versions of their earlier hits or new songs that hopefully will help them get back on the groove. Does it work? Well, the YouTube market is already saturated with singers. So, it would be a miracle if it did.

You may call me a cynic, but this is the unabashed truth. With the industry becoming more fickle than ever and the choices becoming more diverse; in the last five years, there hasn’t been any singer that has managed to give consecutive hits. The industry takes young voices in a quicksand and churns out people, who have no idea about what to do. One of the chief reasons behind this is a lack of an independent music scene in India. Very few songs, other than Bollywood, become hits. So, when Hindi movies start rejecting these singers like a bad habit; they have nowhere to go but down.