[VoxSpace Selects] City Of Joy : A Safe Haven For The War-Scarred Congolese Women 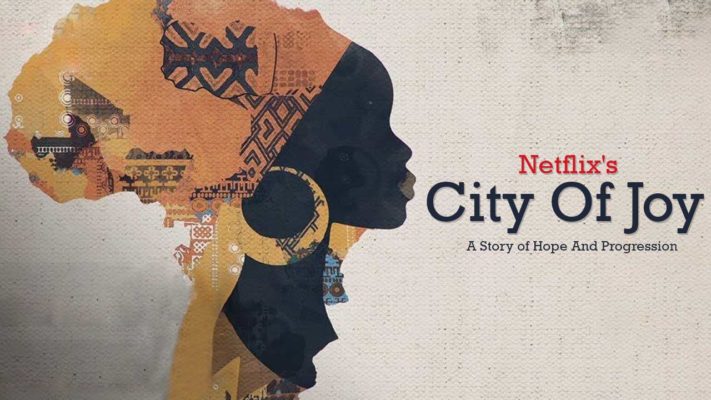 The Worst Place On Earth To Be A Woman

As a woman, imagine what your worst fear is. Now imagine living that fear every day. In the most opinions, Eastern Congo has been disreputably named as the “rape capital of the world” and as “the worst place on earth to be a woman.” Millions of women and more have been raped in vicious ways since 1998 in the eastern Congo. Amidst war and conflicts, rape has been used as a weapon to wage war for destroying the very crux of the social communities. Not just armed violence, gender-based hostility has been taking place at workplaces, schools and even homes, resulting in unspeakable economic, psycho-social and physical outcomes. The victims not just face threats of various sexually transmitted diseases, the trauma and rejection that they face from their peer and social communities take a massive toll on them. They suffer and endure in silence, the fear of rejection and reprisals. In this desolate state, the only ray of hope for them is- City of Joy.

What Doesn’t Kill You Only Makes You Stronger

A 27 years old Jeanne has trouble walking. Her gait shows how she struggles to go even the slightest distance. Here’s why –Jeanne had been tied and gang-raped for weeks on a tree and no, it did not stop at that. After going through surgery for the damage that had been done to her body, Jeanne went home and there she was raped again. One of these encounters had made her pregnant and she was forced to deliver the baby in the presence of the militias. The baby died.  Jeanne managed to escape to the Panzi hospital located at Bukavu in the eastern region of Congo. Ever since Jeanne had gone through multiple surgeries on the lower part of her body that was vandalized.

Despite the horrors that Jeanne had experienced, she raised her voice and spoke in an unwavering voice, “When you look at me, what do you see? Do you see me as an animal? Because you are letting animals treat me like one. You, the government, if it was your children, would you stop it? You, you white people: if this violence was happening in your country would you end it?”

The blood-boiling story of Jeanne and many other Congolese women, who have been through the same experience or worse, is the foundation of the centre – the City of Joy –housing and empowering the traumatized women of the Democratic Republic of Congo, who have been the victims of years of gender-based violence.

‘City of Joy’ was founded by American activist, playwright and author of The Vagina Monologues, Eve Ensler. Jeanne explains, “Eve asked us what we wanted and we said: shelter. A roof. A place where we can be safe. And a place where we can be powerful. That’s what we now have.” Tracing back to 1999, the story of the City of Joy began with Denis Mukwege, a gynaecologist in the Panzi Hospital of Bukavu, and Christine Schuler-Deschryver, his friend and a worker for human rights. Denis witnessed injuries he never could think of even –women raped in vicious and terrible ways, women with wrecked reproductive organs, women having fistulas between the rectum and vagina, imposed not just as a result of gang rape but also for attacks made with bottles, guns and sticks.

In an interview Mukwege recalled the horror, “I said to Christine, this is new. Their vaginas are destroyed. I couldn’t understand what was going on.” Remembering the atrocities Christine says, “When Dr Mukwege told me about these injuries, we were very afraid. And then, in 2000, I was in my office when a woman ran in with a baby girl, 18 months old, her legs both broken–the baby had been raped. She died in my car on the way to Panzi hospital. I ran into the cathedral with the dead baby in my arms, shouting at God. And that was the day I became a radical fighter.”

In 2007, Dr Mukwege invited Eve Ensler to meet with these women survivors of gender-based atrocities. It was during this meeting Ensler came to know about the hopeful dreams of these women to find a shelter that would not only shelter and protect them, but also turn their cataclysmic pain into power. Hence, was born the City of Joy and in 2009, Deschryver led the construction of the centre.

The City of Joy’s ‘Vagina Warrior Program’ works at forming a community that is safe and at the same time empowering, to the survivors of the gender-based hostility, who have exhibited immense leadership qualities. The program concentrates on training women in leadership skills, building their self-esteem and talents, and on healing their trauma through therapy. The women are educated and empowered such that they can learn to live with their head held high. A typical day at the City of Joy is filled with an air of positivity that has music, dance and laughter of the once traumatized women lurking around every corner. They eat together, pray together and live together in harmony as one complete whole. They respect each other’s spaces and takes pride in their power in the face of life’s defeat.

Each house within the City of Joy is seen as a shared space and is looked after by a “burgomaster” assisted by “a policewoman” who maintains a cordial and respectful atmosphere. The rooms are conceived as districts having their own respective representatives in the habitations. There is a mayor elected by the residents who act as the spokeswoman for the inhabitants of the City of Joy. In this unique manner, the City of Joy has innovated a way of forming a local government solely of its own. The activities and the classes in the City of Joy occur in between 8 a.m. and 6 p.m. from Monday to Friday. On Saturdays, the residents volunteer to clean the grounds. On a typical Sunday, they go on a day trip.

City Of Joy, The Film

Moving away from its usual line of documentaries involving true crime stories, the popular platform of Netflix has decided to give the women of the City of Joy an opportunity to share their story with the world. Directed by Madeleine Gavin, City of Joy, the documentary, focuses on the story of the centre’s first class of women. In an articulate style, the documentary exposes the beautiful consequence of an unlikely alliance among the Nobel Prize winner for peace, Dr, Denis Mukwege; the Tony Award winner, Eve Ensler; and the activist for human rights, Christine Schuler Deschryver, who joined hands in creating the City of Joy. The trailer of the film moves along the path of the women rising from the ashes of the war raged upon them, and discovering themselves and the meaning of their lives, even when there was so little left for them to cling on to.

A powerful story of hope and the indomitable human spirit, City of Joy, the documentary, is to be premiered on Netflix next month on September 7, 2018.

Related posts:
[VoxSpace Life] Lowering The Benchmarks : Why Do We Often Settle For Less In Relationships?
[VoxSpace Life] Subrahmanyan Chandrasekhar, The Forgotten Nobel Laureate Of India
[VoxSpace Life] Tarana Burke : The Harbinger Of The Dawn Of #MeToo