[VoxSpace Life] Water : Rapid Urbanization & A Total Disregard For The Most Precious Resource Of Mankind 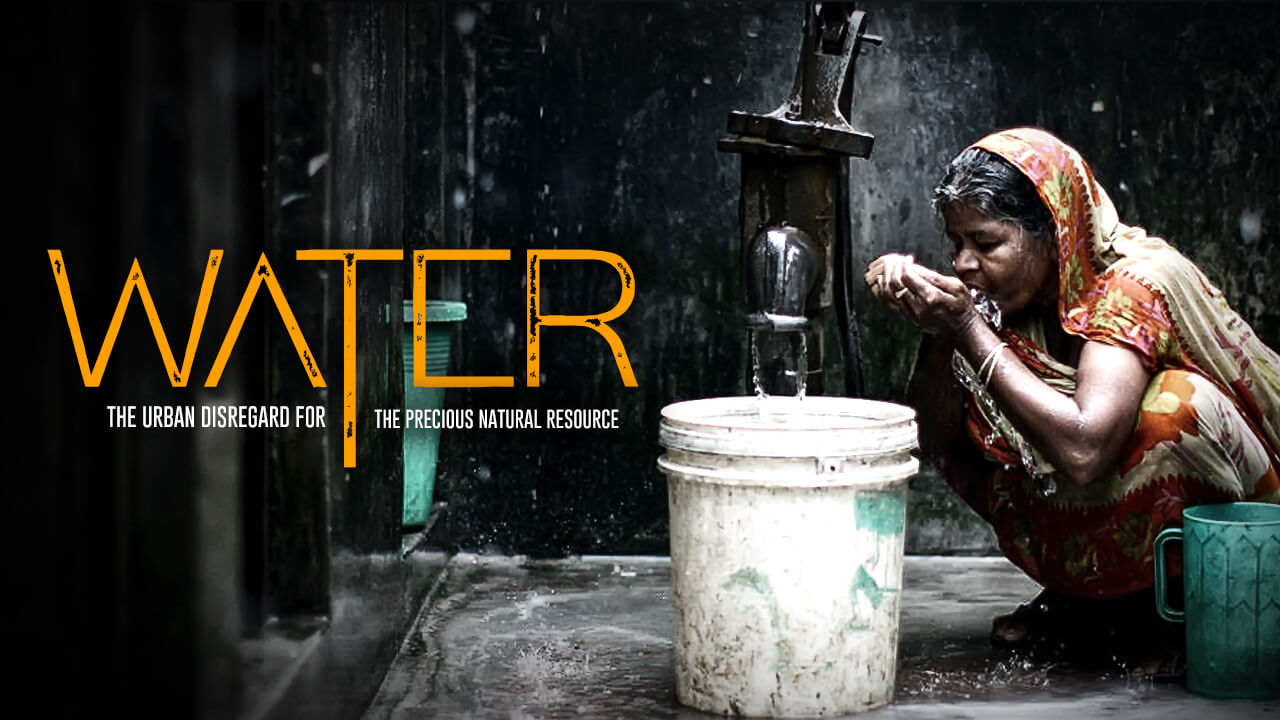 The Grand Fight For The Biggest Resource Of Humanity

Rampant urbanization and misuse of water have brought us to a stage where a water calamity stares at us. Some say that the 3rd World War would be fought for water. China’s massive investment to make the entire Brahmaputra River serve its ends and India’s vociferous objection to the same underlines this point.  To begin with, the earth had abundant water, but then what really happened and where did all the water go.  The answer lies in the fact that a precious natural resource like water was exploited to the hilt by us human beings. The consequence of this rampant exploitation can be gauged by the underlying facts-

1. 884 million people or 1 out of 9 humans in this world live without access to safe drinking water.

2. 5 billion People have inadequate access to sanitation which often leads to water pollution.

3. A child dies every single minute from a diarrheal disease caused by contaminated water and poor sanitation as per WHO (2014).  These are more deaths than HIV/AIDS, Malaria and TB combined.

The Unusual Advertisement Of Water – And The Vulgar Wastage

Remember, the good old days when water used to be piped 3 times a day and people happily stored it in drums and buckets. But now with abundant purchasing power in our hands, water has turned into a commodity rather than a natural resource. 24hrs water availability is proudly displayed in hoardings at all undergoing construction sites by promising of large no. of borewells. Apartment complexes are drilling around 3 to 12 bore wells of 6 inches diameter (against the allowed 4.5 inch for cities) and exploiting water with a single permission letter.

The question arises that why do we need 24 hrs continuous water supply when we can easily store it like in olden days. Why do we require everything at a drop of a hat these days?  The rampant digging of borewells, in already dry areas, with little or no state intervention, is making the situation worst.

Despite there being a ban on borewells of 6 inch or wider diameter in urban areas, as many as 10,000 borewells are being drilled every year. Groundwater Development Authorities, who issue licences to dig the borewells, do not bother to inspect or verify the size of the same and this leads to exploitation of groundwater by drilling beyond 500 feet or more. In recent times we have seen the unused borewells turn into death traps for children in particular and the public in general.

Common Sense Is Not So Common Afterall

As per rules, if drilling is unsuccessful, the rig owner or the private party has to fill it up with boulders, clay, sand or any raw material and close it. However, the negligence of rig owners or the concerned private party in closing these unsuccessful borewells has claimed many innocent lives, but their acts largely go unpunished. The decline in the yield of community wells and depletion of the groundwater table is largely attributed to this unbridled digging of borewells. The brunt of this greed displayed by our moneyed class is ultimately borne by the poor. We can see them standing in long queues for a basic necessity like water.  In villages, people trudge miles to fetch water. On an average, women in developing countries walk 6 Kms a day to collect water. This chore keeps girls out of school and women from more productive activities.

We should learn from arid states like Rajasthan as to how water needs to be conserved. To cite an example –  The people there bathe over ‘charpais’ and then collect the used water for cleaning their households and other sundry uses. Other traditional methods like Johads, baoris etc were also successfully used in conserving water. Another sure shot method to tide over our water woes is Rainwater harvesting.

The city of Chennai successfully kick-started it in 2001. The then Govt. of Tamilnadu made rainwater harvesting compulsory for all Govt. and residential buildings in Chennai. The result was astounding as the water tables rose considerably in most neighbourhoods of Chennai. The Administration of the city even had gone to the extent of barring construction activities for some time. The construction activities soon resumed as the depleting groundwater table got rejuvenated. At the time no new building in Chennai got permission without its rainwater harvesting structure in place. The scheme even got successful in adjoining rural areas of Chennai city as well.

Time is running out for humans. The need of the hour is to implement such schemes nationwide as well as worldwide so as to prevent the human race from going extinct due to the non-availability of water. The message to us is loud and clear – Protect the scarce water that remains now or perish.