India At Asian Games 2018 : A Snapshot Recap Of India’s Extraordinary Performance At The Coveted Sports Event 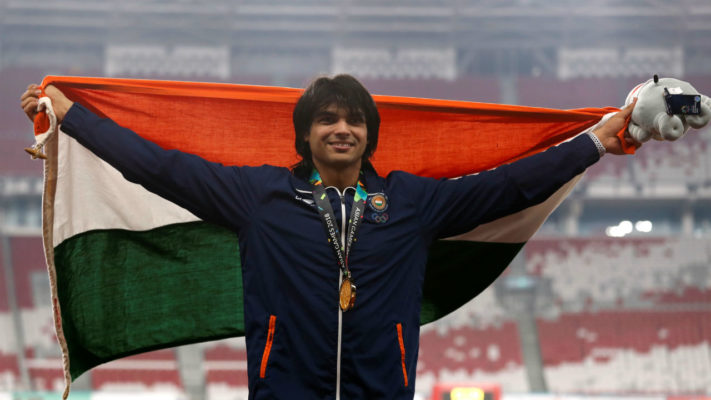 One of the five founding members of the Asian Games Federation, India is one of seven countries to have participated in every edition of the Asian Games. At the 2018 Games, India sent a contingent of 572 athletes participating in 36 events and gathered a haul of 69 medals which is India’s best medal haul so far in the Games which started in 1951.

National records were created, personal bests were bettered and many firsts were registered. Rahi Sarnobat and Vinesh Phogat were the first women to win Asian Games gold medals in 25-meter pistol and 50 kg freestyle wrestling events.

Athletics was the biggest contributor to India’s medal tally. India won 19 medals at various athletic competitions out of which 7 were gold medals. Only China and Bahrain managed to win more medals than India in Athletics. The 4×400 meter women’s relay has always been dominated by India and this time also India managed to clinch the gold making it five gold medals in a row at this event. This is an amazing feat achieved by the Indian women. Neeraj Chopra bettered his personal record to win India the gold medal in Javelin Throw while Tajinderpal Singh Toor broke the Games record to win the gold in Shotput. Swapna Barman won gold in the heptathlon. Jinson Johnson’s gold in the 1500 meter event was India’s first in twenty years and Manjit Singh’s 800-meter gold came after 32 years. Arpinder Singh clinching gold in triple jump happened after 48 years. India also clinched 10 silver medals in Athletics with Dutee Chand winning the silver in both 100m and 200m events.

In Archery, Indian men and women’s team both managed to win silver in the compound archery event. India’s Badminton campaign was historic at the 2018 Asian Games. Two Indian women shuttlers managed to win medals for the first time in the individual event. Saina Nehwal won the bronze while PV Sindhu added silver to her already glistening medal tally. Interestingly, both these shuttlers lost to Tai Tzu Ying who went on to win the gold medal.

Amit Panghal won his bout in the light flyweight category to give India her first gold medal from boxing at the 2018 Asiad. Men’s hockey proved somewhat disappointing this year as they managed to clinch only a bronze medal. The women’s team also did not awe us with their performance but their silver medal is commendable in the light of the coach swaps and management issues they had to face. The Kabaddi campaign was also pretty disappointing as the men’s team had to settle for bronze and women’s team managed to win the silver. This is especially disappointing owing to the fact that India had never failed to win gold at this event since it was introduced in 1990.

Rowing added three medals to India’s tally – one gold and two bronze medals. The gold came in the Men’s Quadruple Sculls event. The Squash contingent was embroiled in controversy from before the tournament began. Even though the players trained without a coach they managed to win five medals but sadly, none of them were gold medals.

The shooting contingent delivered yet another strong performance by amassing 10 medals out of which two were gold. Teenagers Saurabh Chaudhary and Shardul Vihan were big surprises for India as they struck gold and silver in their respective events. Rahi Sarnobat secured the other gold medal for India. Table tennis added two bronzes to India’s medal tally. In tennis, India’s dominance continued in the men’s doubles event where Rohan Bopanna and Divij Sharan won gold in straight sets. Tennis earned India two more bronze medals for India. Weightlifting was the most disappointing event for India as no medals were won in any of the weightlifting events. Wrestling added three medals to the tally – two golds and 1 bronze. Vinesh Phogat and Bajrang Punia won the top prize in their categories. Divya Kakran won bronze in the 68 kg category.

Despite losses in Kabaddi and Hockey, India’s medal haul at the 2018 Asiad cannot be called disappointing. The medal chances India lost in the sports that India is well seasoned at was made up with wins in new and unexpected events like Equestrian, Bridge etc. it is every sports fanatic hope to see their country at the top of the medals tally. Let us keep that hope alive for the next four years as our athletes recharge themselves to set out on their quest for Asia Games glory again in 2022 at Hangzhou, China.

One thought on “India At Asian Games 2018 : A Snapshot Recap Of India’s Extraordinary Performance At The Coveted Sports Event”