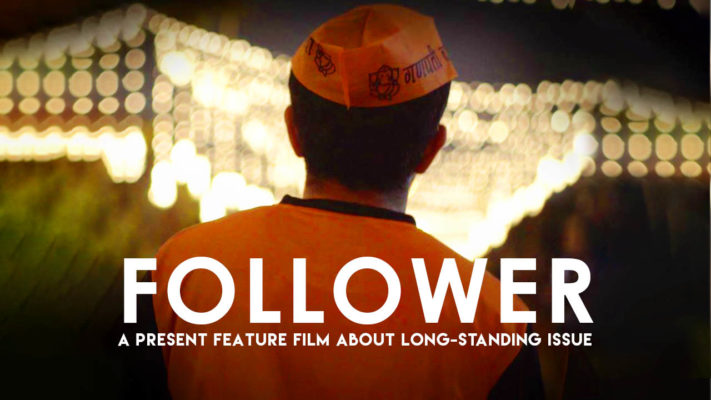 The Timeline Of Crisis – Where Kannada And Marathi Counted?

The time was 1948. A year after India’s independence, the western parts of Indian dominion faced a new challenge. With Kingdoms and British union rules now becoming redundant, the newly constituted Independent Indian Government was faced with the daunting task of bringing the country into a functioning state, divided either on the basis of language, nativity, or physical proximity to an erstwhile established state. Of course, this could affect the trades, economics, national governance and relief in a manner unforeseen by the administration.

It is in this time that the Belgaum Linguistic Divide came to the front as a major issue. The issue at hand was directed at Belgaum (presently a part of Karnataka State Administration), which constituted, according to an 1881 census report, of 64% of Kannada speaking people and the rest Marathi speaking populace. The debate over whether Belgaum, as a majority Kannada speaking district, was to be a part of Karnataka based on the census report, or should it be a part of Sumyuktha Maharashtra, because of its physical proximity and people wish became the matter of contention for either of the states.

According to the 1951 census, the percentage of Marathi and Kannada speaking populace (in that order) was-

Amidst this discussion, Maharashtra Ekikaran Samiti (MES) was formed in the same year, with an agenda to achieve unification of Belgaum into the state of Maharashtra. The main contention which the Samiti put forward to the Indian Government was that the consensus of the people was being denied in the consideration for the inclusion. The Samiti also pointed at the lack of legal paperwork available in the language of Marathi within Belgaum.

The point gained legal validation as the Samiti pointed at the Official Languages Act, 1963 & 1981, which clearly stated that where the minorities constitute more than 15% of the population within a legislative area, then all measures need to be taken by the ruling government to ensure that all legal paperwork is available in the minority’s language as well.

Belgaum Issue Over The Decades

As things reached a point of ensuing friction between the Marathi and Kannada populace, much of the issue remained coloured by the press & media’s inherent bias as per their allegiance. As national press conveniently moved away from the issue, leaving the issue to be sorted by Kannada’s status quo government and Marathi’s Mahajan Commission, the issue further escalated beyond Belgaum.

In the early 1980s, the first Belgaum City Corporation took place, and in an unexpected turn of events, most of the candidature belonging to Maharashtra Ekkikaran Samiti took charge in the corporation. Their agenda was clear- to bring Belgaum to be a part of Maharashtra. In fueling and propelling their agenda further, regional newspapers played a major part. The Maharashtra based newspapers started calling out for all MES-led constituencies including Belgaum to pass amendments and submit objectives to the central government.

As things heated up, the Karnataka State government maintained a strong stance towards ensuring the status quo. Kannada newspapers called out the claims of MES as those driven out of baseless regionalism. To retort to this the Maratha media called Karnataka’s behaviour towards Belgaum as partial and step-motherly. And thus, as the Belgaum issue continued for decades more, the role of region-specific newspapers and press media became as much prominent in both driving and derailing the movement.

The Lack Of National Awareness

Over time it became an unfortunate development that nation-wide press decided to turn a blind eye to the issue of Belgaum, which remains as chaotic and unresolved as ever. It is also to be noted that the basis of national coverage was being based on the adulterated and often partial representation of the issue from time to time. The role of media in educating the people about the Belgaum issue has been compromised over the years.

Addressing this issue, we have come across this thoughtful initiative by Harshad Nalawade. His fictional feature film based on the linguistic division of Belgaum and the role of the press in the whole process, by name Follower, is an honest attempt to understand the intricacies of a long-standing ideological clash.

“The film delves into the politics of hate and fake news. Recently, we have seen a massive rise in mob lynching and assassinations of rational thinkers in society. Most of this has happened over the spread of fake news on social media. Some reputed media channels have also propagated fake news without making an effort to find out the truth. Political parties have taken advantage of this culture and formed an army on social media to spread lies and propaganda. They incite hatred and divide people for political gains. Follower questions these practices while exploring their far-reaching impact” says Harshad Nalawade speaking about the film.

Follower – The Movie About A Moral Conflict

While elaborating about the feature film, Harshad explains the conflicts about the issue. “The film revolves around Raghu, a journalist who works for a media house that acts as a voice of the marginalized Marathi speaking community in the city of Belgaum. He believes his cause is noble and therefore refuses to get paid for his work even though his family is going through a financial crisis. Raghu goes to extreme lengths in pursuit of his cause. As a result, he is faced with a huge, unanticipated personal loss. Raghu reflects on the choices that made him descend into this madness. The story explores his personal journey amidst a society driven by half-truths and hate politics”.

Harshad in his attempt to bring out the feature film has now approached the crowdfunding initiative online – Wishberry. His campaign which requires a total funding of Rs 5,50,000 has already crossed the mark of 70% of its funding. The project is looking for benefactors who believe that the issue needs to be dealt with in a poignant manner, as has been shown evident by Harshad through his follower. If you as a reader of this article and as a follower of the issue believe that this feature film, which is a true resonance of an age-old issue, needs to come out to the screen, we’d request to check out its campaign page and contribute to the cause.

Related posts:
[VoxSpace Life] The OTT/Streaming App Demand – Is This The Best Time To Be A Creative Writer?
[VoxSpace Selects] Mid Year Round Up 2019 : Break Out Stars of Indian Cinema and Web Space
JERRY SEINFELD’S 12 Unconventional Rules For Doing The Best Work Of Your Life