[VoxSpace Life] Gossips From The Wild : An Ode To Women Nature Writers 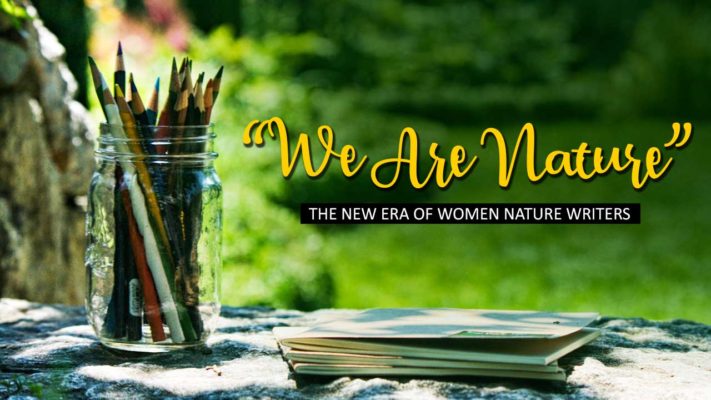 Nature writing has resurfaced in a new avatar, to preserve the interconnectedness of nature, flesh and the soul. As well as the harrowing repercussions that modernization has left on nature’s legitimacy on tribal lives. More than a genre, it has become a language in itself, challenging decades of wilful denial of tribal rights and their assertion on nature. Ironically enough, there are not many publications to salvage the fast deteriorating relationship between man and nature, albeit some yearning is evident in the western book market. Women writers have been grappling to thread nature and humans together, to galvanise centuries of passivity into taking action, and protect acres of infertile lands lost to urbanization.

In the UK, women authors are traversing newer territories hitherto preserved for the males and whites. What has been previously cramped within a cocoon has come a long way to enjoy commercial success on a global scale. The genre’s new titles have been aggressively replacing fellow bestsellers in bookshelves, and we as readers could not have been prouder on seeing its success. Today, it is not just about celebrating the commercial success of nature writing but exploring the plethora of beautiful imageries that writers have bestowed upon contemporary society.

The last few years have been a witness to emerging women authors claiming their place in literary tradition and overcoming cultural barriers. The bulk of writing cannot be discarded as activists’ exaggerated rant anymore, they are fast carving a space for themselves questioning the extent of white supremacy, modernization and a traumatized natural diversity in the 21st century. Author Zakiya Mckenzie feels white supremacy has invaded into a sphere where the question is about sacrificing Earth at the altar of prejudices.

Mckenzie sees herself as the only black woman treading miles of conserved woodlands in Leigh Woods, taking her children to bird sanctuaries. In her part of the town where she lives with black people, such initiatives only hover over as ghosts. Her community feels invisible both in the publishing, specifically British nature writing, as well as within the vicinity of zealous conservationists. We hope her work brings out marginalized sections alive on pages, destroying the myth of white cowboys and women strutting with a swagger in parks and sanctuaries, protecting and conserving nature.

A single mother and PhD scholar, Mckenzie writes to get heard by the white authorities… “ Come to our meetings, in our space, and ask us, ‘What can we do? What are we missing?”

For Tiffany Francis, publishing titles on nature is equal to winning another battle, creating another history of placing nature within the commonplaces of life and tragedy. Her works trumpet proudly the significance of Nature in contemporary times, cherishing her (Nature) beyond the classics of John Milton and Christina Rossetti. Francis is on a mission, in her odyssey of publishing newer titles she wants her recollections on nature to spread like a forest fire, tossing away geographical, and language barriers.

“I hope it will illuminate the forest and make people aware that we are nature.” She tells The Guardian.

British historian and poet Helen Macdonald with her latest title H is for Hawk draws a poignant antidote to the art of nature writing. In many of Macdonald’s interviews, she has harped on the symphony that exists beyond our everyday spectacles. H is for Hawk, with its bouquet of metaphors, helps readers take a dive into this lesser unheard symphony of nature, to reflect and introspect. In the 21st century, where esteemed leaders prefer to live in denial of global warming and approaching apocalypse, kudos to these women for bringing around a renaissance in reading and writing.

In India, since antiquity, canonical texts on nature and environment have survived only on the fringes of discussion. Nature writing is a far cry from being a clickbait yet in India, but it is difficult to abandon the immensity of Indian fictions and non-fiction dedicated to nature. For instance, poet Sugathakumari’s Kerala Sahitya Academy Award-winning Pathirappookal (1978) a literary gem in Malayalam, remains canonical in its own right. Sugathakumari places Nature in varying contexts, as her characters wade through a sea of emotional turbulence.

Scottish poet Kathleen Jamie has her poetries fashioned after Pathirappookal, penning down passages to “provide a sort of connective tissue”. To K. Vasamalli, a writer and scholar, writing poems or prose on nature is to overturn years of a monopolistic regime that has snatched acres of forestlands from tribal communities.

Alice Ekka, India’s proclaimed first “female tribal storyteller” had composed anthologies that chronicle the deliberate rampage on tribal women and nature. Unfortunately, for readers, works like Pathirappookal,, and other works of Ekka in Hindi, have never been able to penetrate into the mainstream reading habit. Very recently, eminent publishing houses like Orient Blackswan and Tulika have declared to fund translation works of regional titles on environmental writing in order to bridge the overwhelming gap in its readership.

The genre has ploughed to deconstruct gender bias, popular beliefs and fairy-tales, and cultural myths. Stylistic devices vary, from lyrical to imaginative and argumentative in tone, resorting to the use of metaphors, and analogies. Readings on nature should best be not confined to Wordsworth or illustrative children’s comics, especially now when humans have managed to mutilate 1/10th of Earth’s wilderness in the past 25 years. Classics in regional languages should be translated and marketed to readers. Apart from shaking up the economy, it can replace clichéd marketing strategies that remain overtly saturated with books on religion and politics.