[VoxSpace Life] Defining The SLUT: The Girl With “Loose Morals” 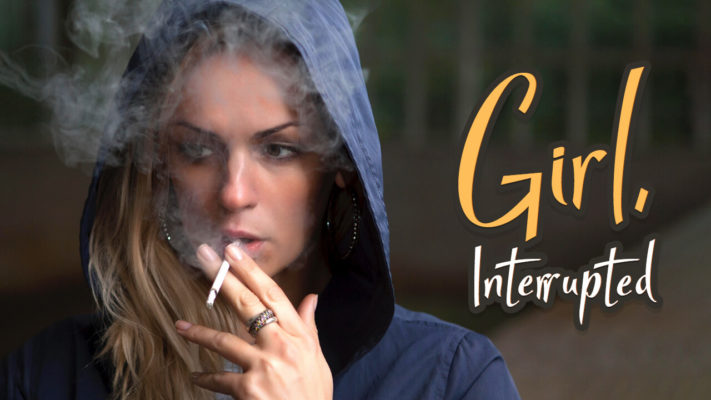 We live in a world where the goodness of a person is entirely dependent on their promiscuity, more so women than men. Is that the only thing that defines a woman? And more so the goodness in her? Is that all you want to reduce a lady to?  To how many sexual encounters she has had before marriage? Or to just how many sexual encounters she had. Period

What has the textbook definition of a “good girl” got to do with sex? That’s not all there is to a girl. Judging someone for having tattoos on her body, for having piercings besides the designated ones on the ear, for smoking, for drinking and the most taboo one of all, for SEX.

Oooo, I found a cure for cancer but I have casual sex, nevermind.

A girl can be the nicest human being on earth. She can be out there saving lives, donating to charities, probably even curing cancer but god forbid she’s into casual sex. Then all hell is going to break loose. Why? Just because she’s all XX chromosomes? Has a vagina?

Why is having sex a matter of pride for one gender and shame to another? How is that fair? Then again nothing is fair, right? Talk about double standards, huh?

Are You A Saint Or A Slut?

There’s a huge difference between girls who are into casual consensual, non-beneficial (besides the apparent benefits *wink, wink*) sex and the ones that trade sex for materialistic and non-materialistic favours. I am not implying that they are wrong either, mind you. To each their own. I am not one to judge.

However, does calling names and categorizing someone into that category make you feel better about yourself? Do you sleep better at night? Are you more at peace with yourself? Then go ahead, the ‘sluts’ don’t have a problem. I can vouch for it.

Self-Sabotage Is To Blame Here

Casual sex doesn’t have to always be about the sex. For some, it’s their way to deal with things, a stupid way but it’s their way. Getting drunk and everything that comes after it and sometimes it’s sober too. Let’s not blame alcohol for everything. But hey, they own up to it. Yes, I did a stupid thing, whether drunk or not, it was all me. No one else’s fault. Not even the less drunk person’s fault. Just mine, the slut’s fault.

For some, it’s a defence mechanism, a self-sabotage technique. When something is going so good, so real, they are afraid of what the future holds for them, they are afraid of the happiness and the love that life has thrown their way. It’s almost alien to them. So alien that they are willing to just throw it all out. Once a slut, always a slut, right? They can never change, just never.

We are far from getting equal opportunities, pay or even a choice; but at least as women, as humans, live and let live. Hell, we may even get all of them someday, but not being slut-shamed? Na, that’s never going to happen. Their sexuality hurts no one but the narrow minds.

I get it that there’s a line that even casual sex shouldn’t cross and sometimes those lines get blurry. But those blurry lines are what’s going to stick with them. Even if they try to let it go and make amends. Even if they do all the good in the world to negate their own wrongdoings, the people will never let them forget. Why would we? It’s our job as people to never let the negativity go. Even if it means to destroy someone so fundamentally that they don’t even want to live. They just want to be done with life. But, they are also too chicken to end their lives. Why? Because, no sex in the afterlife silly, that’s why!

Everything has its consequences and conscience is a real thing. You don’t have to see a person going in the confession box or even self-harming oneself to know they are hurt and they realize what they have done is terrible. Guilt is a funny thing, and the ones that really are guilty are the ones who suffer in solitude without making a big show of it. It was their mistake, only theirs, then why will they let others see how they are repenting over it? Sympathy isn’t what they want. They want forgiveness, not from others, from themselves, the forgiveness from within. And that by far, is the most difficult forgiveness. Go ahead, try to forgive yourself for something that ruined your mental peace for so long. Try it, I dare you.

So why is this mistake so wrong and so permanent? Have you never been in a situation that you had no control over, even when you had all the control over it? Mistakes happen. No one’s born a “slut”, hell no one’s born a saint either. But no one likes being slut-shamed. Girls who are into sex outside relationships aren’t incapable or unworthy of love. How do you come up with such utter conclusions anyway? Those girls too, just like the “saints”, are very much capable and oh-so-worthy of love. Don’t let them be apologetic for knowing what they want and actually getting it. You’d do the same.

There are ones that are willing to love them despite everything but even then there are those people who get in between that as well. After all, sluts shouldn’t have a happy ending, besides “the happy ending”, right? Why do people find the need to come in between the unconditional love that someone is willing to provide someone else with? What’s aching you so much? We aren’t living in fairy tales, the evil queen deserves her happy ending too, and she deserves the love she was always deprived of. Evil villains aren’t always bad and the princesses aren’t always good.

Would You Love Me With My Dark Side?

Everyone’s an opportunist. It’s just that they never got the chance to do so. And when do get the chance, they’ll jump on it with both hands. Making someone go through something just because you think they deserve it, won’t make it all equal. A “saint” involved in intentionally making the “slut” miserable isn’t a “saint” at all, they are even worse. And what’s worse than a “slut”?

Related posts:
What If Your Pharmcist Was A Witch - Iliza Shlesinger Has It Covered..!!
[VoxSpace Selects] Year End Round Up 2019 : The Best Performances Of The Year On Digital Media
[VoxSpace Life] Ten Inspirational Figures Who Are Propagating Fitness All Across The Country