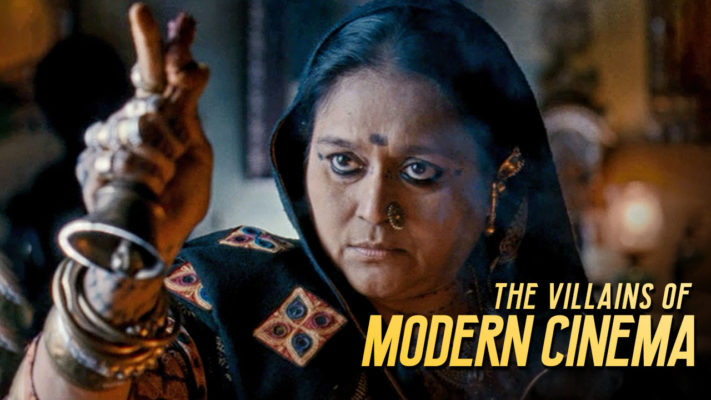 Heroes Are Just Not Enough, We Need Villains And Vengeance

Portraying vengeance and villains can be held as no less than an art; the power of elaborating on the dark sides of the human psyche is perhaps the greatest form of the supremacy of a story-teller that has given us remarkable characters to be in awe of. Villains or antagonists have a queer shade of personalities that differentiates them from rest of the characters in a film. Certain idiosyncrasies can always be associated with them that render a different hue to these characters and appeal to the audiences more. Bollywood in the 90s and better portion of 2000s have never failed to depict some gruelling characters sure to make you flinch even at the thought of them, they demand remembrance owing to brilliant portrayal of evil, depravity and often time a subtle charm that the brought along with them. Prem Chopra in Bobby, Shah Rukh Khan in Baazigar, Amrish Puri in Nayak, Sanjay Dutt in Agneepath, and Amjad Khan in Sholay are some of my personal favourites.

It is really heart-breaking not to have adequate female villains during the 90s or so, but still one can easily recall the psychopathic killer played by Kajol in Gupt. Supriya Pathak in Ramleela, very recently, also managed to give us a chilling fear whenever she appeared. Vengeance in Bollywood is as old as the industry itself. Perhaps it satisfied audiences’ craving for thrill and cruelty. Now what has changed over the years is the handling of the theme of vengeance and portrayal of villains in cinema, which has been done keeping in consideration social changes and contemporary times. The concept of portraying a villain nowadays has much relied upon audiences’ notion of evil, like far from being a single person, today many Bollywood films have ventured into manifesting the notion of evil into perhaps society, mindset, people, government, psyche, machines, conscience, and even ideologies. Perception of evil, vengeance, and villain have undergone a change in a tremendous amount and it has offered a new dimension to cinema that would be worth discussing.

Have You Seen Them All?

In Hollywood, vengeance and revelation of charming villains are also quite pervasive and has an array of interesting antagonists in the annals of film-making. Some of the characters are admirably haunting, some are legendary like the character of Joker played by Heath Ledger, Imelda Staunton as Dolores Umbridge in Harry Potter and the Order of the Phoenix, DiCaprio as Calvin Candie in Django Unchained, Thomas Harris as Hannibal Lecter in Silence of the Lambs and Hannibal, and Peter Creedy by Tim Pigott-Smith in V for Vendetta are certainly the most remarkable ones. Villains are not just shallow, evil characters creating a nuisance in these films, but however, have a far more important role to play in the progression of the film.

Vengeance as a motif is fuelled by these characters and it provides the main narrative with a momentum of its own. What has elevated the character portrayal of villains above sheer evil and junk is the way some of the greatest directors have viewed the art of portraying villains as a challenge in itself. The best instance is when John Huston, who has directed films like The Night Of The Iguana, decided to play the character of a shrewd and morally unscrupulous Noah Cross in Chinatown (1974). He makes us realize what are villains, if not a well-crafted device to make the audience flinch and gape at for as long as they are inside the theatre. I would like to take you on a journey through some of the best ever commercially successful films and their portrayal of villain characters, engrossing and repulsing us, both at the same time.

Leonardo DiCaprio is arguably the most stunning villain as Candie. We come to love this character in spite of his monstrosity and apathy towards the “niggers” because of his charm, idiosyncrasies, and his contribution to the surmounting tension of the film, climax and denouncement or the unfurling of the results which would free Django and Broomhilda. Therefore, Candie is not just a typical portrayal of a cruel, French master inflicting pain, but a bridge connecting Django and Broomhilda, helping in the main narrative of the story. We hear a tempo playing in the background whenever he appears and anticipates cordiality between Candie and Django or Stephen, the devoted servant breaking into violence and murder at any moment. Candie definitely had some of the best scenes in the movie, especially when he was cracking open the skull of one of his former slaves, to humiliate the guests.

Baazigar is one of the best crime-thriller directed by Abbas-Mustan. Shah Rukh Khan is the villain and the proverbial hero of the film, plot riveting around the enigma called “Ajay Sharma”.  It was one of the finest instances when Bollywood proved the charisma of a villain dipped in the colours of intelligence, emotional vulnerability, charming personality- all these were used as a ploy by Ajay to trap his victims. The film was phenomenal in showing SRK in a completely negative light, somebody we cannot help but sympathise with in the end. Parallel to this film is Darr where SRK can be seen in the same avatar, however, his cause in Baazigar makes him a better antagonist when compared to an obsessive psychopath. Baazigar is a film remarkable for giving the audience a villain of a finer blend of refined characteristics and not just a gaudy amalgamation of nonsense and sado-masochism. Our Baazigar is a different villain altogether and still left us in a maze of questions about his virtue.

V For Vendetta, The Crumbling Edifice Of Power

Peter Creedy is a representative of a law apathetic to the sufferings of others, of fascism struggling to rise to absolute power. V for Vendetta can be regarded as an anti-consumerist film, parading against the very seed of corruption that Peter Creedy comes to demonstrate; he demands servitude and compliance on part of the citizens that would be destroyed at the end of the film when people will unite masking their anonymity. Here we are being imposed with a villain universal in nature serving the purpose of exposing the ugly side of the authoritarian rule, vengeance serving as a means to organize and educate to rebel, to fight for common good.  Peter Creedy is injustice personified and therefore identifiable in ways beyond the peripheries of time and political affiliations. It simply carries forth the idea that “People should not be afraid of their governments. Governments should be afraid of their people”.

Certain villain characters in cinematic history are invested with noir traits that only add to their popularity long after the release of the film. Noah is a mastermind, the dark side of a human being, craving for money and materialistic possession. We get an eccentric blend of the incestuous father, business magnate, a patriarchal man with a long abusive history with his own daughter Evelyn, beautifully breathed into life by Faye Dunaway. The way justice mates out in Chinatown and works in favour of Noah is an exact replica of what Bollywood has taught us about villains, retribution. Noah escapes punishment, suffering or the agonizing pangs of conscience for the deeds he is responsible for. As Noah quotes in the middle half of the movie, “…most men never have to face the fact that, at the right time, they’re capable of… anything.” We once again discern that it is Chinatown, the nadir of moral degeneration, greed for fame, power and survival of the prosperous, the diabolical.

We Need More Of  Evil For Progression

Cinema has shown us that not every film has to be a moral preacher, the demise of every villain does not make sense, villains are not always destructible or discernable by their idiosyncrasies, it is not always necessary for them to be a person.  Bollywood has surely come a long way from implanting a mandatory villain character in every movie like it used to be in the past with films like Anjam and even DDLJ. It would not be fair to say that villains are fading away, but the portrayal surely has taken quite a subdued way. For instance, today Nawazuddin Siddiqui, Naseeruddin Shah (in Dirty Picture), Tahir Raj Bhasin are playing the grey characters. While in Hollywood the versatility of the proverbial villains continues to grow with films like Dunkirk, 2001: Space Odyssey, Interstellar, and Frankenstein. It is definitely worth vesting both our curiosity and attention in them!