The Most Embarrassing Thing You Found On Someone Else’s Mobile? (Adult) 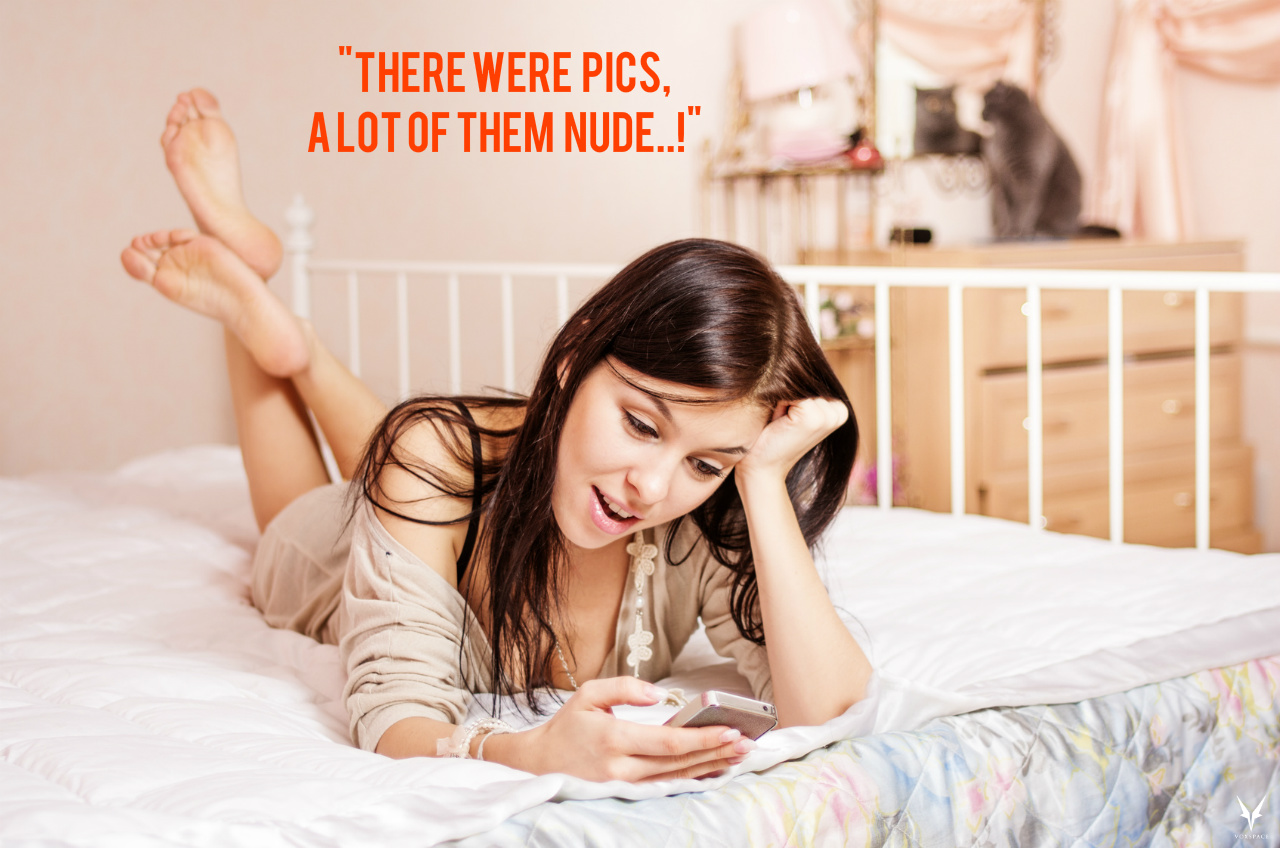 When you ask the right questions, you get the correct answers. The question in concern. What if someone took your mobile and saw something which ended up embarrassing the both of you. We got curious and turned to Quora, going about asking this question. The results as we expected turned out from being nasty to downright embarrassing and all the things between them. Proceed with caution. To avoid further embarrassment we’ve changed the names of the participants :

“I saw a lot of weird shit but the single most embarrassing thing I had ever seen was when a guy brought his prepaid mobile in and told me he needed a new phone but wanted his contacts, photos, documents, etc. transferred over. I transfer the guy’s number, finish up moving his contacts, and open his gallery of photos, and, to my shock, disgust, and utter surprise is an entire album – FRONT AND CENTER! – of nude photos of his girlfriend – up close, personal, and all sorts of places no one should ever be sticking cell phones. Making matters worse, I actually recognized the guy’s girlfriend (as some of the photos showed her face) as one of my OTHER customers at the store!”
Laura Brooks, Cosco.

Someone Found A Suicide Note :

So my Dad usually goes for a walk in the evening. While returning back from his walk, he went to the medicinal store to buy his meds. The old man in his twilight years approached my dad and asked to read the SMS (that Old man had forgotten his spectacles). He looked weary, absent-minded, and scared as per my dad. My dad being a new learner of gizmos—specially cell phones— that time, instead of clicking on messaging box, he ended up clicking on Browser and last visited web page was still open. It was related to suicide. My dad realized that old man must be going through suicidal thoughts. My dad casually started chatting with him. He asked many usual things about him. After a while, he himself confessed to dad about his personal issues and suicidal thoughts. That old man was an uneducated businessman who was thrown out of his own home by his only daughter. He is a diligent worker who set up his small business after a lot of struggle. He made good savings over a long period of time and bought a luxurious home in the suburbs of Mumbai. After he got his daughter married (his wife was no more during that time), his son in law and daughter got the property in their name, and they literally threw him out. They even got the deposit and other funds transferred to themselves. He was back to square one, being poor. Ofcourse, He was deeply hurt and had an emotional break down too. He had to beg for shelter and food.
Naseer, Student, Delhi University

When You ScreenCast A Butt :

My wife’s sister and her husband were at another couple’s house eating dinner and hanging out. After dinner, the four of them were sitting in the living room relaxing and talking. Just to have something to look at, the wife grabbed her husband’s mobile and screencast it to the television using their Apple TV setup. As the screencast cycled through the images on the guy’s phone, they were all shocked to see a couple photos of his big, hairy, spread-cheeked butt, with a particular emphasis right on his B-hole. Yeah, I know it’s gross. I’m sorry. They all start screaming and laughing and dry-heaving, and the guy was so thoroughly embarrassed he was turning beet red and almost crying in shame. His wife was like, “WHAT THE HECK?” But all he could do was stutter and mutter and murmur. The poor guy was absolutely mortified. It turns out, he had suspected he might have hemorrhoid but was too embarrassed to ask his wife to look. And since he couldn’t see very well when he had tried using mirrors, he’d decided to take a couple photos with his mobile.
Phillip Morris, Reality Consultant

When Folders And Farts Come Along In The Mobile:

After I started searching my friends mobile for some time, I found a folder named “FARTS” and I spelled/read it as “F” “ARTS”, I seriously have no idea about that and I don’t even know the meaning of it and opened the folder very excitingly, thinking of different kinds of “ARTS”. In that folder, there are almost 100’s of file’s which are completely in audio files. So I opened a file to watch a video but instead of that audio file is running and I listened to a fart sound. To confirm I opened another file and I heard another type of fart and so on. After that, I realized that the folder is filled with different types of “FARTS”. After searching in Google I realized that the folder name has to be spelled as “FARTS” not “F” “ARTS.
Chaitanya, Kansas University

Folders And Folders Everywhere, Not One To Open :

One day my uncle (chacha) came to our home from village and his marriage was due in a month or so. There was a happy ambiance and the elders were talking about the arrangements. I was getting bored so I asked him for his mobile, I wanted to play, of course. He gave it to me. But soon I realized that he didn’t have anything even remotely interesting on his phone so I started scrolling through his gallery. Sure enough, all I found was stupid mirror selfies and pictures of bikes.
But then at the end of it, there was a folder named, I opened it. Another folder. I opened that. Another folder!This went for around 10 folders and finally what this 10-year-old girl saw, shocked her. Hundreds of pictures of naked women! Not secretly taken, though, these women were posing.
Nikita Jalan, Statistician

Now that you know what happens when you hand over your mobile without being careful about it, take care bro..!!