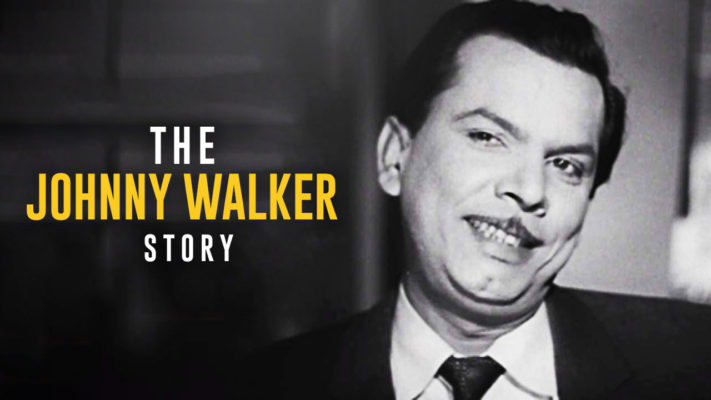 I was watching Zakir Khan the other day on YouTube, and as usual, I was in splits. It’s not that this is the first time I have come across his videos; however, you know his videos are one of those that you keep on watching over and over again because even if you know the punch lines it gives you a good laugh. However, somehow this time around, it dawned on me, “Hey! This is not the first comedic genius out of Indore; long back there was someone, who was more epic.” Now, you must be scratching your heads and wondering who is this comedic genius from Indore if not Zakir? Well, who? Badruddin Jamaluddin Kazi. Didn’t ring a bell? What if I say, Johnny Walker? No, I am not talking about the liquor brand; I am talking about “Jaane Kahaan Meraa Jigar Gayaa Jii, Abhii Abhii Yahin Thaa Kidhar Gayaa Jii….Kisii Kii Adaaon Pe Mar Gayaa Jii…Badii Badii Ankhiyon Se Dar Gayaa Jii…” Remember him? Of course, you do and that man is Johnny Walker.

The Last Hurrah And The Curtain Drops

Johnny Walker’s last movie appearance was in Chachi 420. Now, this was the directorial debut of Kamal Haasan, who already had attained cult status as an actor, but this time around he wanted to prove his mettle as a storyteller. Since this was his first movie, he wanted everything to be perfect and there was this small role of a drunken makeup artist. For this part, Kamal Haasan had decided that the comedians, who were already there wouldn’t do; it has to be the very best one. So, he approached Johnny Walker.

Now, Johnny Walker was in exile. After acting in more than 300 movies, he imposed a self-exile when he found out that the movies that were being made were not to his taste. He didn’t want any part in the vulgarity, remarking that in all his movies, his roles were so clean that the censor board could never snip a single line out of it. Also, it was prudent to go away, when things were in full glory, he had quipped, “I’ve reached the peak. Mount Everest chadh chuka. Utarna bhi hai na.” Also, he had everything now. “Ghar hai, car hai, bachche hai, telephone hai… aur kya chahiye?” Kamal Haasan, however, managed to cajole him back to the silver screen, and, for the last time, we got to see Johnny Saab on the screen.

Johnny Walker has always been very different from all the other comedic geniuses. He insisted that his humour had to be clean because movies should be a family affair and the king of slapstick didn’t want to tarnish the reputation. How he got discovered is also a great story. In those days, veteran actor and scriptwriter Balraj Sahni used to travel by the BEST buses in Bombay, one day he stumbled across this conductor, who was regaling the audience with his jokes and antics; he even had a funny way of calling the stops and that tickled the funny bones of the passengers. Highly amused Sahni, who was then working on the script of Baazi, introduced him to Guru Dutt and that’s how Kazi Saab got his first break. He made himself a staple in Guru Dutt films, which speaks volumes about his acting prowess and his calibre as a comedian. He stood in front of Guru Dutt and gave an exact portrayal of a drunkard as his role demanded and Dutt Saab was delighted. Overjoyed by the fact that he has found his comedic genius, Guru Dutt fondly started calling him Johnny Walker, because Kazi was now as much dear to him as his favourite whiskey brand. The name got stuck and hilariously enough, a man, who was a complete teetotaller and a devout Muslim, became the slapstick king with a name of a whiskey brand.

If you have to know how much the great Guru Dutt loved Johnny Walker and respected his talent, you only have to look through his films. He was there in all films, barring one and it is said that Guru Dutt extended extreme liberties so that Walker could exercise his comedic brilliance. Guru Dutt would meat out a role for him and in the rehearsals, Walker would come out with his own take on the matter, and there would be an assistant, who would write down everything that this man said; so that, it could later be incorporated into the movies.

Oh! The Songs Of Yesteryears

Another person that needs to be mentioned here is Mohammed Rafi Saab. Not everyone could manage to sing songs that would fit Walker Saab and it was a raging demand from distributors following his song, “Aye dil hain mushkil jeena yahan.” Every movie wanted Walker Saab singing a song. So, a pair developed. Johnny Walker would be on screen and Mohammed Rafi would lend his voice, forming an iconic performance that’d enthral the audience. They were inseparable and both owe it to each other for their careers to reach the heights that it did. And boy, did Johnny Walker soar! At his peak, meaty roles were allocated to him in every movie and it also elevated the mindset of people towards comedy. It was Johnny Walker, who paved the way for people like Mehmood and others to get that demand, attention, and money from the producers as an artist. He made people recognize comedy as a true art form. It can be said that he was the man, who started it all.

Johnny Walker was a gem of an actor, a human being and a name that would be carried in our hearts till the very end. We live in times, where comedy gets shoved down through our throats and we have to laugh at gags that are slowly becoming less funny by playing themselves over and over. In these times, it’s pertinent that we remember him and hum while having a bad day, thinking about his clean comedy and impeccable performances – “Sar jo tera chakraye, Ya dil dooba jaye, Aaja pyare paas hamare, kahe ghabaraye, kahe ghabaraye?”