[VoxSpace Life] Boroline – The True Emblem Of ‘Make In India’ 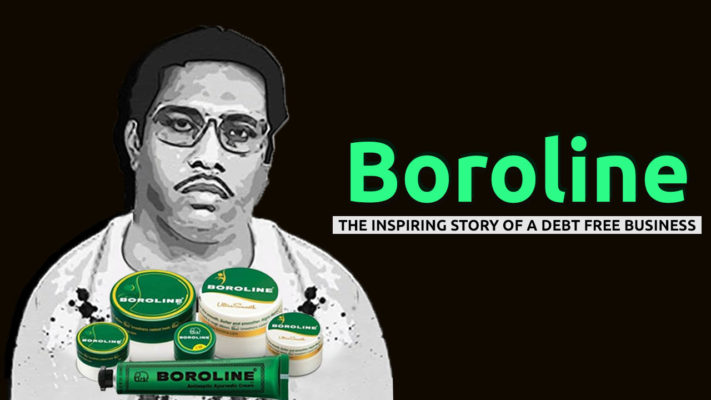 Boroline- An Emblem Of The Swadeshi Movement

Any person born and brought up in a Bengali household would not have missed out on listening to this jingle. For some of us, this jingle is synonymous to nostalgia – taking us on a trip to the lazy summer afternoons of the bygone days. And just as the TV channels in West Bengal seem loyal to the Boroline advertisement, the common people (sans any social and economic barrier) of the eastern Indian state swear by their favourite antiseptic cream, Boroline.

From healing burns to easing chapped lips, cracked heels, minor cuts and wounds, and curing dry skin – Boroline has been the one-stop solution for umpteen daily issues, since almost a century now. Don’t believe us? Do check it up with your Bengali friend or colleague. You’ll get your answer.

However, the saga of a quintessential Bengali person’s love for Boroline – which is essentially a mere skin cream – goes beyond all the probable profit margins and takes one to a tumultuous past, where this very cream was seen as an emblem of the swadeshi movement. In fact, it won’t be wrong to say that if any commodity can truly become the precursor to today’s Make-In-India initiative, it has to be our very own Boroline.

To understand this story, we have to rewind back nine decades – when a ravaged Bengal was toiling hard in a colonised India against its treacherous predators, the British. Under such circumstances, it was Gour Mohan Dutta’s GD Pharmaceuticals Pvt. Ltd. that gave the Indians their first home-borne perfumed antiseptic cream. Packed humbly in a green tube – which continues to be alike even today – this cream was noted for its skincare and medicinal benefits. It was seen as an outright protest against the foreign-made creams, which were sold in India at exorbitant rates back in those times. 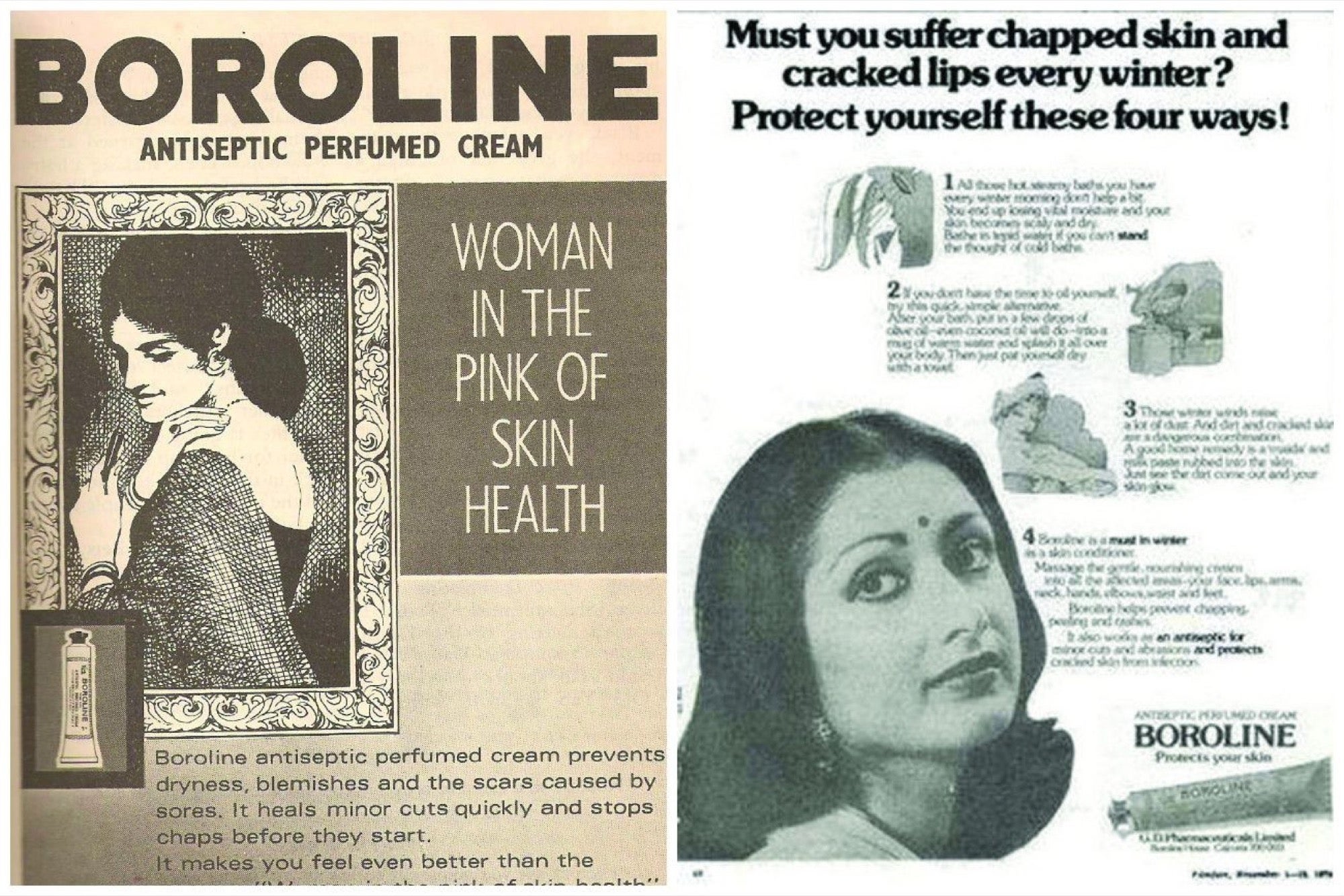 However, what is most remarkable is the fact that, perhaps, it is the only product or commodity that survived the Swadeshi movement and India’s struggle for independence, to carve out a niche for itself even in this modern era, where you find no dearth of skincare products, across all monetary range.

What Makes Boroline So Special Amidst This Plethora Of Myriad Beauty Creams?

Launched in 1929, specifically as an alternative to the British-made, excessively priced creams and lotions, Boroline has had a pretty steady and decent run along all these years. It would be pretty safe to say that Boroline has not had any downside curve in its sales and has been maintaining a decent pocket-friendliness, despite not compromising on its quality. What seems like a small-budget, rather underwhelming enterprise, Boroline has a steady turnover of Rs 150 crore – sans a debt of a single paisa – and banks on a concoction of herbal products to make this effective antiseptic cream. 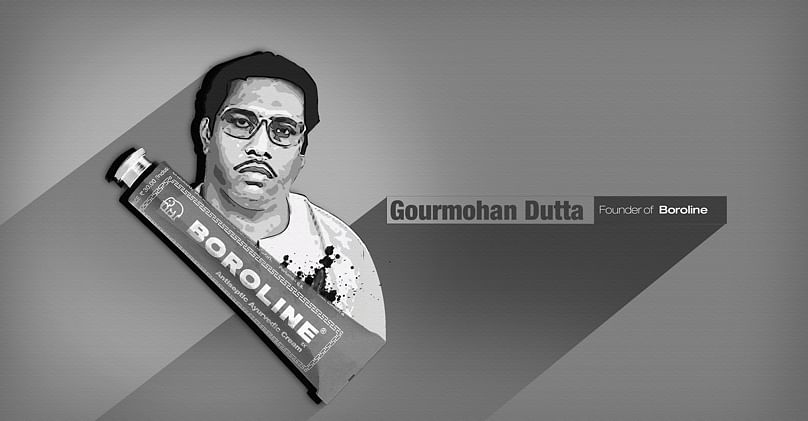 A product born and established in India’s bosom, Boroline makes use of tankan amla or boric acid, jasad bhasma or zinc oxide, paraffin, perfume and oleum (Latin for essential oils). However, what is quite surprising is that, despite its simple and transparent formula, the British in those days could not stop its popularity nor have any other Britain-made cream replace its magical aura.

“Its formula is no secret but several attempts to copy it has failed,” said 44-year old Debashis Dutta, Managing Director and also the grandson of the founder.

In fact, such was its popularity that even Bollywood actor Rajkumar and the first Indian Prime Minister Jawaharlal Nehru started using it. Well, in today’s standard it might not be beautifully perfumed, but it is definitely fragranced with a lot of memories and emotions.

Undying Focus And Effort To Maintain Efficiency And Product Quality

The enterprise GD Pharmaceuticals Pvt. Ltd. is now managed by the grandson of Gour Mohan Dutta, Debashis Dutta. According to Debashis, their company still follows the path showed by Gour Mohan Dutta. Despite there being a plethora of new (and perhaps cheaper) alternatives to manufacturing this cream, they stuck to their roots – using the same product and similar packaging, letting their product speak for its efficiency and not have the outer coverage or a revolutionized fragrance do so.

It is pretty startling to believe how a company – as old as Boroline – still manage to reap benefits and make themselves available at an extremely inexpensive rate. When it started out following Gour Mohan’s footsteps, it was made available specifically for the lower and middle-class Bengalis. Debashis Dutta, despite being a man of the day, has not forgotten this promise made by his grandfather to the nation, which is essentially why this particular cream still now represents the common Bengali household. It is a cream for the common people – but one with numerous benefits and not a cheap cosmetic anyway.

What started as a weapon to thwart Bengal from becoming a dumping ground of British-made goods has come to represent Bengalis across the world. And as Bengalis began travelling across the globe, marking their footsteps across various fields, so did Boroline – and we wish that this fragranced antiseptic cream will continue to mesmerize more generations to come.