[VoxSpace Life] Weed Talks : The Debate Around The Legalization Of Marijuana 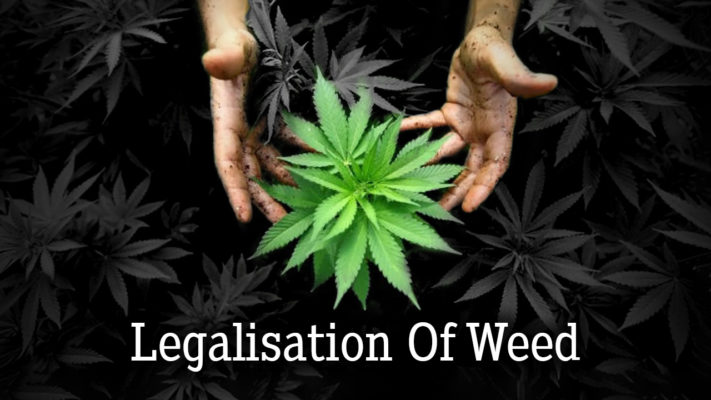 Marijuana Vs The Land Of Ayurveda

Last year in August, Union Minister of Women and Development Minister Maneka Gandhi had sought to make marijuana (aka weed) legal in India. The reason for the same cited some brilliant, never-heard-before usage of marijuana or cannabis, which can reportedly cure innumerable diseases and symptoms. In fact, this “recreational” drug has been upheld as one of the foremost medicinal drugs, not just by the modern medical practitioners but also by the Ayurvedic practitioners since ages immemorial.

When it comes to smoking or consuming marijuana or weed or ganja – as it is colloquially known as in India – as a medicinal herb, there are numerous countries across the world, which have identified its intrinsic usage. As a result of this, medicinal cannabis has been legalized in countries, including Uruguay, Canada, Romania, Netherlands and some of the states in the US. Yet, in India, where Ayurveda is known to have its roots, marijuana is still considered largely as an intoxicant and, hence, banned.

History Of Using Marijuana As A Medicine

We have always known that ganja or marijuana is harmful to health and though it might not be as harmful as the other drugs, it destroys your mind and body to a great extent. This widespread idea was so much advertised and proclaimed that people soon started forgetting marijuana’s essential aides. You would be surprised to know that cannabis’ medicinal uses can be traced to as back as 2000 B.C. It is said that it was the Chinese Emperor Shen Neng, who touted marijuana tea as the perfect cure to a host of ailments, such as malaria, rheumatism, poor memory and even gout. Not just in China, its usefulness was known to everyone from the Middle-east, Asia and even Africa.

As we are talking about the legalization of cannabis in India, it must be mentioned here that cannabis was used as an antidote to pain and stress since the Vedic ages in India. Such was its healing purpose that traditional physicians of ancient ages prescribed cannabis to annihilate excruciating pain emerging out of everything from severe toothaches to childbirth. According to Dr Uma Dhanabalan, a Harvard University graduate in public health, marijuana is one of the five essential plants to have been mentioned in the Vedas; the two other prominent plants being barley and soma. It was also prescribed as the perfect medicine to cure leprosy.

But, It’s Regarded As A Drug

If you know about India’s Ayurvedic medicinal history or have an in-depth knowledge about the Vedic medicines, you would know that marijuana was validated as one of the most important medicinal herbs back in the ancient days. So, when did this maverick tonic lose its essentiality in our country and come to be endorsed as a drug alone? The answer might have two sides to it.

Marijuana is an intoxicant, which has both short term and long term effect. Have you ever saw some “weird” fellow visually stoned or high after smoking what looked like cigarettes? If you have, remember he is under the influence of ganja or cannabis or marijuana. Wikipedia lists the short term effects as “a decrease in short-term memory, dry mouth, impaired motor skills, red eyes, and feelings of paranoia or anxiety.” Long-term effects include addiction and decreased mental ability, especially on those who smoke weed way too often and from a young age.

However, if you perceive the above-mentioned effects of marijuana and compare the same with those of alcohol, you would not really find any startling difference between the two, except the former being a recreational drug and the latter being more of a social decree. So, why is it that alcohol, which seldom has any medicinal benefit, is allowed and legal in most countries while there is a ban on cannabis in most parts of the world? Well, the foremost answer to this discrepancy or ban may be the incessant pressure from the liquor lobby and the government. Had cannabis been legalized in India, since it’s a grass, it might have been grown by every other person in their balconies and backyards, which would have definitely proved to be detrimental to the liquor companies, pubs and other bar owners. Besides, the liquor lobby reaps huge profits to the government in forms of taxes and other revenues, which may not have been the way it is if marijuana was made legal in our country.

When Was Marijuana Actually Criminalized?

There was not any legal barrier imposed on marijuana’s intake in our country till 1838. That year marked the first ever attempt to criminalize cannabis. However, it was only in 1961 that marijuana was actually criminalized with The 1961 International Treaty of Single Convention on Narcotic Drugs, which imposed a ban on weed by clubbing it with other heavy drugs, such as cocaine, heroin, etc.

However, it is to be noted that due to bhaang’s importance in Hinduism and its requirement in celebrating various festivals, it was exempted from the list. Thereafter, in 1985, The Narcotic Drugs and Psychotropic Substances (NDPS) Act was enabled, which further prolonged this ban by putting a restriction on the production and sale of cannabis flowers and resin. However, once again, it did not ban the use of leaves and seeds – which are specifically required to make bhang or siddhi, required in offering prayers to Lord Shiva. The states were, however, bestowed with the responsibility of regulating the latter.

Is Profit-Making Taking A Toll On People’s Health?

Like we have read above, marijuana is NOT a profitable entity for the government. Alcohol is. And, also, tobacco is. This is perhaps the reason the government has been allowing the consumption of tobacco in various forms – albeit with a tagline that consumption of the same is injurious to health – but curbing the use of marijuana. Tobacco has been proven to be one of the strongest causes of oral cancer and other respiratory diseases yet, apart from a tagline or an associated video, there has been no effort on the government’s part to curb smoking cigarettes or biri or chewing gutka.

It is definitely not that we are championing the cause of marijuana. It is definitely heinous if consumed in tremendous level. However, if you weigh its pros and cons, the pros definitely outshine the cons. Besides, the ban on the same is not really stopping its usage. People are black marketing cannabis to satiate their recreational dosages. However, with the Women and Child Development Ministry’s recommendation, the medical marijuana activists may just hope for a positive result. Let’s hope for the best.