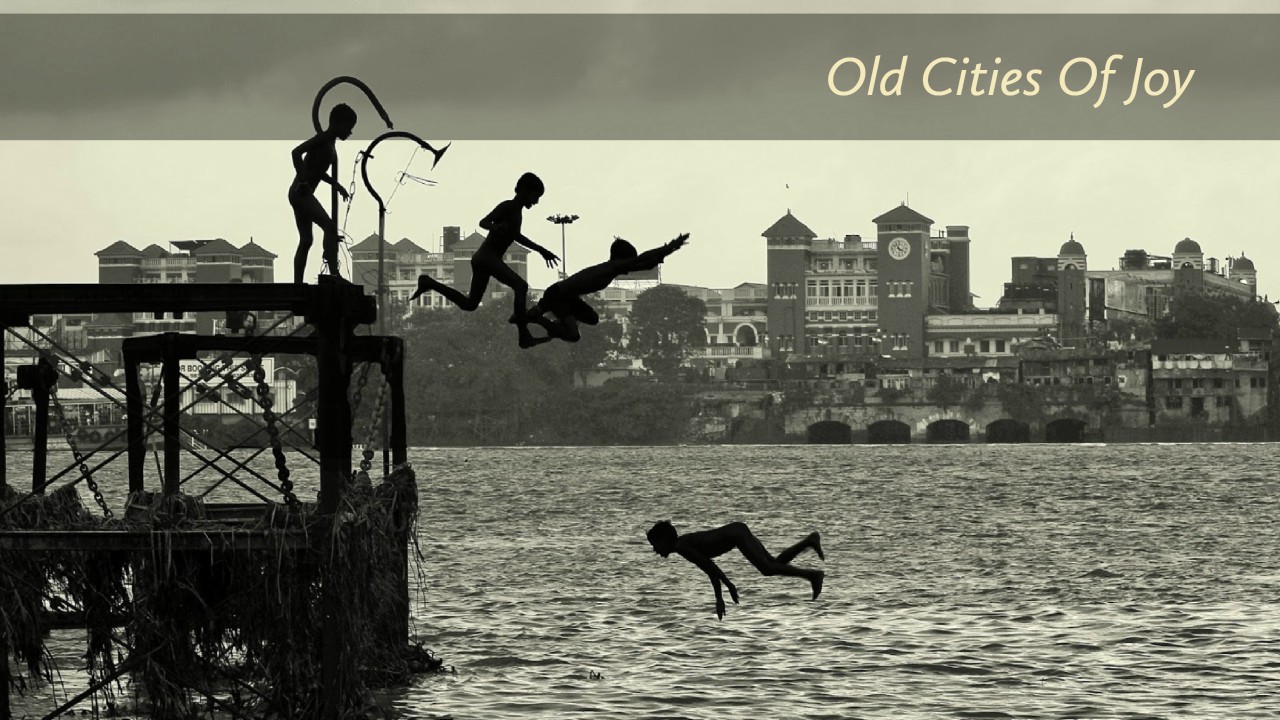 “I was in Mumbai a few years ago and it was Bombay.”

This statement may come across as odd to many but it does make sense at the end of this article. You see I herald from Calcutta and not Kolkata and I have worked in Dilli and not Delhi for a better portion of my life. No matter how modern cities go, there will always be something inherently old world about them.

It, perhaps, stems from the fact that it has been there so long and has been celebrated time and again in movies, literature, memoirs and the likes. When you walk in “Dilli” in a warm sultry day and make your way towards Mirza Ghalib ki Haveli Gali Qasim Jan, Ballimaran situated in a forgotten corner of Old Delhi, there is a palpable excitement in your romantic heart. You know this is the Delhi that has housed the literary greats and has its roots dipped into culture no matter what the outer sheen is, which tries to project now with big auditoriums and luxurious malls. It is the same city where Urdu flourished and at nights “mehfils” came alive. It may not have been Lucknow but it was not in any way less of an opulence.

The Glorious Lanes Of Dilli… The city of forts and emperors is too busy these days for romantics but in some way or the other, it lets you know that there is history in every step of the way. Even when you are sitting in Hauz Khas on a weekend trying to unwind with a drink in your hand, you can’t but help, for a brief minute, but take a stroll in the old ruins past that gate with a single guard on weekdays and wonder where you have landed yourself.

Even with Mirza Ghalib ki Haveli, the contrast is striking. Unless you are really looking for Mirza, chances are you will never find him in the labyrinth of lanes that are almost bursting at the seams with electronic shops and iron scrap dealers. Hiding somewhere in a corner is a small bit of old ‘Dilli’ hiding itself, keeping the flickering light alive. You stand in front of the bust of Mirza and for a moment, you travel back to the past. You want to mutter under your breath, some of his famous couplets as if trying to soak in the fading aura.

Words, words, words – words that have been echoing down to the corridors of time to you and yes,

I, being a Hindu, never felt out of place sitting in Hazrat Nizamuddin Dargah, Gurudwara Bangla Sahib, Jama Masjid and looking into their majestic structure and searching for my belief. ‘Dilli’ does that to you and I will forever be indebted to the capital for it.

The Exquisite Taste Of Calcutta… Since I have been talking about Mirza Ghalib’s home for so long, I should go back to my own city. After all, Mirza was here and had stayed for quite a considerable period of time in order to appeal to the East India Company to restore the pension that he had received. Mirza wrote about Calcutta,

“Kalkatte ka jo zikr kiya tu ne hum nasheen, Ik teer mere seenay mein mara kay haye haye” and as I walk on the streets, I get a whiff of what might have enthralled the great shayar.

Bengal and at his heart, the crowning jewel of the British Empire, Calcutta must have been a sight to behold in those times. Literature by the gaslights and rebellion of foreign rule under the open sky –  what a treat to behold and fall in love with. No wonder the poet recollected his time spent here fondly. Calcutta or Kolkata hasn’t changed much, like other cities, it, too, has received a dosage of the modern update but it still holds on to its erstwhile grandeur and heritage.

Take a walk in its streets and you will find that there are the same imprints that have been etched in your mind, thanks to the books that you have read while growing up, the obsession with tea and the perennial need to debate on almost everything still holds true once you have settled yourself comfortably in any of the makeshift establishments found at every corner of the city.

Consequential Rush Of Blood In Bombay… So, when it came to visiting Bombay, I was a tad bit sceptical. What is the expectation that I should take along with me? Should I trust the black and white era of “Ae Dil hai mushkil jeena yaha, Zara hat ke zara bach ke, Ye hai bambai meri jaan” or should I take it as the heartland of mafia activities as Ram Gopal Verma had made me believe or should I just take it at its face value? The face value that I am talking about is that Mumbai is a city that never sleeps, has no time for anyone, is continuously evolving and churning out people from its belly.

…Mumbai has so much history attached to it that a novel would finish and yet we would be able to barely scrape its surface. Stories about Parsees, the industrial revolution, business, cinema, crime, hope, aspirations, and faith; all crammed into a city of million hopeful eyes.

When my train stopped and I looked outside, the city didn’t flinch. It was the same hustle that I have heard in Dilli, Calcutta, the same sound of hawkers and drivers. Even the famous kali-peeli cabs were a shout out to my own city, where similar taxis still command a considerable section of public transport, yes even among the crowd of private cab-aggregators!

The BEST buses, the iconic moving monuments of the city that I have read about so many times in books and seen in movies were there and so were people, the same melting pot of humanity that I have seen in the comfortable cocoon of my very own home city, in the nation’s capital and now in here. The Chhatrapati Shivaji Terminus railway station didn’t see me as a stranger and neither did I feel like one. In the evening sitting on a table at Britannia & Co. Restaurant sipping Fresh Lime Soda, I couldn’t help but chuckle at the notion that I might be the last generation of romantics to call – Mumbai as Bombay, Kolkata as Calcutta and Delhi as Dilli.

At the end of the day, these cities are more than just tracts of land crowded with people; they are entities looking at us and jotting them down as footnotes in history.