The Order Of The Solar Temple : The Suicide Cult That Shook The World 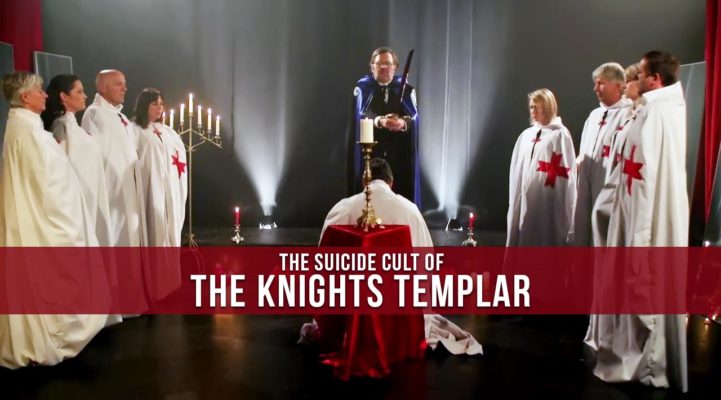 The Shocking Truths Of A Bizarre Cult

Founded by Luc Jouret and Joseph Di Mambro,  The Order of the Solar Temple’ or also known as ‘Ordre du Temple Solaire’ is a secret cult or society which is believed to be based on the ideological perspectives of the Knights Templar. The leader of this obscure cult, Joseph Di Mambro, is known to have brainwashed his followers into believing that he was, in his previous life, a part of the Christian Order of the Knights Templar that dominantly operated in the 14th Century. Furthermore, he led them to believe that Emanuelle, his daughter, was “the cosmic child”.

The mysterious cult came to light in 1994 when in a shocking event, 23 corpses were discovered in Fribourg at a Swiss Canton and another 25 corpses were discovered in Valais. It had only been 5 days since three people were murdered in Canada –a couple from Switzerland and their baby son, Emmanuel Dutoit, who was believed to have been the Antichrist and was stabbed repeatedly to death by a wooden stake. The suicidal acts of the cult continued from 1994 to 1997 and in totality, a shocking number of 74 followers of the cult had committed mass suicide.

The Conception Of The Suicide Cult

The leader of The Order of the Solar Temple, Joseph Di Mambro, had been previously described as “a confident trickster who made a successful career out of masquerading as a psychologist.” Mambro started to be acquainted with occultism in the 1950s and became associated as a member with ‘The Ancient and Mystical Order Rosae Crucis’. Within the next few years, he founded the Golden Way Foundation that, apart from making money, aimed at forging connections between people who were interested in occultism. It was in this institution that he met the co-founder of the cult, Luc Jouret.

Jouret and Mambro met Michel Tabachnik in the Golden Way Foundation, who later testified against the cult members charged with the offence of murdering children for occult practices. In between the years 1979 and 1989, the duo established the ‘International Chivalric Organization Solar Tradition’ in Switzerland. Not much spared, Jouret organized the ‘Amenta Club’, that had him deliver lectures on the scope of alternative medicine and on spirituality.

This paved the way for some additional funding while also attracting a wide range of followers. Only a privileged few members from the club gained the opportunity to be associated with and initiated in the Order of the Solar Temple. This, provided they handed over their monetary assets to the society and agreed to strictly abide by the rules of the cult. The headquarters of the Order was placed in Zurich, where 33 members, who were considered leaders of the society, formed a council and lived. 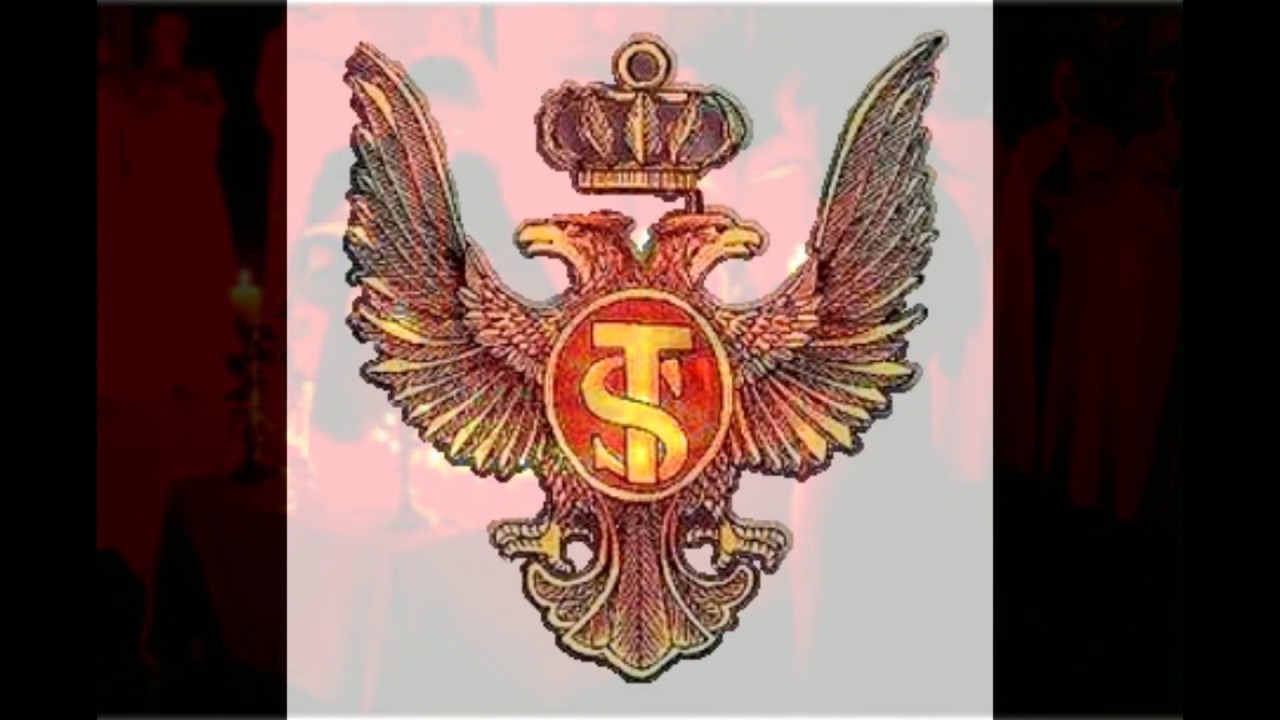 The esoteric suicide cult and all its followers believed unanimously in the idea that the 14th Century Order of the Knights Templar continues to live. Not unlike most cults, the Order of the Solar Temple had power, sex and money as the core of its functioning dynamics. The “Synarchy of the Temple” had the dominant authority over the cult. The cult activities saw a merging of the early Christianity with New Ageism and several Freemason rituals.

The cult primarily had three aims –to correct the ideas associated with power and authority, to arrange for Christ’s second coming as the solar King and God, to await the merging of Islam and all Christian cults.

The apocalyptic growth of the Order of the Solar Temple began in the 1980s, when Jouret, in his sessions, began delivering lectures about the catastrophic upheavals threatening the continued existence of the planet. Not only did he convince his followers that he had been a part of the Knights Templar in his past life, but also made them believe that he was Jesus Christ himself in his third incarnation.

His lectures indicated at the possibility of the members being able to leave their earthly bodies and meeting once again through the “Death Voyages” that would bring them to a star called Sirius. According to Jouret, the world would meet its end due to the cataclysmic environmental harm that the humans bring on the planet and only a few people, the members of the cult, would have the privilege to leave the planet and reach Sirius, transitioning through fire.

The members of the Order of the Solar Temple started noticing a variation in the behaviour of Jouret in the 1990s when he began to become excessively erratic and sexually obsessed. Soon, it became known to the members that before every ritual, Jouret would initiate sexual encounters with any one of the women members of the cult and claimed that such sexual encounters provided him with the strength required for performing the ceremonies. Joining in with Jouret, Mambro began exerting his power over the followers for acquiring money and sexual favours.

The duo was responsible for the breaking up of several marriages demanding that none of the pairs was “cosmically compatible”, while they engaged in sexual encounters with the recently singles wives on the side. There had also been reports claiming that the duo had recruited Tony Dutoit, a member of the cult, to mount devices within the sanctuaries in order to project illusions that would trick the followers. However, in a turn of events, Tony Dutoit revealed the fraud actions of the duo to the cult members, who were outraged for having been manipulated and such course of events caused the cult to lose many members.

Following the discovery of the fraudulent activities of Jouret and Mambro, the Dutoit family became a target of the betrayed duo. In an urge for vengeance, Mambro declared Tony’s son, Emmanuel, who was an infant at the time, to be the Antichrist. On 4th October 1994, Mambro gave orders to two of the cult members to execute a ritual killing of Tony Dutoit and his family including his wife and infant son. Tony Dutoit was stabbed to death with repeated strikes of 50 in number, his wife, Nicky, stabbed repeatedly 8 times and his baby son, Emmanuel, stabbed to death with 6 repeated strikes.

The Mass Suicide Of The Cult Members Approximately, within a span of twelve hours since the murder of Tony Dutoit and his family, a lodge in Switzerland was reported to be on fire. On entering the building, what the firemen witnessed shook the entire world. In a dramatic arrangement featuring walls of mirror and crimson coloured curtains, a total number of 22 corpses were displayed on the floor forming a pattern of the shape of the sun. Among the 22 corpses, nine were of men, twelve were of women and the last one was that of a boy of twelve years.

Most of the corpses were discovered wearing the ritualistic robes of the cult. As reported, 19 of the total corpses were shot in their heads among which some were wrapped in plastic bags with hoods. In the next few hours, another farmhouse that was known to belong to the Order of the Solar Temple had caught fire and when the firefighters reached the spot, a total of 25 corpses were found, all of whom were reported to have died from an overdose of drugs.

Among the 25 corpses, five were of children including Mambro’s “Cosmic Child”. Among the corpses, were also found the dead bodies of Joseph Di Mambro and Luc Jouret along with the two members who had murdered Tony Dutoit and his family. On the property, a tape was discovered that revealed the following conversation between Jouret and Mambro:

“Mambro: People have beaten us to the punch, you know.

Jouret: Well, yeah. Waco beat us to the punch.

Mambro: In my opinion, we should have gone six months before them… what we’ll do will be even more spectacular…”

A year later of the two mass suicides, in 1995, a third mass suicide was reported in France where 16 corpses were arranged in the pattern of the shape of the sun, similar to the Switzerland mass suicides. Just like their predecessors, these members were also found wearing plastic covers over their heads, drugged and shot.

One and a half years later, in 1997, there was a fire reported in Quebec. On the arrival of the firefighters, few children came out of hiding from a shack and claimed that their parents had drugged them and wanted them to commit suicide along with them. However, somehow, they had negotiated their life out and had managed to escape. A total of five corpses were discovered at that spot, bringing up the count of the suicides of the members of the cult to 74.

Since most of the members of the cult who were found dead were either shot or drugged, there have been doubts arising regarding the assumption if they had actually been willing participants in the apparent mass suicides. Most of the dead members allegedly have died in the hands of others. Investigators had even discovered bruises, both new and old, on some of the corpses, thereby suggesting prior and prolonged violence exercised on them.

In the opinion of a few experts in this case, the signature mass suicides of the ‘Order of the Solar Temple’ are not yet over, suggesting that there are more members of the cult living presently and who might follow in the footsteps of their prior leaders. However, though no such suicides have been reported yet, the possibility of the existence of the members of the Order of the Solar Temple in the present day cannot be dismissed with absolute certainty.