10 Most Disturbing Books Ever Written Which Are Sure To Mark You Deep..! 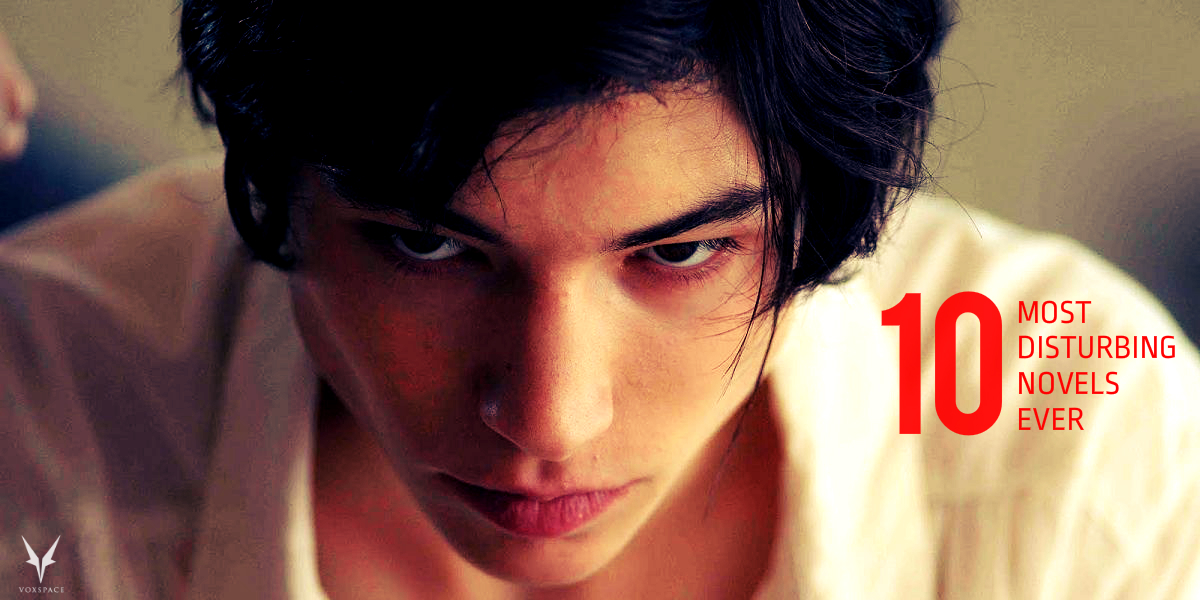 There are books you adore, books you hated (high school curriculum anyone?), books that bore you to tears and books that changed your life forever. Novels so horrifying that, even though they can make you physically ill, you just can’t put them down. But you just wish you had. Ladies and gentlemen, we give you a list of the most disturbing books ever written. And we’re not talking about B-series zombies, shock-for-shock-value cheap literature. This is the scariest type of horror, horror of the heart. We’re talking intense, profound, lesser known literary gems. But be warned. It’s not for the faint of heart or the squeamish.

Made into a classic transgressive horror film by Pier Paolo Pasolini, De Sade’s book is way more disturbing than the movie can ever be. And the movie is just sick. You know the word sadist, right? Guess where it comes from? De Sade. That kind of sums it up.

9. The Girl Next Door By Jack Ketchum

Oh, boy. What a ride this is. And it’s even more disturbing since it was inspired by a true event. It tells the story of a girl who gets kidnapped, tied up in the basement and tortured to death by her aunt and cousins. It’s never gratuitous, but always a blood-curdler.

8. We Need To Talk About Kevin By Lionel Shriver

What is more disturbing than an evil kid? An extremely diabolical evil kid in a psychological/philosophical novel. This award winning novel (also a successful movie) deals with the dark side of maternity, parenthood and what it means to raise a deeply difficult offspring.

Joyce Carol Oates could make a top ten most disturbing books only on her own. Known for writing intellectual horror, this prolific author has written over forty novels and short story collections that deal with heavy matters. In Daddy Love she dissects the terrifying mind of a serial child murderer and the devastating consequences of losing a child. Joyce Carol Oates did it again.

Reinventing gothic horror is not very easy but Patrick McGrath does a terrific job with Spider. Few others writers have managed to get inside the schizophrenic head so accurately and realistic. A must read if you’re into psychological/psychoanalytical novels with a very unpredictable twist. Also a made into a movie by cult director David Cronenberg.

5. The Necrophiliac By Gabrielle Wittkop

Death and Eros? Just words. Sex with fresh corpses? Deeply disgusting. But if you can get past the stomach turning details of this short novel, you will discover a strange kind of poetic beauty and aliterary masterpiece. Not for the easily disturbed.

From the cult writer of Fight Club, we give you Haunted. A short story collection famous for Guts, the story that made people faint at a public reading by the author. You will find it all in here: sexual deviancy, murder, death, disease, existential questions and many, many more.

It’s hard to find a book so frightening as it is lyrical, but The End Of Alice is by far one of the best out there. It caused a lot of controversy when it was first released because it deals with an imprisoned psychopathic child killer that poisons the mind of a bored girl whom he corresponds with and gets her to do hideous things without ever meeting. Exquisitely written, extremely disturbing.

From cult gay author comes a book that tackles very serious issues like child abuse, underage prostitution and alien abduction. Made into an award winning movie, the book is way more explicit and poetic than the movie (and we loved the movie). It’s heartbreaking and devastating, but with a ray of hope shining through nevertheless.

WHAT DID WE JUST READ? It wasn’t difficult to find a number one in our most disturbing books ever written. But disturbing is a mild word when it comes to this book. It immediately reached cult classic when it first appeared and it’s one of the most difficult books we’ve ever read. It’s shocking, original and visceral. We won’t divulge anything about it except that it turned us into vegetarians. And some of our colleagues lost their lunch while reading it. Sorry, Mike.

Honorable mentions: American Psycho by Bret Easton Ellis, Blindness By Jose Saramago, The Wasp Factory by Iain Banks, The Pianist By Elfriede Jelinek, The Little Girl Who Was Too Fond Of Matches by Gaetan Soucy, Why the Child Is Cooking in the Polenta by Aglaja Veteranyi.